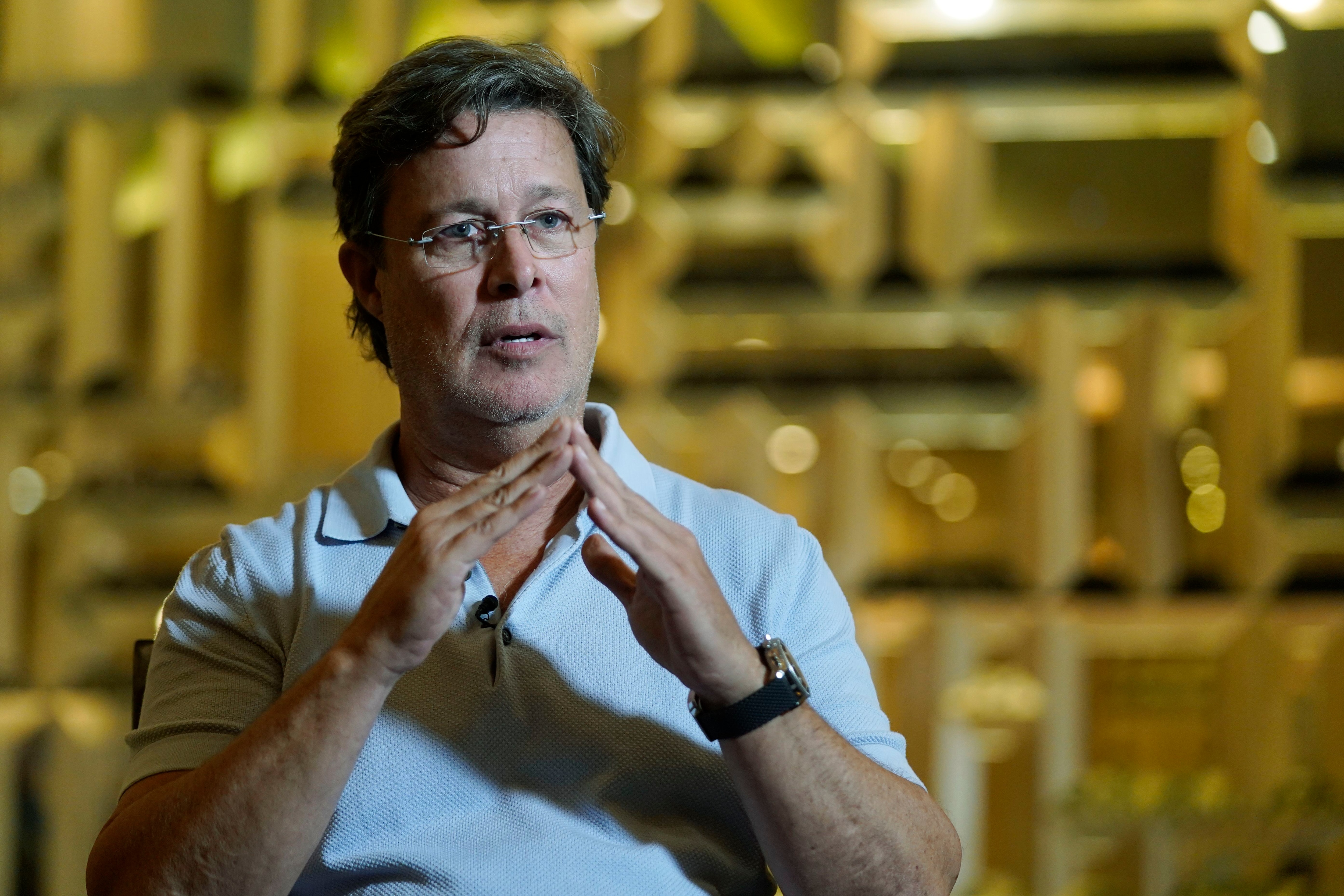 Jonah Handler’s miraculous rescue from one of the deadliest building collapses in U.S. history might seem to have an obvious parallel, given his name.

The teenage boy fell from the 10th floor of the beachfront condo tower that collapsed a year ago in Surfside, Florida, killing 98 people, including his mother. He landed in a crevice, trapped inside a pocket amid fallen concrete. A man who had been walking his dog saw Jonah’s hand waving from the rubble and got help.

For his father and others, the rescue brings to mind the Old Testament tale of the prophet Jonah, swallowed by a whale sent by God to save him from drowning.

“Plucked from the jaws of death,” Neil Handler said in an interview with The Associated Press. “I truly believe that God puts people in situations that help us build character.”

Now, Handler is sharing his son’s journey to physical and mental recovery as they start a foundation to help families and first responders dealing with post-traumatic stress disorder, like Jonah.

Handler said he decided to start the charity in memory of Jonah’s mother, Stacie Fang, after seeing the pain in the eyes of the people who pulled his son from the rubble.

Images of a first responder carrying Jonah on his shoulders offered hope to rescuers and the world as the search and rescue mission extended for 14 days. He was one of only three survivors. Fang died after being taken to a hospital, becoming the first victim identified by authorities. The family immediately requested privacy and Handler declined interviews until recently.

Jonah’s father had kept the aftermath of the collapse private to protect his son, who is now 16.

The boy spent five days in the hospital, suffering from compression fractures in his back, and was in a brace for two months. He started therapy to cope with his loss and trauma. When thunderstorms roll in, Handler said, he gets frightened.

“Every doctor, every psychiatrist I spoke to said that he’s no different than a combat veteran who just came back from war,” Handler said.

He said Jonah, a high school baseball player, went back to class and was treated like a “regular kid” to return to a sense of normalcy.

Often, the father tries to keep things light. On a recent day, they were going through a list of unclaimed items recovered from the debris. Handler was looking for jewelry he knew was important to Fang, such as a ring passed down from her father. Jonah, on the other hand, was looking at the signed baseballs.

“He said, ‘I didn’t know so many kids in my building liked baseball,’” Handler said. “He goes, ‘Do you think we can get them?’”

The day before the collapse, Jonah and his mother had returned home from seeing her brother, who was visiting Palm Beach County from New York.

Handler and Fang had separated but had a good co-parenting relationship, and he suggested letting Jonah spend the night at his place nearby so she could go see her boyfriend. …read more

These companies vow to cover employee travel expenses for abortions