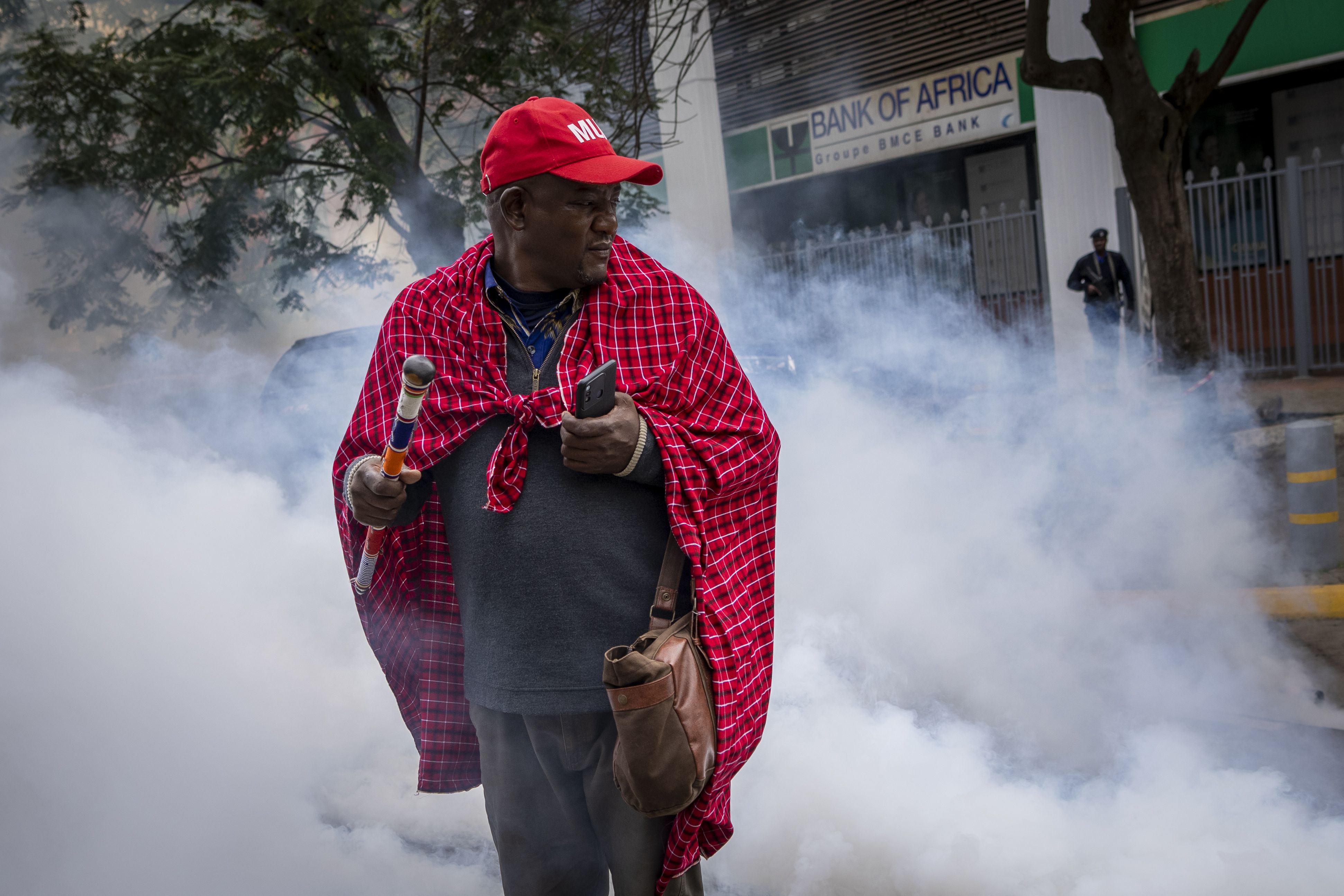 The appeal by the Masaai community of Loliando on Thursday follows a violent confrontation with Tanzanian security forces two weeks ago which forced many of them to flee to neighboring Kenya.

A decision by the East African Court of Justice on the politically sensitive issue was expected this week but has been postponed until later this year due to “unavoidable circumstances,” according to a court notice.

“We are being accused by our government as being destroyers of our environment and denied citizenship of Tanzania,” said the Maasai in their letter to the U.N. biodiversity meeting. “This is the fourth forceful eviction from our land. And our leaders languish in detention in big numbers. 20 of them are being charged with murder. We cannot tell the world of the happenings because media is banned from covering our story.”

Cases of abuse, torture and large-scale evictions continue to be reported among Indigenous communities as observed in Tanzania, where the Maasai community says it faces displacement to create a protected area for hunting.

The Maasai leaders were joined by civil society actors and other Indigenous community leaders in their calls for the inclusion and recognition of Indigenous land, territories and tenure rights in the framework, which is expected to be endorsed by world leaders when they meet in Montreal, Canada in December this year.

“The only way this can be a strong instrument is by incorporating and ensuring a strong human rights element and respecting the role of Indigenous peoples and local communities,” said Lucy Mulenkei, the co-chair of the International Indigenous Forum on Biodiversity, at a press conference on the sidelines of the negotiations.

The Indigenous forum has also called for free prior and informed consent of land use as well as a sound financial mechanism for conservation.

“If we don’t have a framework to protect nature that truly recognizes and respects the rights of Indigenous peoples and local communities, who are actually conserving biodiversity humanity is going to be in danger,” said the Indigenous forum’s Ramiro Batzin.

The global biodiversity framework is set to replace the older Aichi Biodiversity Targets, that were agreed by the U.N. parties at a convention on biological diversity in 2010 in the Japanese prefecture of Aichi. None of the Aichi agreements’ 20 targets were met by the time the 2020 deadline elapsed. The ongoing Nairobi negotiations are a carry-over of intensive negotiations after failure to secure consensus in Geneva in March this year.

Key issues are still up for debate, with richer countries disagreeing with developing nations on several sticking points, such as benefit-sharing, removing incentives for harming nature, biotechnology and financing for developing countries to strengthen national aims and technology.

The proposed biodiversity framework is seeking to comprehensively tackle a number of global environmental concerns including pollution, climate change and other human-caused impacts on …read more

Haggis held at hotel ahead of Italian hearing in sex case