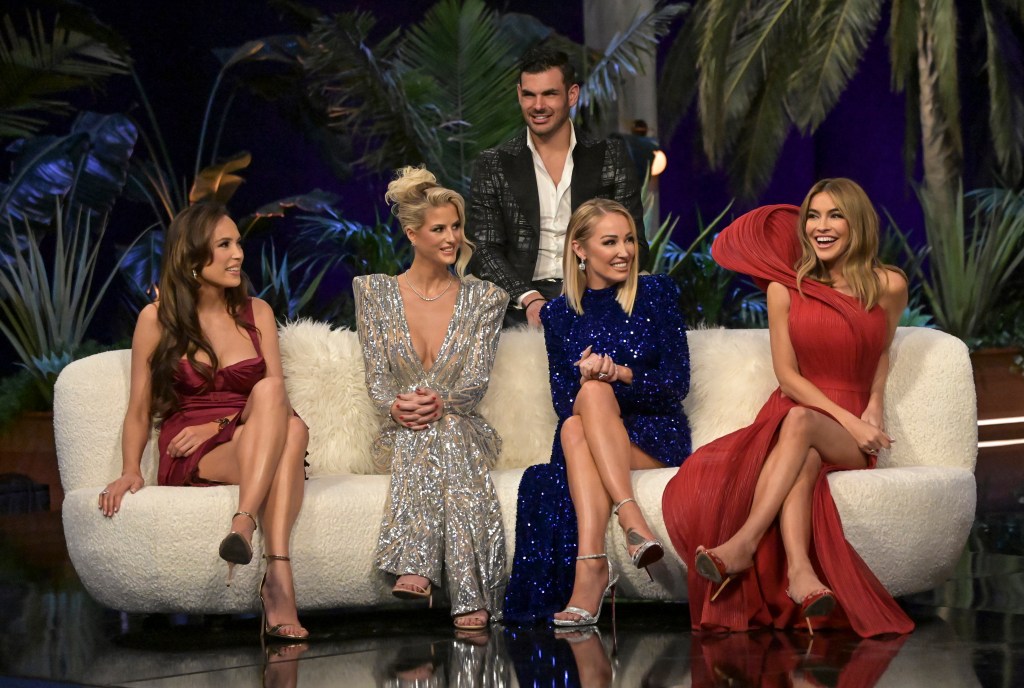 Selling Sunset fans rejoice, as the popular reality programme has been renewed for not one, but two more seasons, Netflix has confirmed.

The show follows the likes of Chrishell Stause, Christine Quinn, and Mary Fitzgerald as they navigate their personal and professional lives working as agents in Los Angeles.

Season five dropped only a few months ago, yet production is expected to begin on the next two seasons this summer.

Unsurprisingly, followers have gone wild over the news, with fans quoting Netflix’s post with their delight.

BREAKING: Selling Sunset has been renewed for a sixth *and* seventh season! Production will start this summer. âï¸ pic.twitter.com/vm8PUn4mLQ

‘I CAN’T WAIT,’ one yelled, as another commented: ‘Netflix providing the serotonin I need.’

The last season was explosive, although Christine was noticeably absent from the Selling Sunset reunion (Picture: Netflix)

The upcoming season will be a little different, as fan-favourite Maya Vander has reportedly quit after revealing she suffered a devastating miscarriage at 10 weeks.

Hours after the luxury real-estate agent revealed she had suffered a miscarriage just months after a stillbirth, reports emerged that she is leaving the series to focus her efforts on her family and her Miami-based business.

Maya is said to have quit Selling Sunset after five seasons (Picture: Netflix)

Sources told TMZ that Maya made adjustments to her real estate credentials to join the real estate firm Compass.

Producers had hoped to Maya return for the next chapter of Selling Sunset, however, insiders have claimed the travel between Miami and Los Angeles had been taxing for her.

Another firm favourite who may not be returning next season, despite providing almost all the drama, is Christine, who has quit the Oppenheim Group and insisted that she’s ‘happy to be free’.

Following the explosive season five reunion, real estate broker Jason Oppenheim confirmed that the 33-year-old no longer ‘has a place’ at the company.

The luxury realtor has revealed that she and husband Christian Richard have set up their own business together, announcing the news with cryptic comments about being your own boss.

Although the star isn’t part of the agency anymore, she recently reassured fans that she’ll be back but she will have to be ‘creative’ about her comeback.

Christine (middle) is a fan-favourite of the phenomenal series (Picture: ADAM ROSE/NETFLIX)

Elsewhere, the latest season saw the arrival of newbie Chelsea Lazkani, who quickly made her mark on the show after her British accent and iconic looks.

Chatting to Metro.co.uk about being the latest addition to the team, the 29-year-old discussed the incredible reaction that she had received from fans …read more

Woman claimed she was bedridden to con more than £620,000 out of council

Beauty guru shows how to use the Maybelline Tattoo Brow as brow tint, eyeliner and lip liner