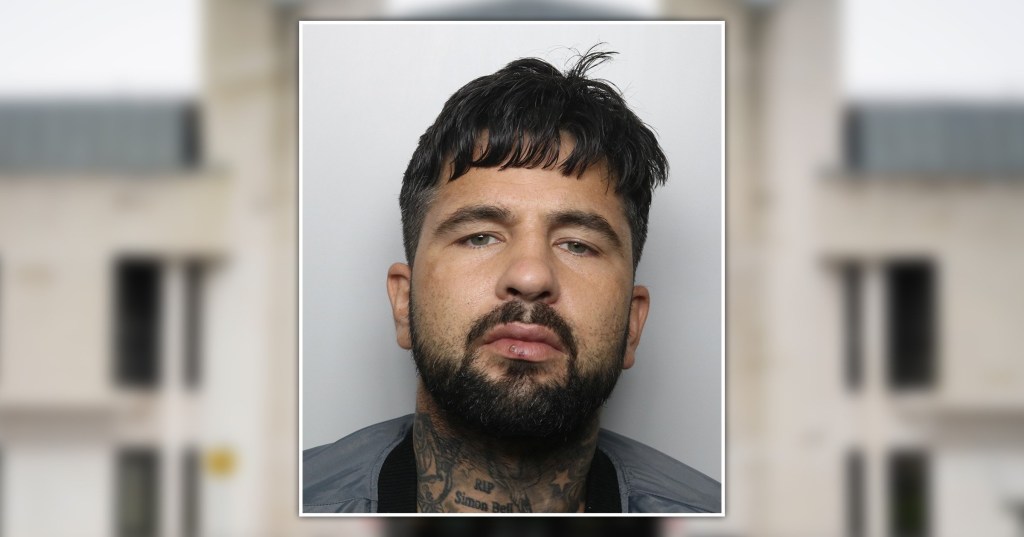 The judge said Hassan presented a danger to women and ordered him to register as a sex offender for life (Picture: Wales News Service / Getty)

A ‘dangerous’ sex offender who filmed himself raping a woman while she slept has been jailed for 10 years.

Cameron Hassan, 32, pounced on the woman after finding her in a deep sleep.

He then used her mobile phone to make an explicit and degrading video of the late-night sex attack.

When the woman discovered the video on her phone she called the police and Hassan was arrested.

He initially denied rape, but changed his plea to guilty when the jury in his trial was shown the shocking footage.

The court heard when the woman woke up during the rape and Hassan called her a ‘whore’ before telling her to go back to sleep.

Prosecutor Nicola Powell said: ‘When arrested the defendant denied raping the woman and said it was role play and the woman was pretending to be asleep.

‘He said she was aware he was filming but she didn’t like the video because her face was on it.’

In a victim impact statement, the woman said the attack had left her on anti-depressants.

‘I have night sweats and flinch if anyone goes to hug me,’ she said.

‘I now have serious trust issues and I’m worried how it will affect me in the future.’

Paul Hobson, defending, said his client had used the woman’s mobile phone which provided the evidence that ‘prompted his guilty plea’.

‘He feels disgust about his behaviour – the filming is the main aggravating factor. He is the author of his own misfortune.’

Girl, 3, was ‘left inside water tank by parents’ while they went to work

Girl, 7, dies two days after being pulled from hotel pool in Majorca

Dyfed-Powys police praised the woman’s bravery in coming forward to report the rape.

Detective Constable Sophie Lambert said: ‘I must commend her tremendous courage in coming forward and the tenacity shown throughout the investigation.

‘We hope this case demonstrates that Dyfed-Powys Police acts on serious allegations such as rape and sexual assault with officers working tirelessly to secure justice for victims.’

Judge Geraint Walters said Hassan presented a danger to women and ordered him to register as a sex offender for life.

Sentencing him to 10 years behind bars, Judge Walters said: ‘You came upon a sleeping, snoring woman and filmed her private parts and then filmed the sex act you carried out on her.