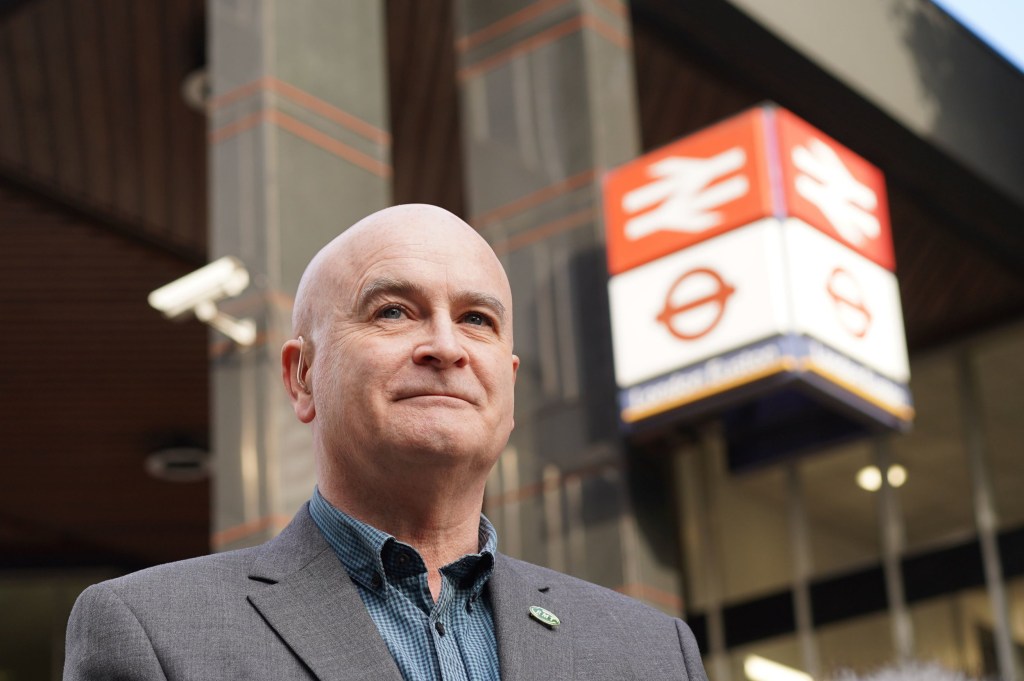 RMT general secretary Mick Lynch has been on the picket line outside Euston station in London, as members of the Rail, Maritime, and Transport union begin their nationwide strike along with London Underground workers (Picture: PA)

The UK has been rocked by the largest rail strike in more than 30 years.

National Union of Rail, Maritime, and Transport Workers (RMT) members have been striking due to conditions, pay, and redundancies.

The strikes have caused chaos across Britain with people warned to avoid any unnecessary travel as widespread disruption is expected.

Strike action began on Tuesday, and will continue today and tomorrow.

Union leader Mick Lynch has been the face of the strike, negotiating behind the scenes and speaking to the media about the action they’re taking.

But who is Mick Lynch, and what is his salary?

Here’s what you need to know…

Who is Mick Lynch?

Mick Lynch is a British trade unionist who has served as the general secretary of the RMT since May 2021.

Mick Lynch is the general secretary of the RMT (Picture: Ben Cawthra/LNP)

The 60-year-old grew up in the Paddington area of London and left school at the age of 16 and qualified as an electrician.

He began working in construction and joined a union which led to him being blacklisted from the trade, which he later received a large settlement for.

Unable to find work, in 1993 Lynch began working for Eurostar, and became active in the RMT.

Despite stepping down from the role, Lynch won an election and took the role on permanently in 2021.

In this role, he has become a key figure in the current rail strikes with thousands of RMT members taking part in planned strikes over jobs, pay, and conditions.

What is Mick Lynch’s salary?

There has been some debate over how much Lynch is paid in his position.

It is widely reported that the trade unionist is on a salary of £84,000.

There has been some debate about Mick Lynch’s salary (Credits: PA)

However, in an interview on TalkTV, it was alleged by Piers Morgan that he is paid more than £124,000 – a figure that Lynch denied.

According to The Sun, Lynch has reportedly earned £763,000 in salary and benefits since he joined the union in 2015.

What has Mick Lynch said about the rail strikes?

Lynch was a prominent figure on TV and radio during Tuesday’s strike action, taking part in a series of interviews.

Do your civic duty: vote