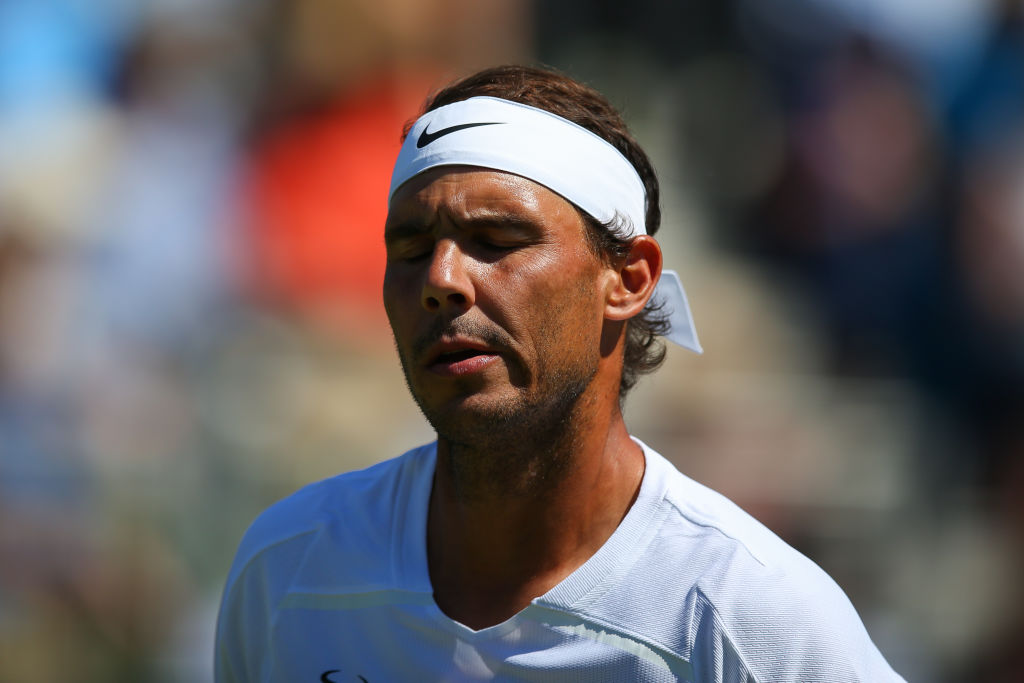 Rafael Nadal is aiming to complete a Calendar Slam this year (Picture: Getty)

Rafael Nadal showed no sign of injury as he stepped up his Wimbledon preparations at the Hurlingham Club on Wednesday.

The Spaniard has been nursing pain in his left foot, emanating from a degenerative condition – Mueller-Weiss Syndrome.

On his way to winning the French Open earlier this month, the 36-year-old needed injections to be able to play his matches and he had suggested his participation at the All England Club could be in doubt.

However, at the Giorgio Armani Classic, an exhibition event in west London, Nadal breezed past Stan Wawrinka 6-2, 6-3 to pass his own fitness test ahead of Wimbledon, which gets underway on June 27.

He said: ‘It has been a while without playing on grass. Since 2019 I haven’t been able to play on grass through the tough moments we went through with the pandemic and last year I got injured.

‘I am excited to be back where we are today. It has always been a pleasure playing here at Hurlingham. It is special to be back.’

After winning the season’s first two majors, Nadal is on the trail of a Calendar Slam.

But the 22-time Grand Slam winner has not won at Wimbledon since 2010 and has not played at the All England Club for three years.

His 14th triumph at Roland Garros put him two clear of rivals Roger Federer and Novak Djokovic in the race to finish with the most slams.

At SW19, Djokovic – who was also playing at the Hurlingham Club – is set to be Nadal’s biggest rival.

The Serbian has won the last three men’s titles at Wimbledon but Nadal’s performance at the Hurlingham Club has him rearing to go ahead of the showpiece of British tennis.

Nadal added: ‘For me it is positive to play a couple of matches before the competition starts at Wimbledon.

‘I used to play at Queen’s a long time ago now. I am older now and I can’t manage to play so many matches, so it is perfect to play a couple of matches here. That helps me to feel at least some competition before Wimbledon.’