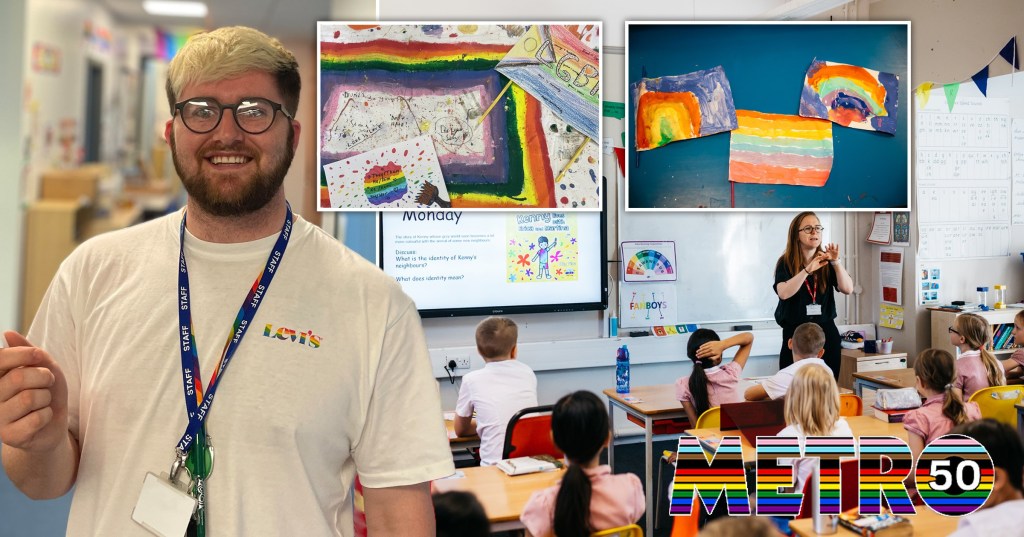 From Pride parades to popular culture, there is a good chance children have been exposed to LGBTQ+ culture and have a million questions about it.

This is why it is surprising a third of UK parents have never spoken to youngsters about what the terms lesbian, gay, bisexual and transgender mean – and 10% say they never would.

According to a new survey by Just Like Us, the LGBTQ+ young people’s charity, only 19% have had a conversation about what the acronym means only after their child asked them.

Jodie Lancet-Grant, 41, is a children’s books author working to bridge that gap.

Her second book The Pirate Mum, which came out in 2021, became the first to be read on CBeebies Bedtime Stories that features two mums.

As a mum of two twin daughters, she wanted to write literature that reflects her own relationship with her wife to ‘further the mission of inclusivity’.

‘For my girls, it is very different as they have grown up with two mums,’ she told Metro.co.uk.

I am so proud to be working with the brilliant @JustLikeUsUK for #SchoolsDiversityWeek. They’ve created amazing primary school packs based on my book The Marvellous Doctors for Magical Creatures, plus there’s a chance for a school to win an author visit. https://t.co/PabdhNMw03

‘In my experience, the vast majority of people in the UK are not homophobic at all.

‘But because there is so little representation of LGBTQ+ life, especially in children’s spaces, there will be a lot of them who have never come across such types of relationships.

‘I remember taking the children to a playdate when they were in nursery school.

‘They were playing a game of family and the girl whose house we were at wanted to be the mummy.

‘One of my daughters said that she wants to be the other mummy and the girl was like, “What, there is not another mummy,” so my daughter got a little upset by that.

‘It was not that that little child was homophobic, it was just that she had never come across such relationships before.’

The survey from Just Like Us of 1,001 parents comes as thousands of schools across the UK celebrate School Diversity Week, where young people learn about diverse families and tackling bullying.

During the week-long event, students have the opportunity to take part in various activities, including Rainbow Friday dress-up day, and ask questions about LGBTQ+ culture they might be apprehensive about asking at home.

According to their research, dads are less likely than mums to have a …read more