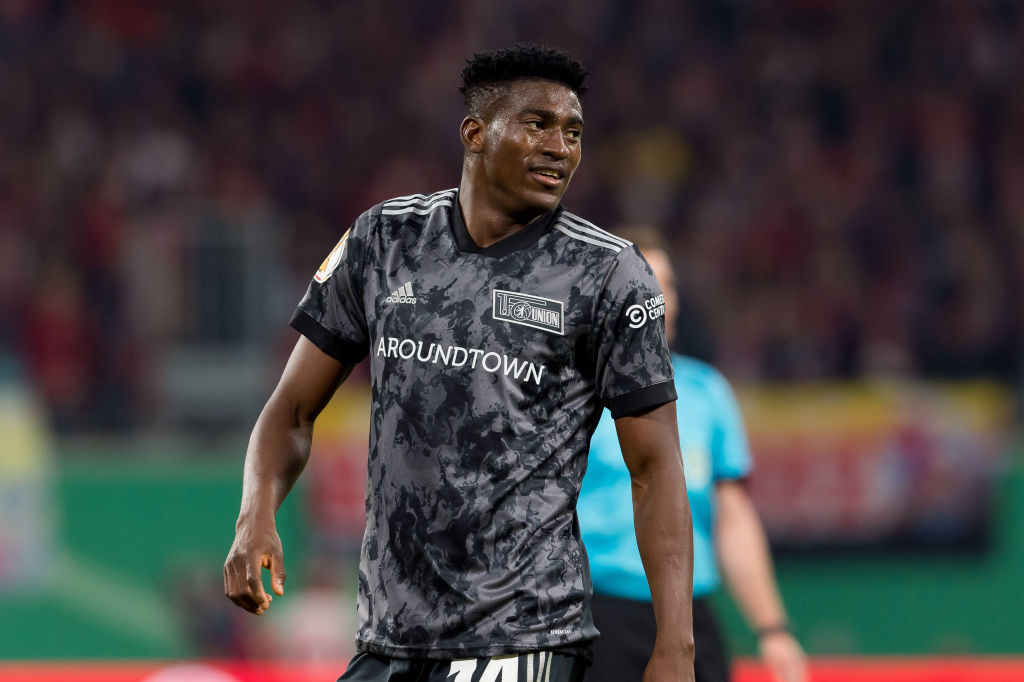 According to German publication BZ Berlin, Awoniyi has already said goodbye to his Union teammates and is on his way to England to complete his medical.

Forest will pay £17.5million for the Nigerian international which will make him the club’s most expensive signing ever, surpassing the £13.5m spent on Joao Carvalho in 2018.

Awoniyi was contracted to Liverpool for six years but never played for them (Photo: Getty)

Awoniyi began his senior career at Liverpool in 2015 but never played a single minute for the Reds, instead being loaned out a staggering seven times to various clubs in Germany, the Netherlands and Belgium.

He was eventually sold for good last summer, with Union deciding to re-sign him after an okay loan spell the previous season, paying just under £6m for the 24-year-old.

The deal has worked out quite well for Liverpool, with Jurgen Klopp’s side due to receive an addition £1.75m after they inserted a 10% sell-on fee into Awoniyi’s contract.

Awoniyi scored an impressive 20 goals and made five assists in 43 games for Union last season, helping the German club to a best ever Bundesliga finish of fifth.

He also ended up as the division’s sixth top goal scorer, not a bad feat considering some of the names ahead of him were Robert Lewandowski, Erling Haaland and Christopher Nkunku.

Forest are in need of a new striker, with 34-year-old Lewis Grabban and Sam Surridge the only natural strikers at Steve Cooper’s disposal, although he can also count on highly rated attacking midfielder Brennan Johnson to score goals.

Stock Market: Suez Canal Update! Floating!
The happiest cities in the world have been revealed

Katie Price slams TV bosses for failing to protect her after being held at gunpoint: ‘I still have trauma’

Child stabbed in chest by catfish during family fishing trip