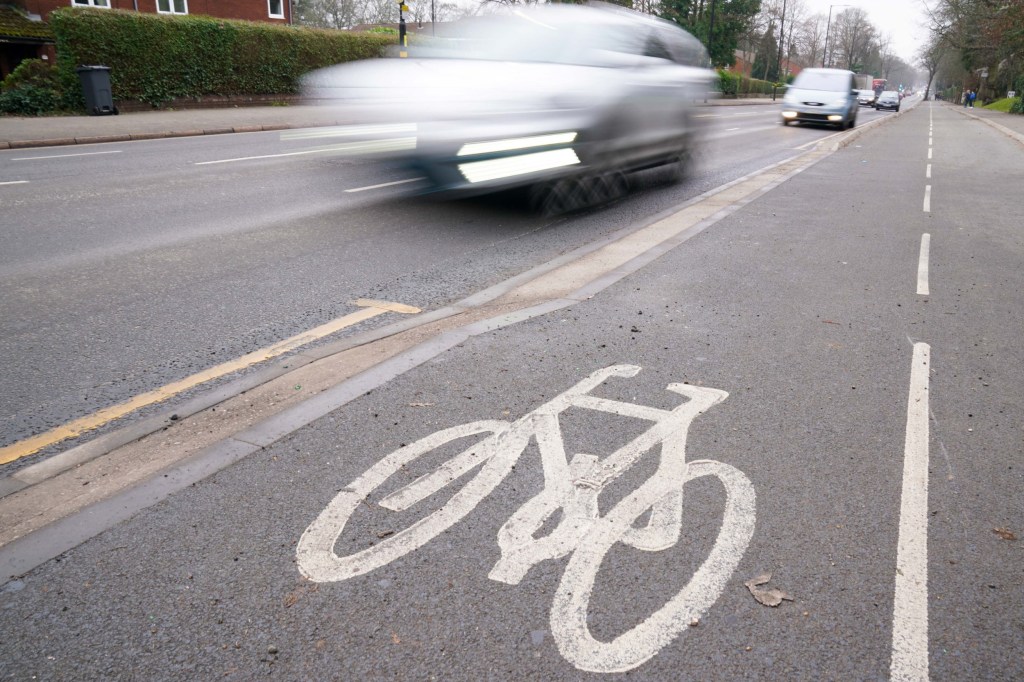 A new rule is being introduced in London banning motor vehicles from using cycle lanes.

The new regulation will lead to fines for anyone who drives within or crosses the white lines of cycle lanes from Monday.

According to the Government website, those fines will vary from £20 to £105.

The same rules apply for when people use bus lanes, stop in yellow box junctions, or park a vehicle on a cycle path.

Some councils across England have already adopted the rule and others are expected to follow shortly.

Transport for London said: ‘Cycle lanes play a vital role in keeping people cycling separated from most motor traffic, reducing the risk of collisions, which can cause death and serious injury.’

Under the rules, only cyclists and rental e-scooters within a trial area can legally use cycle lanes.

Motorbikes, scooters and other e-scooters are not allowed.

TfL says it will use existing CCTV and are part of powers that are being introduced across England.

Siwan Hayword from TfL said: ‘We welcome the introduction of the new enforcement powers in London. Protecting designated space for cyclists is essential in keeping them safe and improving confidence to cycle.

‘We will start enforcing in key locations in London to deter drivers contravening the road rules.

‘We want to ensure a green and sustainable future for London, and to do this we must continue to make walking and cycling round our city safe and accessible to all Londoners.’

Illinois is already an abortion rights oasis. Democrats want to do more