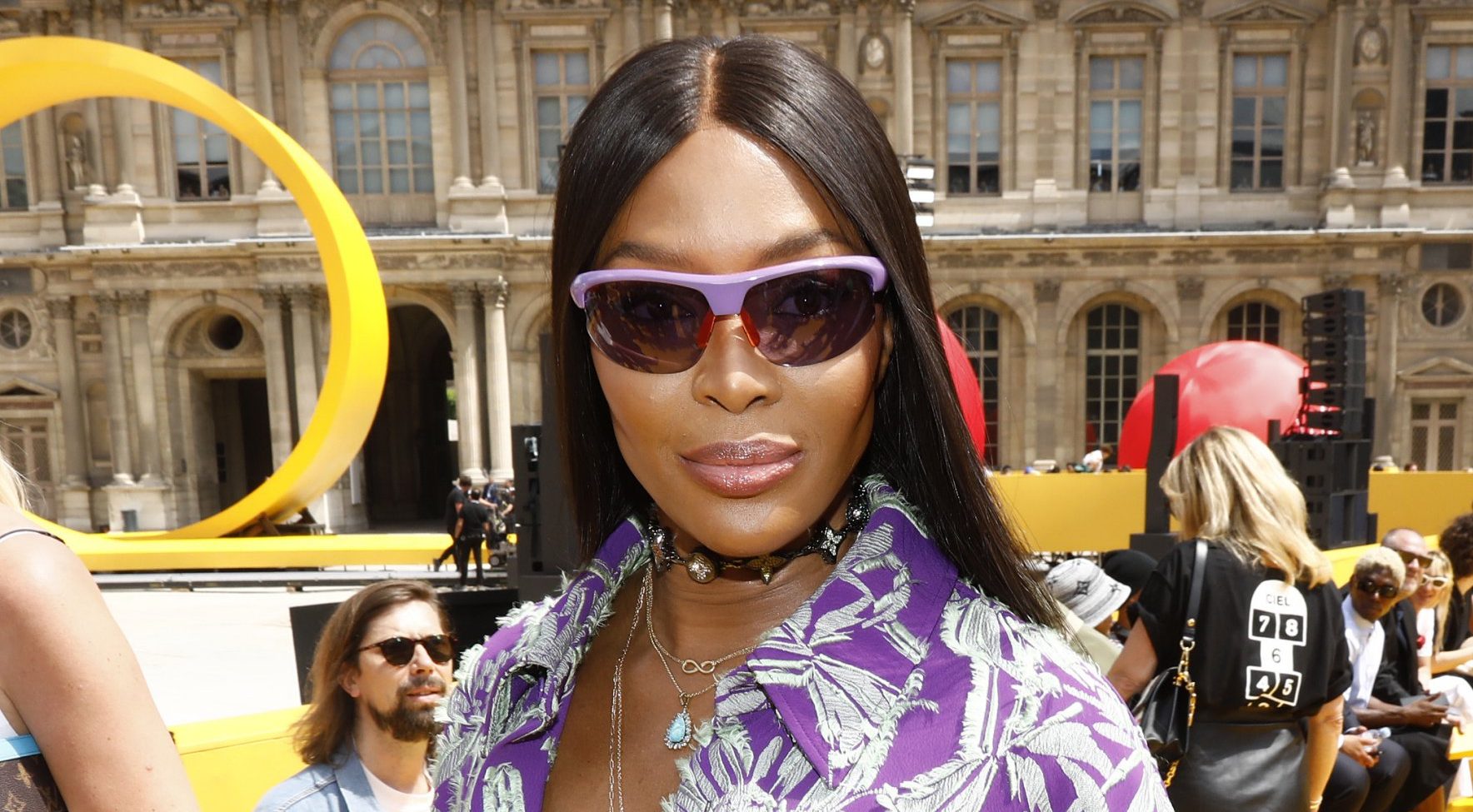 You know that feeling of pure freedom when you get home and whip off your bra, leaving the pressures of the day – and the wire – on the floor? Well, Naomi Campbell completely missed that step by going braless at Paris Fashion Week today.

The British supermodel rocked up to Louis Vuitton’s Menswear Spring Summer 2023 presentation in Paris, France on Thursday looking as though she belonged on the runway.

Naomi, 52, brought the tropics to the event wearing a lilac floral co-ord set which featured an oversized shirt – under which she went braless – and a pair of matching wide-legged trousers.

Somehow, the style queen managed to navigate the art of strutting along the cobbles, waving to the crowds and looking as chic as ever, because one wrong move would have meant endgame for the model’s modesty and, honestly, we bow down to her skills.

Taking place at the Cour Carrée of the Louvre, the fashion show featured more than just the latest Louis Vuitton collection as a live band performed on the bright yellow catwalk.

Other stars spotted at the show included Justin Timberlake and wife Jessica Biel, Joel Edgerton with his girlfriend Christine Centenera and rapper Tyga.

It comes amid speculation that Naomi Campbell could feature in one of Beyonce’s upcoming music videos following the singer’s epic comeback with new single Break My Soul.

A source told Metro.co.uk that Beyonce will use her new dance sound as an opportunity to pay tribute to supermodels of the 1990s and she’s heavily focusing on the British scene – cue Naomi.

But she still posed like she was on one (Picture: GC Images)
Naomi could be one of the supermodels Beyonce will pay homage to in her upcoming music videos (Picture: WireImage)

‘Beyoncé is in love with the UK and credits them for much of her success over the years,’ the insider told us.

‘This is why she gave British Vogue the exclusive drop on the record.

‘She loves the fact that so many Black writers and DJs are thriving in the dance scene over there and was paying attention to songs by people like MistaJam, David Asante, MNEK, Kamille and early Azealia Banks when brainstorming.’

They added: ‘She also wanted to honour artists like Brenda Fassie so there will be references to South African pop music all across the album. Some of her music videos will touch on 90s supermodel glamour and she’s planning to work with some Brits on her new videos and performances.’

It wouldn’t be too much of a surprise if Naomi did make a cameo as she has already appeared in a Beyonce music video, starring in the singer’s visuals …read more

Emmerdale spoilers: Moira makes a devastating plea to Cain – but will he agree?