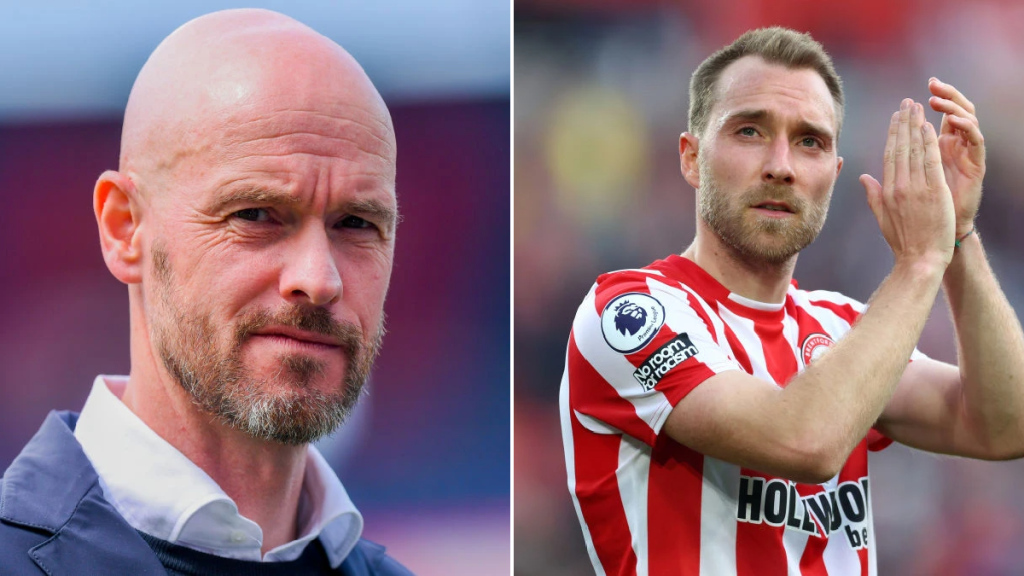 Manchester United are in pole position to sign Christian Eriksen after seeing one of their Premier League rivals pull out of the transfer race.

Erik ten Hag is keen to bolster his midfield options this summer after the likes of Paul Pogba, Nemanja Matic and Juan Mata left Old Trafford at the end of the last season.

Frenkie de Jong has emerged as United’s top target and the club are still trying to agree a deal with Barcelona, who value the Dutch midfielder at around 100m euros.

But Ten Hag wants to welcome more than one midfielder to his squad this summer and has identified Eriksen as another key target.

Eriksen, 30, suffered a cardiac arrest at Euro 2020 but returned to the Premier League in style last season, impressing for Brentford and helping Thomas Frank’s side climb up the table following his arrival in January.

The Denmark international made more than 300 appearances for Tottenham before leaving north London in 2019 and was a key player in Spurs’ run to the Champions League final.

Brentford, keen to solidify their status as a Premier League club, want to sign Eriksen on a permanent transfer but Manchester United are leading the race, according to the Daily Star.

United expected to face fierce competition from Spurs in the race to sign Eriksen but it is claimed Antonio Conte has shelved the deal.

Tottenham completed a £30m deal for Brighton midfielder Yves Bissouma last week and are believed to be focusing on other areas.

Earlier this week, Manchester United hero Gary Pallister urged his former club to sign Eriksen and said it was a ‘no-brainer’ transfer.

‘I think that is a no brainer if they can get their hands on him,’ Pallister told Metro.co.uk on behalf of Bookies Bonuses.

‘Hopefully his medical issues are all dealt with, we saw in his role for Brentford last season that he has still got amazing ability and on a free transfer it’s a no brainer.

‘You wonder how it would work with Bruno Fernandes at the club but that’s for Erik ten Hag (to sort). But I don’t think you can ever have too many quality players in the side.

‘It gives you options, helps with injuries if that becomes a problem and when you have someone with the class of Eriksen… I would like to see that deal done as well.’

Dame Kelly Holmes: Is she married and does she have a partner?