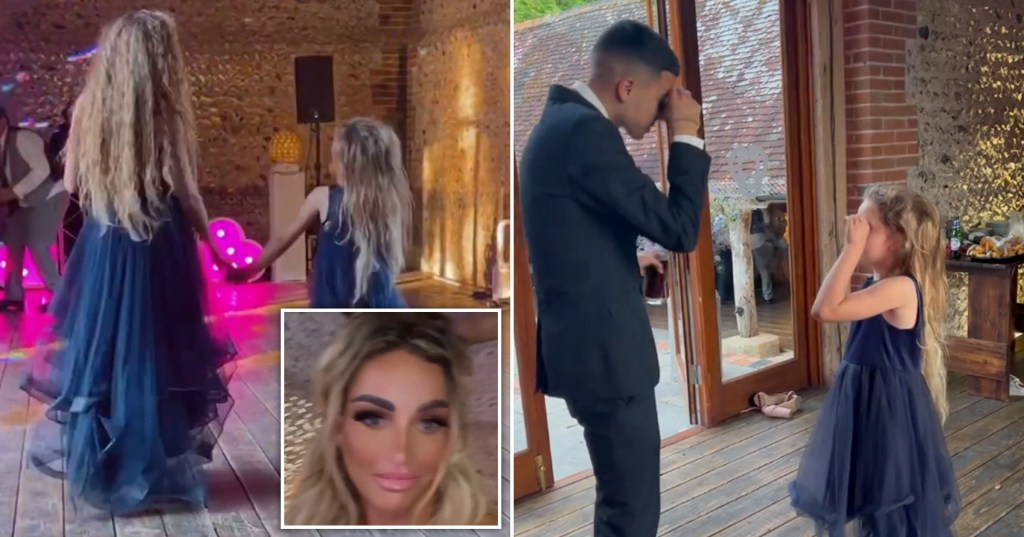 Katie Price and her kids had a great time at her sister’s wedding (Picture: @katieprice)

Katie Price has given her followers a glimpse at her sister’s wedding, where she and her two daughters acted as bridesmaids.

The former glamour model, 44, took to Instagram to share a series of photos and videos from her sister Sophie’s big day, as she married fiancé Harry Brooks.

Katie was seen looking glamorous with her hair in loose waves as she sat next to her mum Amy at the reception, before panning the camera over to daughter Princess, 14, who was tucking into a cone of fish and chips.

Both Katie and Princess were seen wearing matching navy blue bridesmaid dresses, as well as her youngest daughter Bunny, seven.

Princess was seen leading Bunny to the dance floor to party with their grandad, Katie’s stepdad Paul, and their brother Junior Andre, 17.

Junior, who recently released his first single Slide, was seen rocking a sharp suit as he and Bunny performed the dance moves and lip-synced along to the track at the reception.