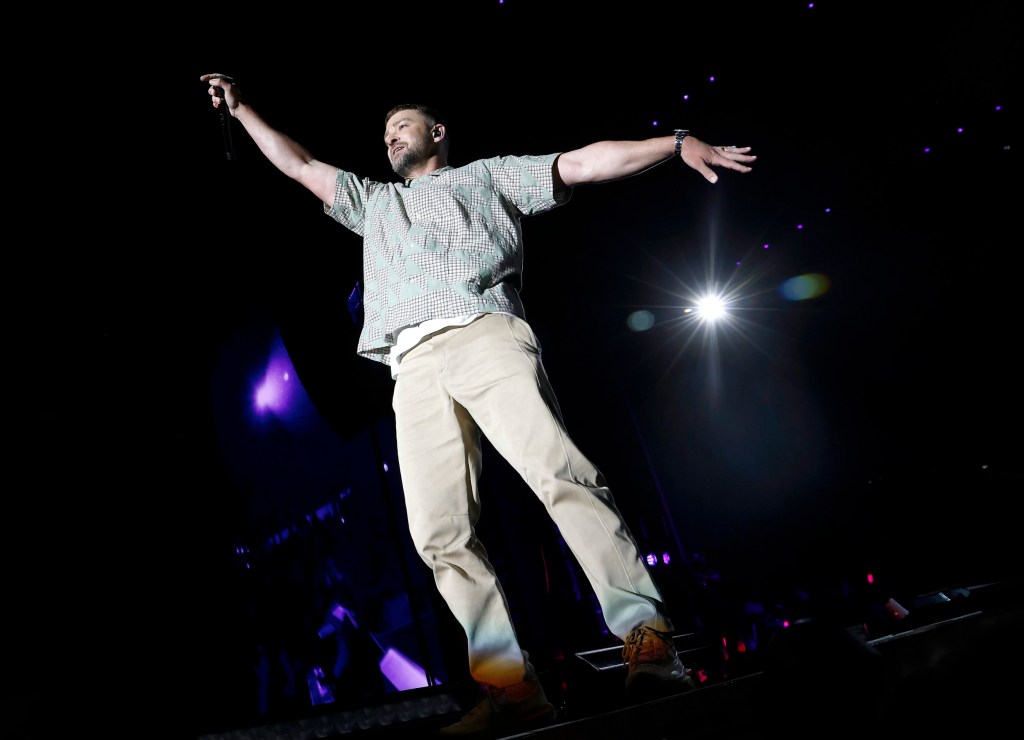 Justin Timberlake has apologised after his attempt at doing the Beat Ya Feet dance went viral for all the wrong reasons.

Beat Ya Feet is a style of dance born in Washington D.C.’s go-go scene in the 90s, and Justin wanted to pay homage to it while performance at the Something In The Water music festival in the city.

However, fans were less than impressed with his take on the dance style and the video soon went viral with social media users mocking his moves.

They claimed his dancing was more akin to the ‘hokey pokey’ than Beat Ya Feet, tweeting: ‘Justin Timberlake said “DC beat your feet” and proceeded to do the hokey pokey.’

Justin, 41, appeared to take the criticism well, as he issued a jokey apology to the whole of Washington D.C. for doing their dance so clumsily.

He said on his Instagram story: ‘D.C. I want to apologise to you for two reasons: here and here,’ as he flipped the camera and pointed at his feet.

Justin’s moves were compared to the ‘hokey pokey’ (Picture: Paul Morigi/Getty Images)
He apologised and promised to do better (Picture: JonnyCakess/TikTok)

Justin joked: ‘I had a long talk with both of them individually, and said “don’t you ever do that to me again.” Maybe it was the khakis…it was a real khaki vibe.

‘I’m going to make this up to you. I’m going to focus on these two guys right here and get ‘em right. Love y’all.’

The Cry Me A River star further made fun of his awkward dancing by sharing his favourite recreations of the viral clip on his story.

He had opted for a very casual look for the performance, rocking a green patterned short-sleeved shirt with a white T-shirt underneath and camel trousers with trainers.

His look also got a ribbing from fans, who joked: ‘Did Justin Timberlake just get off work?? Cause the outfit is very much IT specialist.’

MORE : Justin Timberlake bored of talking about his exes after response to Britney Spears baby news: ‘Stop! Go away’

Stock Market: Suez Canal Update! Floating!
A historical four-bed Tudor house with incredible beams is up for sale in Suffolk