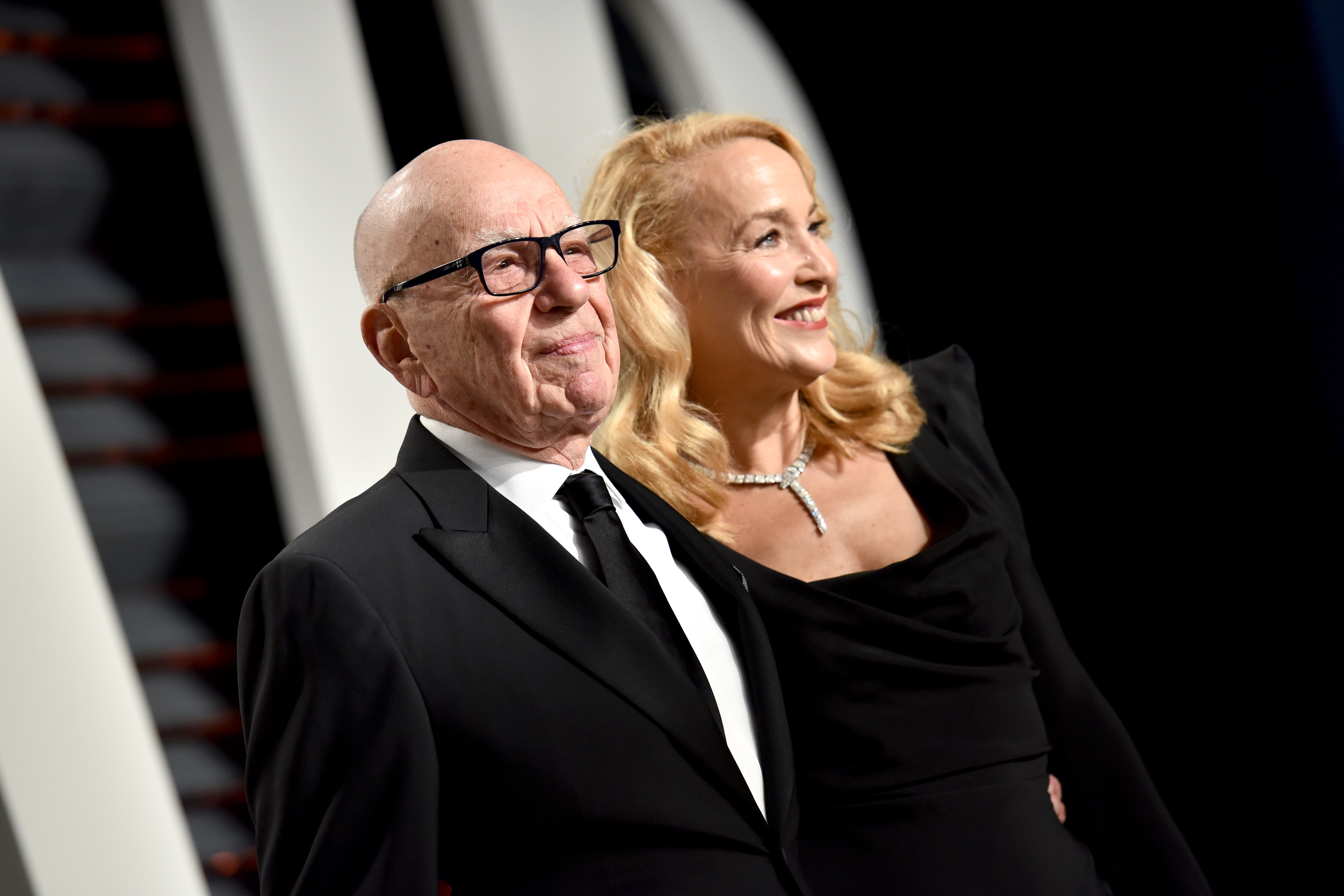 The media mogul is one of the richest people in the world (Picture: Mike Coppola/VF17/Getty Images for VF)

The Australia-born media tycoon Rupert Murdoch is one of hundreds of media outlets across the world through his company News Corp, including the likes of The Sun and The Times.

Not only that. but he also owns the likes of Fox News, Sky News Australia and publisher HarperCollins.

He had bene married to model Jerry Hall, 65, since 2016- but recent reports state that Hall is set to divorce her media mogul husband.

Murdoch made his fortune through the buying and selling of newspapers and other media outlets since the 1950s, but what is the bigwig currently worth, and has he been married before?

How much is Rupert Murdoch worth and how old is he?

Murdoch was born in Australia but is now an AMerican citizen(Picture: REX/Shutterstock)

Rupert Murdoch, 91, was born in Melbourne in 1931 before beomce a naturalised citizin in the United States in 1985.

According to Forbes, his fortune currently stands at a whopping $17.6. billion (£15.19 billion), making him the 31st richest person in the United States and the 71st richest in the world.

Murdoch currently serves as the Chairman of the Fox Corporation, and is on both the Fox and News Corp board.

Including in the list of companies that Mr Murdoch owns or has owned are News of the World, The Sun, The Times, Twentieth Century Fox, HarperCollins, The Wall Street Journal, BSkyB among about 800 others.

He recently founded Talk TV – operated by News UK – which features the likes of Piers Morgan, Jeremy Kyle and Rob Rinder as presenters.

How many times has he been married?

Murdoch has been married four times and has six children.

His first marriage was in 1956 to Patricia Booker, a former shop assistant, before divorcing in 1967, the same year he married his second wife Anna Torv.

After having three children together, the couple divorced in 1999, with Murdoch marrying his third wife – Wendi Deng – only 17 days after the divorce was finalised.

The two remained married until 2013 when Murdoch filed for divorce. They had two children together.