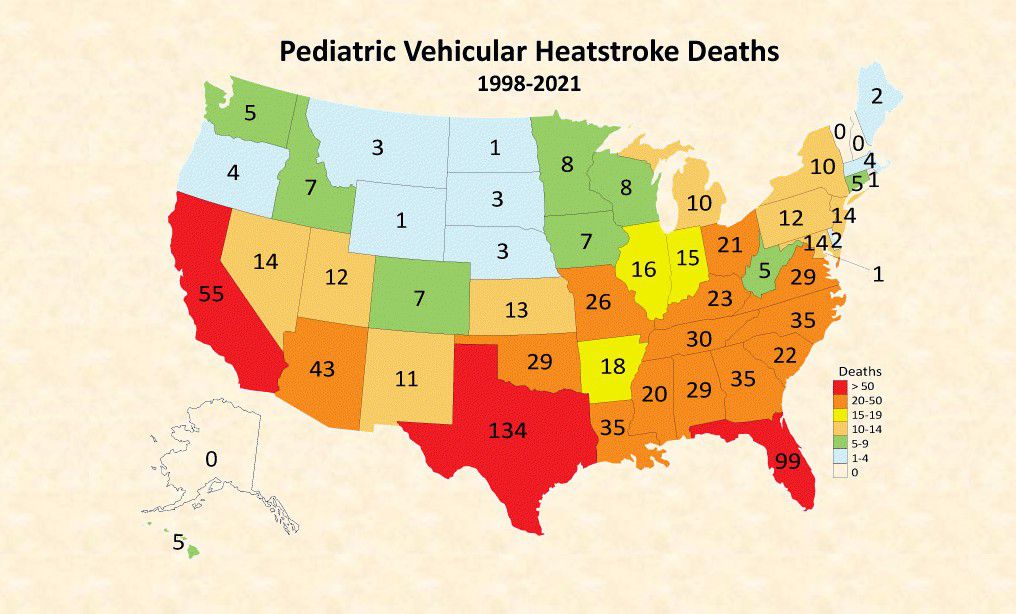 Heat is the nation’s most significant weather killer but not for Floridians. The Sunshine State gets a bad rap for being hot and humid, however, statistics show very few people die in Florida from the heat.

The risks from ocean currents are far more dangerous for people looking to stay cool at the beach.

The reality is last time heat killed a person in Florida was in 2009 according to the National Weather Service Weather Related Fatality and Injury Statistics.

But national heatwaves are killing more people, contributing 1,577 U.S. deaths in 2021- a 56% jump from 1,012 in 2018 according to CDC’s Provisional Mortality Statistics findings.

This does not include hot car deaths which are completely preventable. Neglected children in hot cars led to 23 deaths in 2021. So far in 2022, five deaths have been reported according to Meteorologist Jan Null, an expert on hot car deaths.

Putting hot car deaths aside, Duval County’s only heat related fatality occurred on June 5, 1998, when a 54-year-old male collapsed while riding his bicycle on Third Street in Jacksonville Beach.

Heat-related deaths are most common in Arizona, Nevada and Texas. Between 2018 and 2021, 571 people in Nevada and 1,298 people in Arizona died where heat was among the causes of death.

In contrast, five people have died from heat in the entire state of Florida since 2000. Georgia also has fewer fatalities according to the NOAA weather fatalities website. Seven have died outside most recently in 2010.

1 year later: A family’s journey since the Surfside condo collapse

What to watch in Alabama Senate runoff, DC mayor’s race