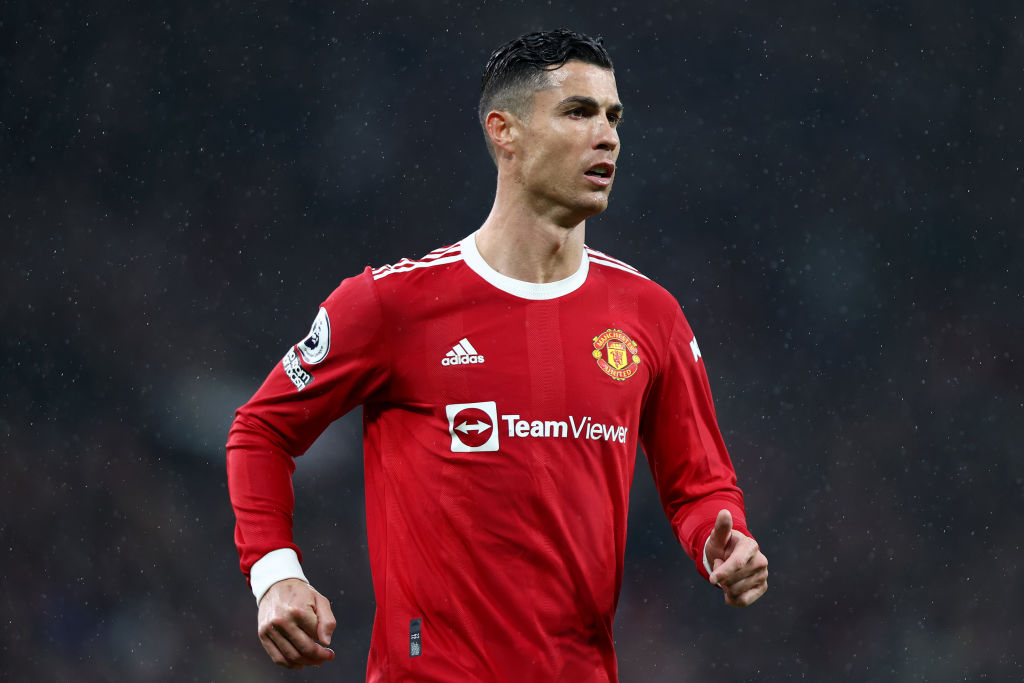 Ronaldo is growing agitated over United’s efforts in the transfer market (Picture: Getty)

Cristiano Ronaldo is considering leaving Manchester United due to concerns over the club’s ambition in the transfer market.

Ronaldo made an emotional return to Old Trafford last summer and finished the season as the club’s top goal scorer with 24 goals in all competitions.

With United short of firepower, the 37-year-old is likely to start the season as Erik ten Hag’s first choice centre forward with the Dutchman having already expressed his excitement over the prospect of working with the veteran.

Ronaldo has already spoken several times with ten Hag ahead of the new season and is said to be enthused over the manager’s desire to bring attacking football back to Old Trafford.

But Record report that United’s instability in the transfer market is leaving Ronaldo on the verge of a ‘nervous breakdown’.

United are working on a deal to sign de Jong from Barcelona (Picture: Getty)

United are still to make a single addition to their squad this summer with the club’s current priority a deal to bring Frenkie de Jong to Manchester from Barcelona.

Meanwhile, both Manchester City and Liverpool have made formidable additions up front in Erling Haaland and Darwin Nunez respectively while Tottenham and Arsenal have also strengthened.

The report adds that Ronaldo has confided to members of his close circle that United must step up their efforts to strengthen the squad or he will begin looking for a new club.

The former Real Madrid and Juventus star has one year left on his current contract.

United remain in talks with Barcelona over a deal for de Jong while they have also offered a contract to Christian Eriksen, who will be available on a free transfer next month.

In attack, ten Hag is eager to sign Antony from his former side Ajax but Jurrien Timber appears to have already turned down a move to Old Trafford this summer.

How to get your puppy used to being home alone: Tips from a training expert

The Big Happiness Interview: Sonia Choquette on why your intuition is your superpower