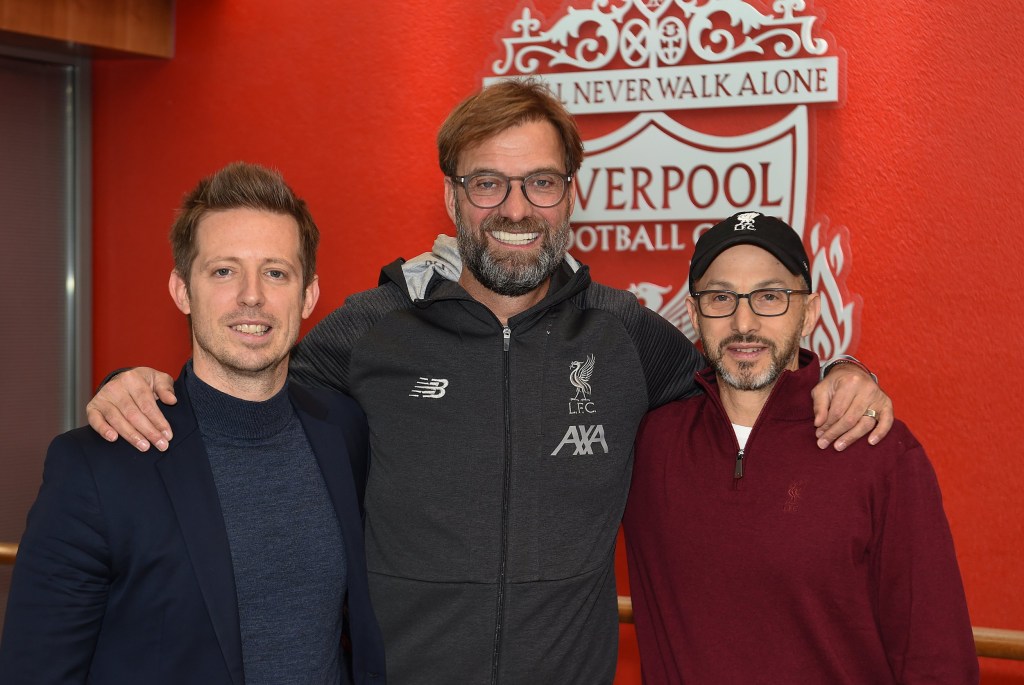 Michael Edwards (left) is due to leave Liverpool this summer (Getty)

Chelsea are targeting Liverpool’s Michael Edwards as their new sporting director, according to reports.

The west London club are undergoing a restructure following Roman Abramovich’s decision to sell the club, with Bruce Buck stepping down as chairman, while Marina Granovskaia will also depart later this summer.

Granovskaia has been a highly influential figure as a director at Chelsea, playing a key role in transfer and contract negotiations.

The report claims that a move to Chelsea would appeal to Edwards, who has been an instrumental part of Liverpool’s success off the pitch in recent years.

During his time at Anfield, Edwards, played a key role in revamping the squad by helping sign Mohamed Salah, Sadio Mane, Virgil van Dijk and Alisson.

When asked about Edwards’ exit in November, Liverpool boss Jurgen Klopp said: ‘I know he isn’t leaving immediately or in haste, which is cool, so we still have some time to work together.

‘If we are as fortunate and blessed as we have been so far, maybe we can create more special memories for our club in this remaining time.

‘He has been a constant presence during my period at LFC and his contribution to our success is clear for everyone to see.’

Stock Market: Suez Canal Update! Floating!
Noel Gallagher’s scissors player makes it all the way to Glastonbury, to the bafflement of fans

The Big Questions: Davina McCall on Big Brother’s return, being in awe of Dame Deborah James and her daughters going on Love Island

Love Island spoilers: Trouble ahead for Andrew Le Page as Tasha Ghouri gets closer to Charlie Radnedge before crucial recoupling