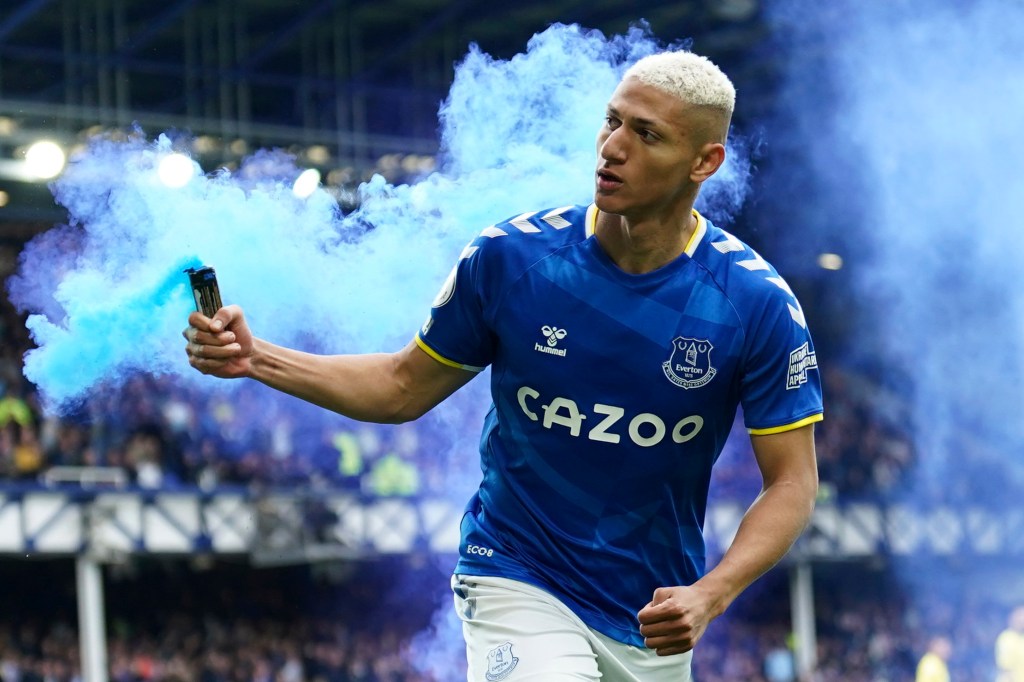 Chelsea’s players have urged the club’s hierarchy to sign Everton forward Richarlison ahead of Arsenal and Tottenham, according to reports.

Thomas Tuchel’s side have yet to secure their first signing this summer and have already seen Antonio Rudiger and Andreas Christensen depart, while Romelu Lukaku is on the verge of returning to Inter on loan.

Richarlison, meanwhile, is keen to leave Everton and has attracted interest from several clubs in the Premier League.

Everton are demanding £50 million for the Brazil international, while both Tottenham and Arsenal have made approaches in recent weeks.

But according to The Sun, senior members of Chelsea’s squad are keen to see Richarlison make the move to Stamford Bridge as Lukaku’s replacement.

The report claims that Chelsea’s players view Richarlison’s ‘aggression and tenacity’ as traits of a player they would like to see added to their squad.

Richarlison is looking to leave Everton this summer (Getty)

Richarlison, who scored 10 goals in the Premier League last season, is understood to have informed Frank Lampard and Everton’s hierarchy that he wants to leave Goodison Park this summer.

‘I’ve already made it clear to the board. I’ve already talked to Lampard too, with my agents and they know what I want. Let’s wait for June,’ the Brazilian said last month.

Richarlison still has two years remaining on his current contract with Everton.

The Rolling Stones celebrate ‘immaculate’ Charlie Watts in upcoming documentary: ‘He totally underestimated his power as a person’