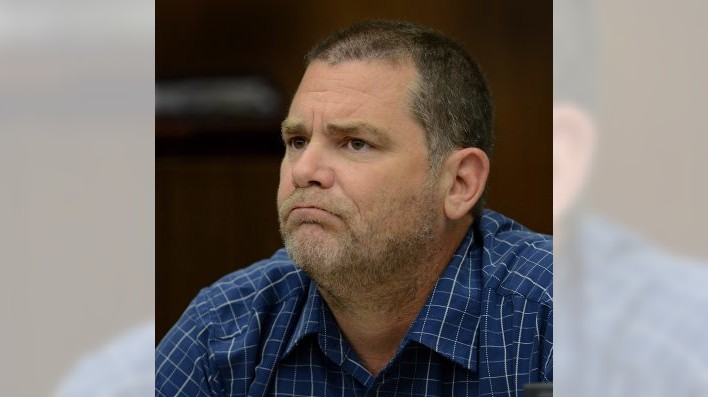 A federal judge has overturned the murder conviction of a Santa Ana man found guilty in 2012 of shooting a fellow gang member in the head and stashing his body in a children’s pool. Prosecutors will not seek a new trial.

U.S. District Court Judge Dolly M. Gee reversed the conviction based on evidence that a Santa Ana homicide detective secretly promised money to a jailhouse informant to testify that defendant Ramon Alvarez had confessed to him.

Six years after the conviction, informant Craig Gonzales said in a sworn declaration that he lied when he testified against Alvarez because he wanted an unspecified amount of money promised him by now-retired Detective David Rondou. Gonzales testified that he also was told he could move to any prison that he wanted.

Rondou countered in court testimony that he paid Gonzales $11,000 from a state reward fund after the trial to cover the informant’s burial costs. He testified Gonzales was terminally ill and close to death at the time.

Gonzales was not dying, however, court records show.

U.S. Magistrate Judge Karen L. Stevenson ruled in a special report in January that Rondou’s explanation was not credible.

For his part, Rondou disputed Gonzales’ contention that he was promised money before he testified in the murder trial and was told to lie about his history as an informant.

Although Alvarez’s murder sentence of 25 years to life was vacated, he was turned over by state authorities to a federal prison for an unrelated felony charge.

The murder case against Alvarez stemmed from a 911 call about shots fired in a Santa Ana neighborhood in June 1998. While investigating, police found the body of Ruben Leal in an inflatable children’s pool in a backyard shed.

An autopsy showed that the muzzle of an assault-type rifle had been placed against the side of Leal’s head and fired. His brains and ice were found in a plastic bag beside his body in the pool. Other nearby bags contained blood and dirt.

Alvarez was found by police in the house, but he was not convicted until 14 years later, based on the testimony of Gonzales, the key witness.

Although Alvarez maintained his innocence, Gonzales testified the defendant described how he killed Leal and how he considered telling police it was a suicide.

The promise of payment to Gonzales and his history as an informant was withheld from the defense and the trial jury — a violation of the Brady disclosure law. Gonzales later said he was instructed by police to testify that he was not promised anything and to deny that he was an informant in any prior case.

Rondou countered that Gonzales didn’t know he was getting money until the detective showed up at the prison with a check.

Readers connect with San Jose woman with an unwanted lizard