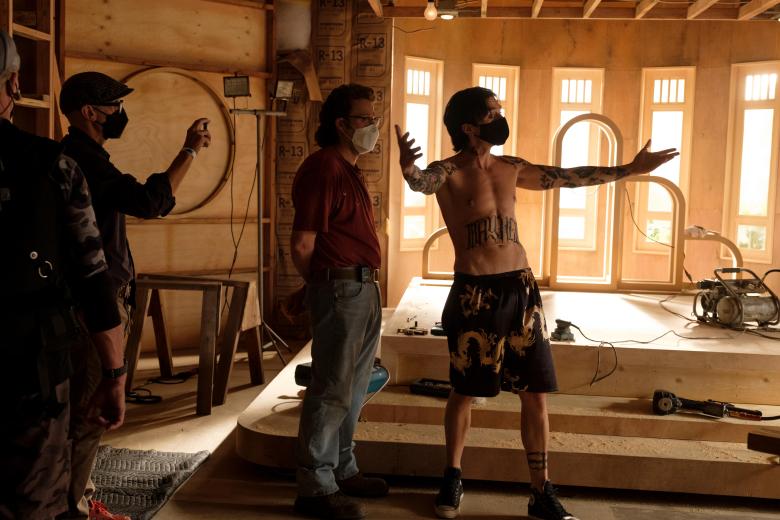 Australian director Craig Gillespie creates an energy in his images that brings the emotional undercurrent of his characters to life. He invites you into their space to wash in their feelings without saying too much. It’s the result of close collaboration with key department heads, a dynamic that editor Tatiana Riegel was first introduced to on 2007’s “Lars and the Real Girl.” “Craig is remarkably collaborative and secure in his own feelings and ideas to not insist upon them but he allows people to interpret them where he can then say yes or no,” she told IndieWire.

Riegel said their efforts have blossomed over the course of projects like “I, Tonya” (for which she earned an Oscar nomination), “Cruella,” “The United States of Tara” in part, because even though they “are very different people, the yin and yang of it works pretty well.” Gillespie has grown fond of how effortlessly the editor navigates outside the box. “We did our first assembly of ‘Lars’ and there was an interview scene between Ryan [Gosling] and Patricia Clarkson [who plays a therapist] that I thought was too long,” he said. “Tatiana said, ‘Maybe it’s in the wrong place.’ So we pulled out the scene cards and rearranged the whole second half of the film and that scene never got shorter. Since then, we’ve never settled on the structure of the script and we’ll always think about moving something around or tightening.

The simpatico relationship gives Riegel the “courage to try things” she might otherwise be conservative about with someone new, a trust that continued into the first trio of episodes of “Pam & Tommy,” Hulu’s limited series about how the infamous Pamela Anderson and Tommy Lee sex tape found its way onto the web.

Creator Robert Siegel based “Pam & Tommy” on a 2014 Rolling Stone article that details how the “Baywatch” star and Mötley Crüe drummer first met, and the “karma” that led to their private life being exposed. After stripping away the public persona and glamor of these two famous icons – portrayed convincingly well by Lily James and Sebastian Stan — “Pam & Tommy” depicts a couple unequivocally supporting each other while falling deeper in love — until it collapses.

“The tone was incredibly clear to me and that’s something I always look for when searching for something to work on,” Gillespie said. “If I can visualize it while I’m reading [the script], half the job is done.”

The playful nature is established when we first meet Tommy walking through his Malibu home, doling out orders to two contractors, Lonnie (Larry Brown) and Rand (Seth Rogen) — the latter of whom will later steal the safe containing the explicit footage of Lee and Anderson’s honeymoon. The sequence is twofold: It shows Tommy as someone who can be intimidating while providing comic relief, as it’s revealed he’s walking around in an animal-print thong. Gillespie planned the tracking shot along with cinematographer Paula Huidobro to allow the actor to move freely …read more

Kailyn Lowry Interviews New Boyfriend on Podcast, Is So Cringey About It

From ‘Don’t Worry Darling’ to ‘Dune: Part Two,’ Here’s Where to See Florence Pugh Next

‘Get Back’: Distilling the Beatles Musical Mojo in the Peter Jackson Documentary

Set 50 Years Ago, ‘The Janes’ Shows the Horror of Abortion Being Illegal