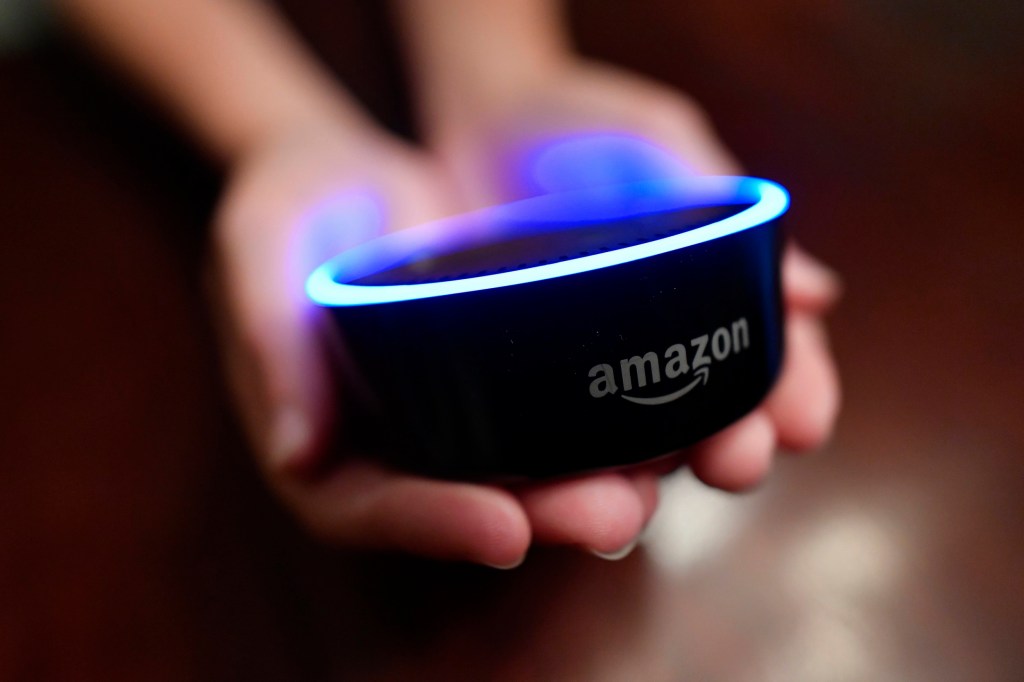 There’s an obvious concern over the potential for such a technology to be abused (Picture: AP)

Amazon is working on making its voice assistant, Alexa, sound just like your grandmother — or anyone else.

The tech giant is developing a system to let Alexa mimic any voice after hearing less than a minute of audio, said Rohit Prasad, an Amazon senior vice president, at a conference the company held in Las Vegas Wednesday.

Amazon shared its vision for companionship with Alexa at the conference. In a video segment, it portrayed a child who asked, ‘Alexa, can grandma finish reading me the Wizard of Oz?’

A moment later, Alexa affirmed the command and changed her voice to sound like the child’s grandmother in real life.

The goal is to ‘make the memories last’ after ‘so many of us have lost someone we love’ during the pandemic, Prasad said.

This is both wild and cool… I can’t wait until Amazon starts selling me Prime Day deals in my deceased family members voices…. https://t.co/HyIsf4cbSL

While the Jeff Bezos-owned company hopes the project will help Alexa become ubiquitous in shoppers’ lives, there’s an obvious concern over the potential for such a technology to be abused.

Amazon is hardly the first to tinker with voice and AI. Microsoft recently restricted which businesses could use its software to parrot voices fearing deepfake concerns.

Just this month, a Google engineer claimed that a company AI chatbot had developed feelings and wanted the right to give consent for experiments.

On Tuesday, Amazon said that Alexa had 100 million customers globally, in line with figures the company has provided for device sales since January 2019.

Amazon, owner of much of the internet, developing database of voices to impersonate https://t.co/Yimtj5Ft2R

Prasad clarified that Amazon’s aim for Alexa is ‘generalizable intelligence’ or the ability to adapt to user environments and learn new concepts with little external input.

He reassured that the goal was ‘not to be confused with the all-knowing, all-capable, uber artificial general intelligence’ or AGI, like Alphabet’s DeepMind unit and Elon Musk-co-founded OpenAI are seeking.

Judging by the reactions on social media, people are taking this sentimental approach to commercialising AI voice assistants with a pinch of salt.

MORE : Amazon execs are worried they’ll run out of people to employ

Stock Market: Suez Canal Update! Floating!
Katie Price gets picked up by Carl Woods ahead of sentencing for restraining order breach as she faces up to five years in jail