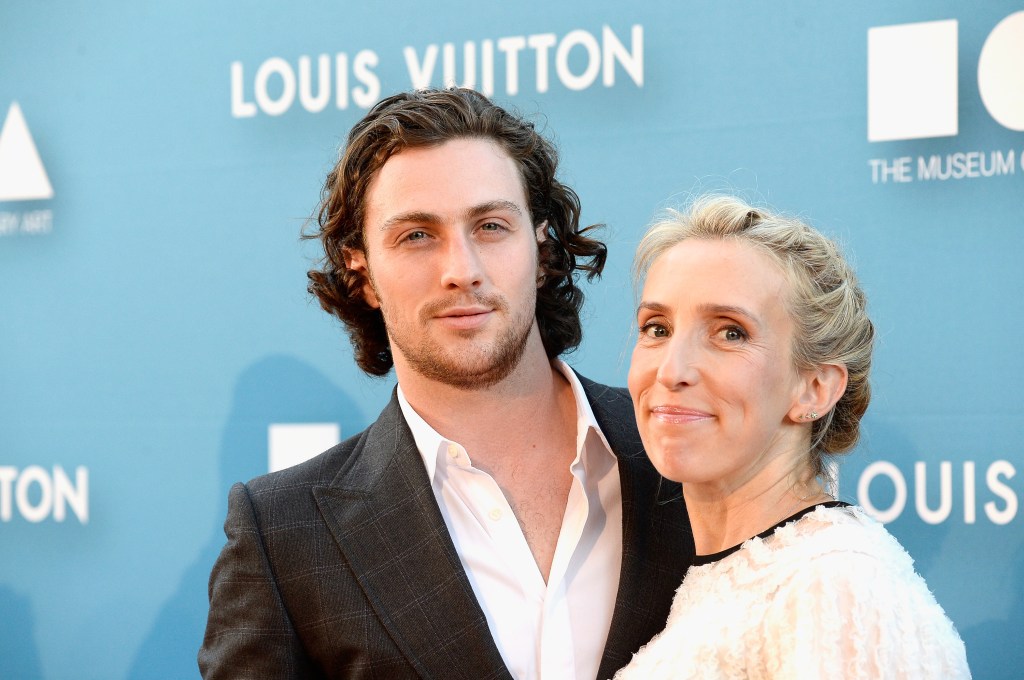 Aaron is also stepfather to Angelica, 25, and 16-year-old Jessie, from Sam’s previous marriage to Jay Jopling.

The pair celebrated 10 years of marriage this week, and marked the occasion by reaffirming their love for one another in the form of renewing their wedding vows.

They gathered their ‘nearest and dearest’ to them on Tuesday, the longest day of the year, where they had the ceremony.

Marvel actor Aaron took to Instagram on Wednesday where he shared a professional photograph of he and his wife sharing a kiss, Aaron in a yellow suit and Sam in white with a blue ribbon in her hair.

The couple, who met in 2009, became engaged shortly after and have been married since 2012 (Picture: Getty Images)

He wrote: ‘Yesterday was the most beautiful day, summer solstice, our 10th
anniversary…

‘We renewed our vows to one another and confessed our love in front of our nearest and dearest friends and family it was a celebration of love and joy! A decade of marriage.’

He went on: ‘It was a magical unforgettable day and the sun did not stop shining on us both.. we are blessed beyond belief.

‘Sammy you are my love, my life, my soulmate, my wife, my world!’

In her own post, Sam hailed Aaron an ‘incredible father’ to their brood.

She wrote: ’10 glorious years. My incredible husband, father to all 4 girls (sic).’

The loved-up couple renewed their vows in front of friends and family(Picture: WireImage)

Fans and friends of the couple flocked to give their best wishes in the comment section of Sam and Aaron’s posts, with DJ Annie Lennox writing: ‘How wonderful! Congratulations to you both!!!’

The couple met in 2009 after working together on the John Lennon biopic Nowhere Boy, and Aaron says he ‘knew instantly’ that Sam was the one for him.

Speaking in 2019, he told the Sunday Telegraph Magazine: ‘I knew instantly with Sam that I’d found my soulmate.

‘I remember it very well, and a year to the day [after] I met her I proposed,’ he recalled.