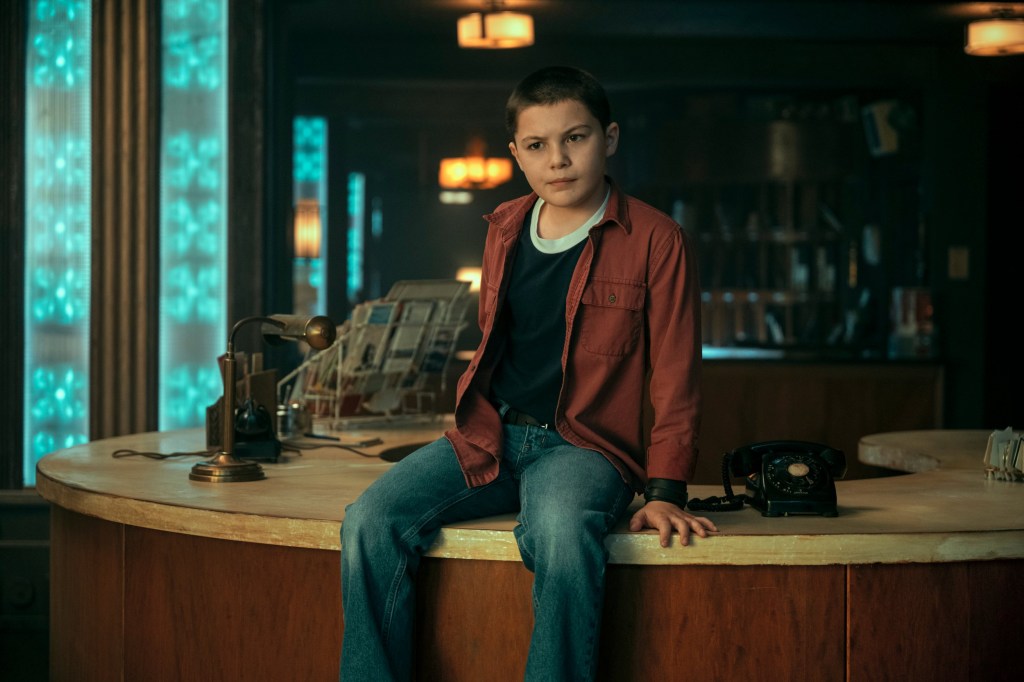 Little was known about the character before the release date (Picture: Christos Kalohoridis/Netflix)

Warning: spoilers ahead for The Umbrella Academy season 3.

The Umbrella Academy has returned to Netflix with the mighty release of season 3, reuniting fans with their favourite characters as well as a host of new members of the cast.

At the end of season 2, the Hargreeves siblings returned to the present day from the 1960s, where they discovered an alternate reality and the mysterious Sparrow Academy in their place at their familial home.

Another new face that crosses their path at the Hotel Obsidian where they’re staying is a boy named Stan, played by Euphoria star Javon Walton.

Here’s what you need to know about the teenage actor.

Who is Javon Walton?

Born on July 22 2006 in Atlanta, Georgia, Javon is an actor and boxer best-known for his performance as Ashtray in Euphoria.

Ashtray is a resourceful character in Euphoria (Picture: HBO)

In the Zendaya-led HBO series, Ashtray is a drug dealer who works with his older brother, Fez (Angus Cloud), who also boasts a wealth of knowledge far beyond his years.

The 15-year-old began the series as a recurring character in season one before becoming a main member of the cast.

As well as Euphoria, Javon also starred in Amazon Prime Video series Utopia as Grant Bishop, and voiced the character of Pugsley Addams in the 2021 animated film The Addams Family 2, taking over from Stranger Things star Finn Wolfhard.

Javon is set to appear in superhero film Samaritan alongside Rocky legend Sylvester Stallone, which is scheduled to be released this year.

Who does he play in The Umbrella Academy?

In The Umbrella Academy season three, Javon is introduced as a character called Stanley.

Ahead of the release date, little was known about the mysterious role.

Diego (centre) is led to believe that Stanley is his son (Picture: Courtesy of Netflix)

In the show, Lila (Ritu Arya) informs Diego (David Castañeda) that Stanley is their son, and she’s been raising him for the past 12 years.

While Diego initially takes on the role of being a father with blatant reluctance, he later warms to the child.

However, Lila throws yet another curveball his way when she later reveals that she lied to Diego about Stanley being their son.

In fact, he’s the son of a friend she made in Berlin in the 1980s, who she encouraged to play along with her ruse.

Lila eventually tells Diego that the reason she brought Stanley along was to see how Diego would handle being a father, as she is actually pregnant in real life.

Stanley’s fate appears to be sealed, as he’s disintegrated by the Kugelblitz in front of Lila and Diego.

However, an older version of him may still be around in the present day… so whether Stanley will still remain a part of the narrative in future remains …read more

Some of Britain’s earliest humans apparently settled in Canterbury

Tom Felton was responsible for skateboard ban on Harry Potter set: ‘Me breaking my leg would not have satisfied Warner Bros’