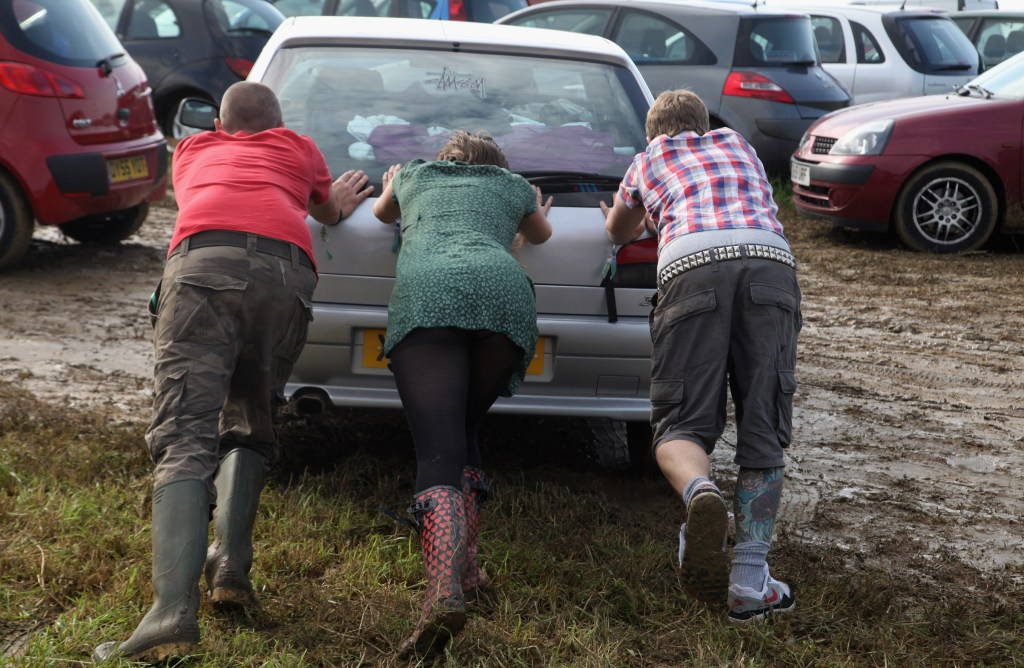 Glastonbury parking is a whole festival in itself (Picture: Matt Cardy via Getty)

Glastonbury 2022 opened its gates to revellers today, and with the largest train strike in decades taking place across the UK, more festivalgoers are expected to make the journey to the site by car.

Campers who choose to drive to the area are likely to face a lot of traffic, so it’s well worth planning ahead and making sure you know exactly where you need to go.

So, what is the all-important postcode to punch into your Sat Nav, and what are the parking rules?

Here is everything you need to know.

Where is Glastonbury Festival held and what is the postcode?

Glastonbury Festival is held at Worthy Farm which is in Pilton, Somerset.

There is not an exact postcode that you can use to get to the Glastonbury site, but organisers have provided a couple of different postcodes to help you get to a location where you can then follow signage to the festival location.

Drivers travelling on the A303 and A37 are advised to use the postcode TA11 7DP.

Revellers will soon descend on Glastonbury for one of the UK’s biggest music festivals (Picture: Matt Cardy via Getty)

Once you reach the destination of any of those postcodes, you should seen signs directing you to the festival site and you should follow them to find your way to the car park.

The most sensible way to guarantee you a parking space was to prepay £50 – but the June 15 deadline has passed and this is no longer an option.

But, if you want to chance it, you might be able to nab a first-some, first-served spot on arrival – this is not guaranteed, however.

Diana Ross is playing in the coveted legends slot at Glastonbury 2022 (Picture: Getty)

Organisers have urged festivalgoers to make sure they arrive on the right side of where your allocated car park is too (East or West), to avoid longer queuing times.

The car park is opened from 9pm on Tuesday so that drivers were able to arrive at night when there is less traffic, but the gates to the festival won’t open until 8am today (June 22).

Drivers will need to follow the P signs to find their nearest parking spaces, and you don’t have much choice in where in the car park you will be placed.

Top tip: Make sure you take note of the route colour and car park numbers so you don’t end up scouring the car …read more

Are Love Island week 3’s couples hot or not? Gemma Owen and Luca Bish most compatible despite being ‘villa’s most underwhelming couple’

4-year-old girl who died from child abuse had suffered severe burns on her feet, police say