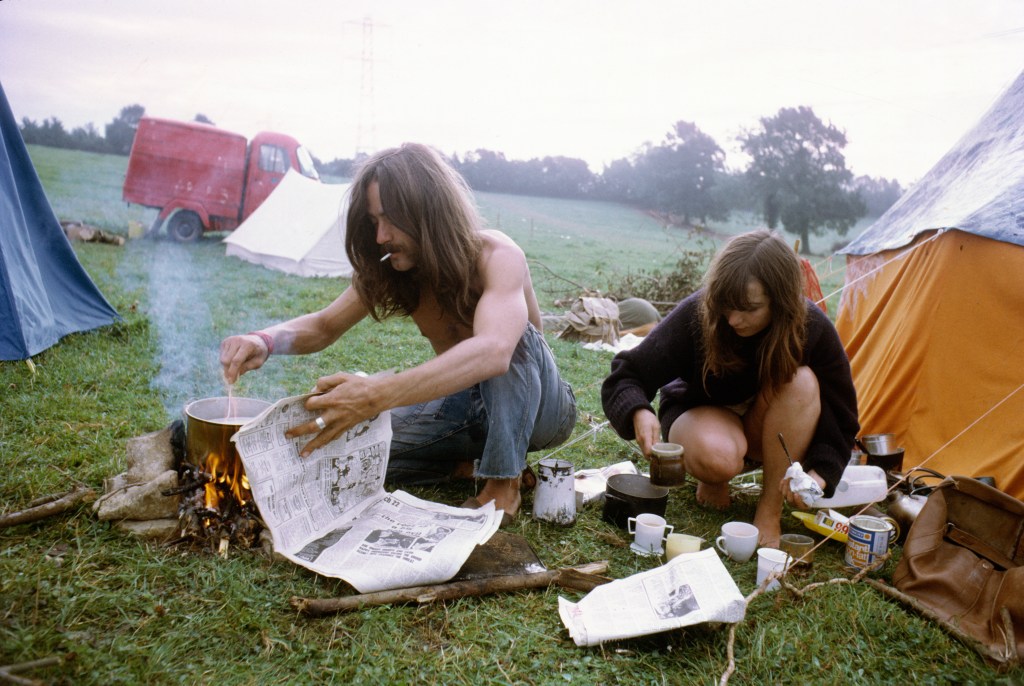 It’s accurate to say that Glastonbury was once a much smaller affair. Compared to today’s numbers, only a small crowd turned out to listen.

The festival has a rich history full of celebrities, epic setlists and, yes, the odd controversy as well.

But when was the first Glastonbury Festival and who were the headliners?

Here’s what you need to know…

When was the first Glastonbury Festival?

Many major events and companies start out from humble beginnings, but maybe none as humble as Glastonbury.

Inspired by an open-air festival he attended in 1970, dairy farmer Michael Eavis – who still helps organise the show now – decided to throw his own festival at Worthy Farm.

Around 1,5000 people turned up to the first ever Glastonbury Festival (Picture: Robert Blomfield Photograph via Getty Images)

Only 1,500 turned out to the festival – a significant turnout for organisers who were only expecting a small number. What may have attracted them was the £1 entry fee, or the fact revellers got as much free milk from the farm as they liked.

The event didn’t take long to get its name, however, being labelled the Glastonbury Fair from 1971. The date of the festival was also moved in line with the Summer Solstice.

Psychedelic rock and folk band Tyrannosaurus Rex (aka T. Rex) was brought in to headline the very first show after The Kinks cancelled. Why, you ask? Because they hadn’t realised it was only a ‘mini-festival’.

After proving a major success, tens of thousands of people have since flocked to Worthy Farm each year to see some of the biggest names in music.

MORE : The Damned pull out of Glastonbury due to Covid as fellow band Reef step in