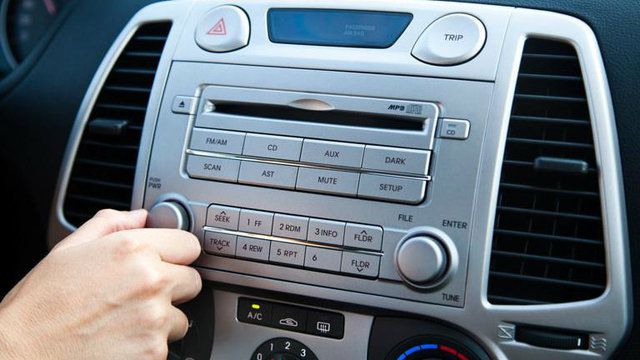 The Jacksonville Sheriff’s Office offered a warning for drivers on its Twitter page Tuesday — specifically, “Lower your radio volume!”

The Sheriff’s Office makes reference to a Florida statute that will once again become enforceable starting July 1.

“What does this mean? It means that you will have to listen to your radio at a volume that is NOT plainly audible at a distance of 25 feet or more,” the Sheriff’s Office writes.

Gov. Ron DeSantis in May signed a measure, which seeks to crack down on unsanctioned “pop-up” events put together through social media. Lawmakers passed the bill (HB 1435) in March, after incidents in places such as Volusia County.

As lawmakers considered the bill, House sponsor Tom Leek, R-Ormond Beach, described it as a way to control events that have become “invasions,” shutting down coastal communities.

The bill, which drew opposition from the American Civil Liberties Union of Florida, will allow authorities to declare areas as “special event zones” because of unpermitted events anticipated to attract 50 or more people and disrupt traffic. The zones could blanket entire cities.

The measure also will allow local governments to impose more-stringent regulations than what’s in state law about vehicle radios or other sound-making devices.

Speaking with Jacksonville residents about the bill, some say they’re happy about the enforcement. Others have their concerns.

“I feel like it’s messed up. I feel like they’re targeting people,” resident Dwohn Leonard told News4JAX. “I mean, why can’t we play our music that loud if they make the speakers that loud?”

Noah Prior supports the statute. He lives in downtown Jacksonville and says he is woken up frequently by music blasting from car speakers.

“You can hear them at all hours of the day and night. They’ll stop over here at the light, the red light, and you can hear the music blaring,” Prior said. “It’s a problem.”

The statute notes specifically that a person “operating or occupying a motor vehicle on a street or highway may not operate or amplify the sound produced by a radio, tape player, compact disc player, portable music or video player, cellular telephone, tablet computer, laptop computer, stereo, television, musical instrument, or other mechanical or electronic sound making device or instrument, which sound emanates from the motor vehicle, so …read more