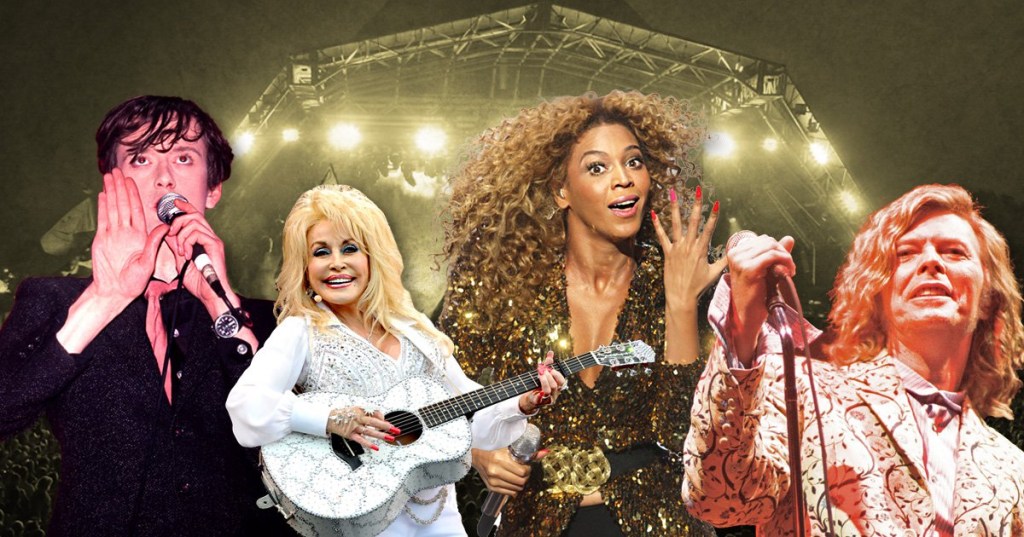 Glasto is finally back this weekend, 52 years since it first started (Picture: Getty/Metro.co.uk)

Glastonbury Festival 2022 is almost upon us, marking the first official trip back to Worthy Farm in three years.

With acts including Sir Paul McCartney, Billie Eilish, Diana Ross, Kendrick Lamar and Eurovision Song Contest 2022 winners for Ukraine Kalush Orchestra set to grace the various stages over the event’s three days, there’s something for everyone.

As revellers begin to descend on Somerset with their highly-coveted tickets, keeping their fingers crossed for good weather, let’s look back at some of the most memorable musical acts of the past fifty years.

Starting right back where it began, in 1970…

In 1970, a mere 1,500 people attended the first Glastonbury, then known as the Pilton Pop, Folk & Blues Festival.

It cost £1 and included all the milk ticker holders cared to enjoy. The Kinks were the planned headliners, with Wayne Fontana, Steamhammer and Duster Bennett also on the bill.

However, when the Kinks dropped out (reportedly due to seeing it described as a ‘mini-festival’), Michael Eavis managed to get T Rex – then still known as Tyrannosaurus Rex – as last-minute replacements.

Founder Michael Eavis has since called it ‘one of the most memorable slots ever’.

David Bowie appeared on the bill alongside Fairport Convention, Hawkwind, Traffic, Melanie and Quintessence at the second ever Glastonbury festival in 1971.

Even better for festival-goers, tickets were actually free after the inaugural Glasto’s bargain price.

A bit of a shambolic affair – but still a lot of fun – the music icon didn’t actually make it on stage for his planned midnight slot until around 5am, meaning it’s likely a fair few of the estimated 12,000 attendees missed out.

The Space Oddity hitmaker then returned almost 30 years later to share the bill with Travis and The Chemical Brothers, after a decade or so of shunning greatest hit sets.

The two-hour headline set is considered to be the most legendary of them all as Bowie ran through gems such as Under Pressure, Life On Mars?, Rebel Rebel, Starman and Let’s Dance.

If there has to be a highlight, then we’d pick the singalong to Heroes.

The 1994 edition of the festival saw a brilliant battle of Britpop (Picture: Getty)

It was all about Britpop in 1994 thanks to the likes of Oasis and Blur both rocking the NME Stage, which was also graced by Pulp and Radiohead that same weekend.