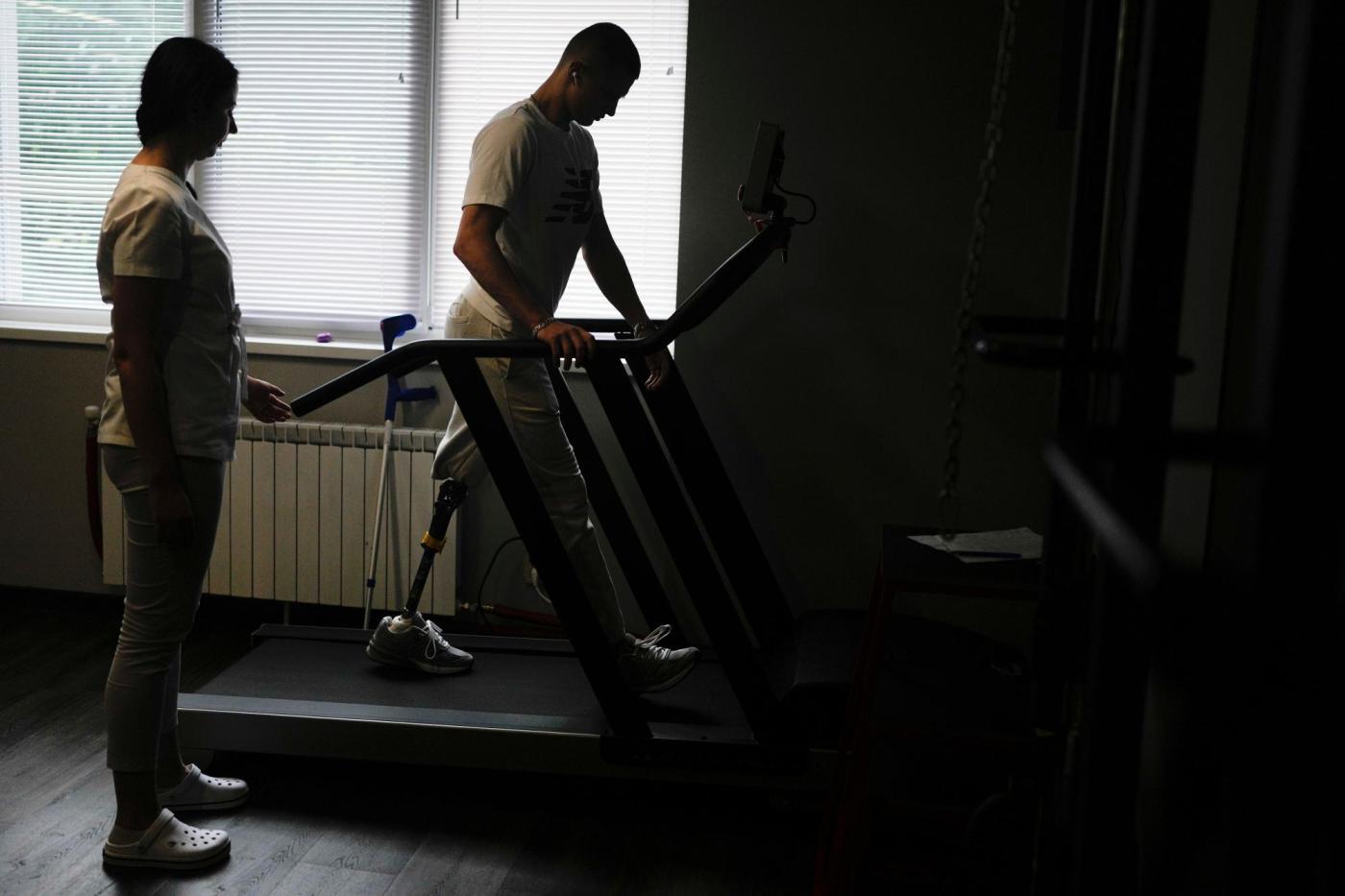 By JOHN LEICESTER and HANNA ARHIROVA

KYIV, Ukraine (AP) — As was his habit before each flight, the veteran Ukrainian army pilot ran a hand along the fuselage of his Mi-8 helicopter, caressing the heavy transporter’s metal skin to bring luck to him and his crew.

They would need it. Their destination — a besieged steel mill in the brutalized city of Mariupol — was a death trap. Some other crews didn’t make it back alive.

Still, the mission was vital, even desperate. Ukrainian troops were pinned down, their supplies running low, their dead and injured stacking up. Their last-ditch stand at the Azovstal mill was a growing symbol of Ukraine’s defiance in the war against Russia. They could not be allowed to perish.

The 51-year-old pilot — identified only by his first name, Oleksandr — flew just the one mission to Mariupol, and he considered it the most difficult flight of his 30-year-career. He took the risk, he said, because he didn’t want the Azovstal fighters to feel forgotten.

In the charred hell-scape of that plant, in an underground bunker-turned-medical station that provided shelter from death and destruction above, word started reaching the wounded that a miracle might be coming. Among those told that he was on the list for evacuation was a junior sergeant who’d been shredded by mortar rounds, butchering his left leg and forcing its amputation above the knee.

“Buffalo” was his nom de guerre. He had been through so much, but one more deadly challenge loomed: escape from Azovstal.

A series of clandestine, against-the-odds, terrain-hugging, high-speed helicopter missions to reach the Azovstal defenders in March, April and May are being celebrated in Ukraine as among the most heroic feats of military derring-do of the four-month war. Some ended in catastrophe; each grew progressively riskier as Russian air defense batteries caught on.

The full story of the seven resupply and rescue missions has yet to be told. But from exclusive interviews with two wounded survivors; a military intelligence officer who flew on the first mission; and pilot interviews provided by the Ukrainian army, The Associated Press has pieced together the account of one of the last flights, from the perspective of both the rescuers and the rescued.

Only after more than 2,500 defenders who remained in the Azovstal ruins had started surrendering did Ukraine’s President Volodymyr Zelenskyy first give wind of the missions and their deadly cost.

The Azovstal fighters’ tenacity had frustrated Moscow’s objective of quickly capturing Mariupol and prevented Russian troops there from being redeployed elsewhere. Zelenskyy told Ukrainian broadcaster ICTV that pilots braved “powerful” Russian air defenses in venturing beyond enemy lines, flying in food, water, medicine and weapons so the plant’s defenders could fight on, and flying out the injured.

The military intelligence officer said one helicopter was shot down and two others never came back, and are considered missing. He said he dressed in civilian clothes for his flight, thinking that he could melt into the population if he survived a crash: “We were aware it could be a one-way ticket.”

The royal family should pay to keep Prince Andrew silent about Ghislaine Maxwell and everything else, expert says