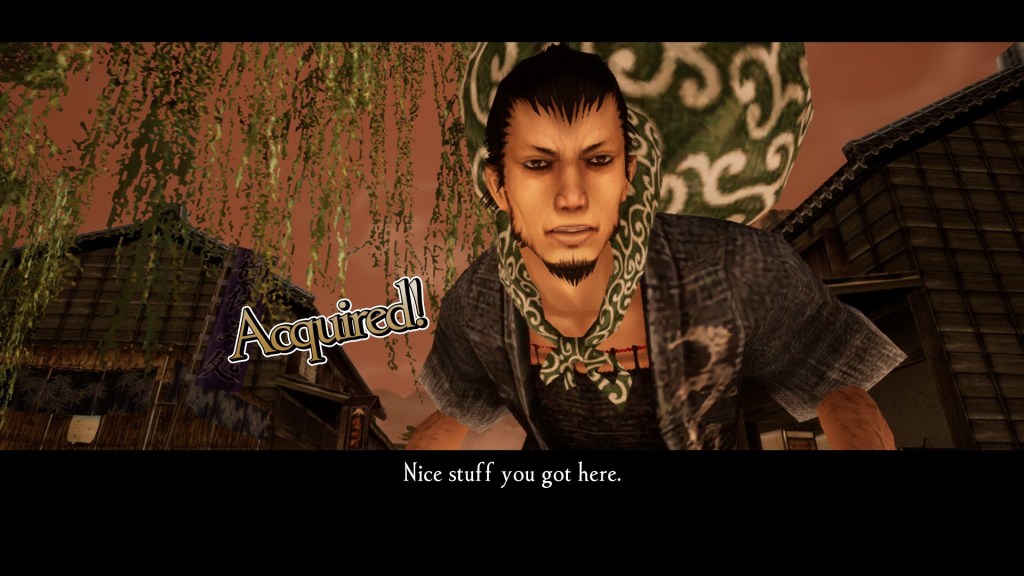 Kamiwaza: Way Of The Thief – it’s like Tenchu but you don’t play a ninja (pic: Acquire)

GameCentral talks to the creator of Tenchu about the remaster of long lost PS2 game Kamiwaza: Way Of The Thief and the future of ninja games.

There aren’t many people that can claim to have invented a whole genre, but while it had many antecedents, Tenchu: Stealth Assassins was the first proper 3D stealth game – released in February 1998, seven months before Metal Gear Solid. 2D stealth games had certainly existed before then, and there’d been innumerable games with ninja protagonists, but Tenchu was the first time the concept was realised in 3D, helping to create the late 90s and early 2000s fad for all things stealth.

Fashions come and go but it’s easy to see echoes of Tenchu in everything from Assassin’s Creed to Sekiro: Shadows Die Twice. There have been many Tenchu sequels since, but original director Takuma Endo, and developer Acquire, only worked on the first two (and the oft-forgotten Shadow Assassins for PSP and Wii). He also went on to produce spiritual successor Shinobido, and its sequel, but there is another evolutionary link in the series that most Western gamers will be unaware of.

Kamiwaza: Way Of The Thief was originally released for PlayStation 2 in 2006, right at the end of the console’s lifetime and only a few months before the launch of the PlayStation 3. It has much in common with Tenchu and Shinobido, in terms of gameplay, but instead of a ninja it features a noble thief who robs from the rich and gives to the poor. Unlike the Tenchu franchise, Acquire still owns the rights to Kamiwaza and so they’re now planning to remaster the game for modern consoles.

Although we haven’t played Kamiwaza ourselves yet we were able to talk to Endo about the game, his previous work with historical stealth games, and the surprising impact of the Western made Ghost Of Tsushima.

It’s an interesting discussion about the birth of a genre and how making a similar game today would be a much more difficult proposition. Or at least it would be for a Japanese developer compared to a Western one…

GC: My understanding is that the original Tenchu came about from you winning a game design contest? Is that actually true?

TE: Your information is half correct! [laughs] There was a games contest, and I did win. However, it was for a different game, not Tenchu. However, through that experience it did allow me the opportunity to make a game and the game that came out of that was, of course, Tenchu.

GC: What was the game that you actually won for?

TE: It was just a different action game. I was 26. After graduating from university, after about six months, I worked in IT. And the purpose of that was to save money, which I then put into forming a company, in order to make games.

Love Island fans in awe of Dami Hope gushing over Indiyah Polack during date with new bombshell Antigoni Buxton: ‘That man has fallen’