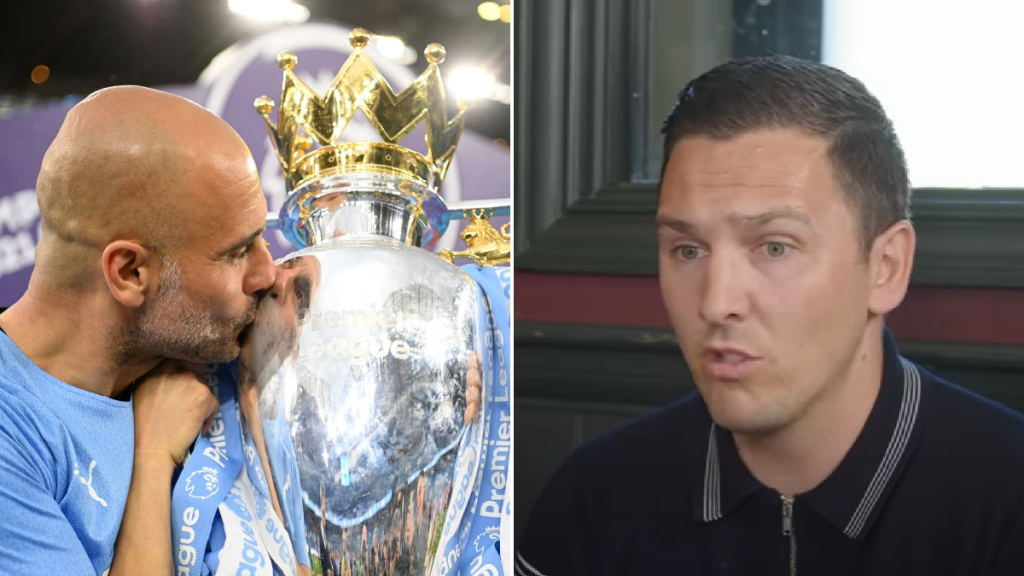 Stewart Downing has named the two clubs he believes will challenge Manchester City and Liverpool for the Premier League title next season.

Man City and Liverpool have enjoyed a fascinating rivalry in recent years, with the Premier League trophy heading to the Etihad or Anfield in five successive seasons.

Pep Guardiola is responsible for four of those title triumphs, with his Manchester City side finishing one point above Liverpool last season to clinch their sixth title since 2012.

Man City and Liverpool pulled well clear of their rivals during the 2021-22 campaign but former England winger Downing believes Guardiola and Jurgen Klopp could face greater competition next season.

‘I can see Chelsea being the club to challenge Manchester City and Liverpool next season,’ he said ahead of the return of Masters Football, which is available to stream on 360 Sports TV on July 8.

‘They’ve had a new takeover, got a good manager who I’m sure will stay now with the new backing and owners.

‘If they get Raheem Sterling in and Romelu Lukaku goes and they revamp the squad, they’ve got to be in with a shout because they are a quality team.

‘Tottenham could be an outsider; I’m not saying title-winners, but they should be pushing because Antonio Conte did an unbelievable job with that team, who were struggling at one point.

‘They’ve strengthened this summer and I’m sure they will continue and that’s why he has stayed. I wouldn’t rule them out of challenging.’

While Chelsea and Tottenham finished in the top four last season, they have work to do to make up ground on Manchester City and Liverpool.

‘We want to stay in the race and Liverpool and Man City do everything to make their squads bigger and they set the standard so high. This is the challenge in which we compete.’