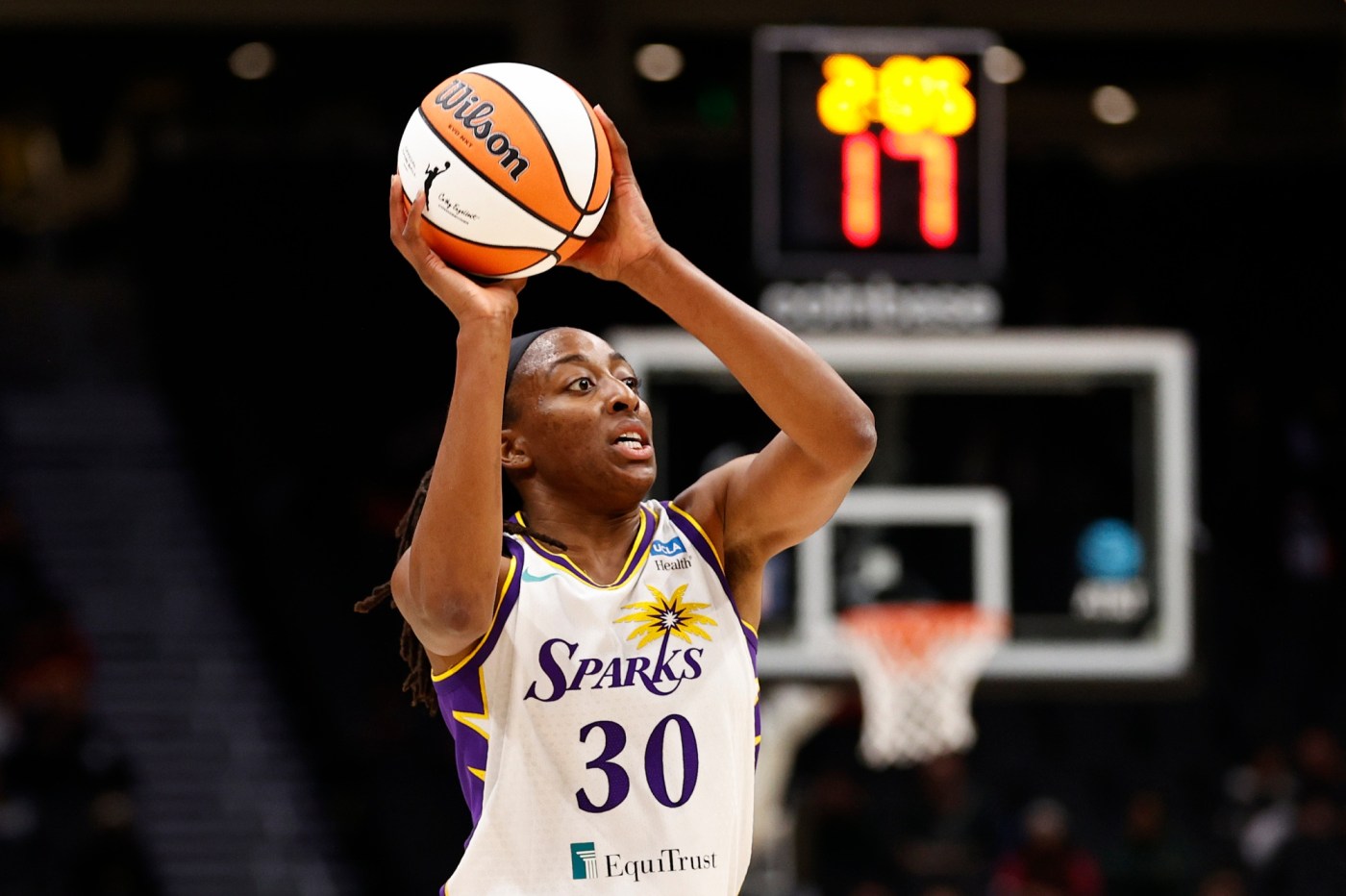 LOS ANGELES — The Sparks escaped with a much-needed victory Tuesday night – if not many nails left to chew on.

That quintessential Nneka line: 9 for 13 from the field for a team-high 21 points. She was also 1 for 1 from 3-point range and 2 for 2 from the free-throw line – those foul shots coming with 10.2 seconds left to help lock up the win for the Sparks (6-9) on Tuesday night at Crypto.com Arena.

Elsewhere in the WNBA on Tuesday, the Chicago Sky came back from a league-record 28 points earlier in the evening in Las Vegas. Later, in Los Angeles, the Mystics erased almost all of the Sparks’ 14-point fourth-quarter advantage, whittling the advantage to 80-78 with 24 seconds left after a pair of Ariel Atkins free throws.

Natasha Cloud fouled Jordin Canada, who buried the free throws but Cloud buried a 3-pointer to trim the lead to the narrowest of margins: 82-81, with 13.3 seconds to play.

Then Nneka Ogwumike pushed the lead back to three points with another clutch pair of free throws.

It came down to more free throws to decide it after Cloud put up a 3-pointer over Brittney Sykes – who was called for a foul – her first, and hotly disputed. After Cloud made the first free throw, she missed the second and then the third.

“We needed that,” said Chiney Ogwumike said during her postgame walk-off interview, fresh off a 10-point, nine-rebound outing – one board shy of recording consecutive double-doubles for the first time as a Spark.

Before the game, Williams made it a point to request better transition defense after the Dallas Wings ran up 35 fast-break points against L.A. last weekend.

And the Sparks delivered, limiting Washington to just eight fast-break points – below the 14.4 per game they’d been allowing.

The Sparks also started hitting 3-pointers (because they started taking them) after halftime and used a big third quarter to secure their advantage Tuesday, outscoring Washington 28-20 in the period to take a 12-point lead into the fourth quarter.

The hosts were 1 for 5 from deep through the first 20 minutes. In the third quarter, they went 5 for 5 from behind the arc. After the Sparks made just one 3-pointer in the first half, they buried two within the first minute of the second half, Toliver’s 28-footer giving the Sparks their largest lead until that point, 41-33.

Elena Delle Donne was out for the Mystics (11-8) on Tuesday, the two-time WNBA MVP getting the day to rest.

Miss Manners: What they did at Thanksgiving ruined their chance to vacation with us again

People Fleeing Abortion-Ban States Are Desperate for Our Help

$225,000 and counting: Contra Costa jails were hotbed for EDD fraud