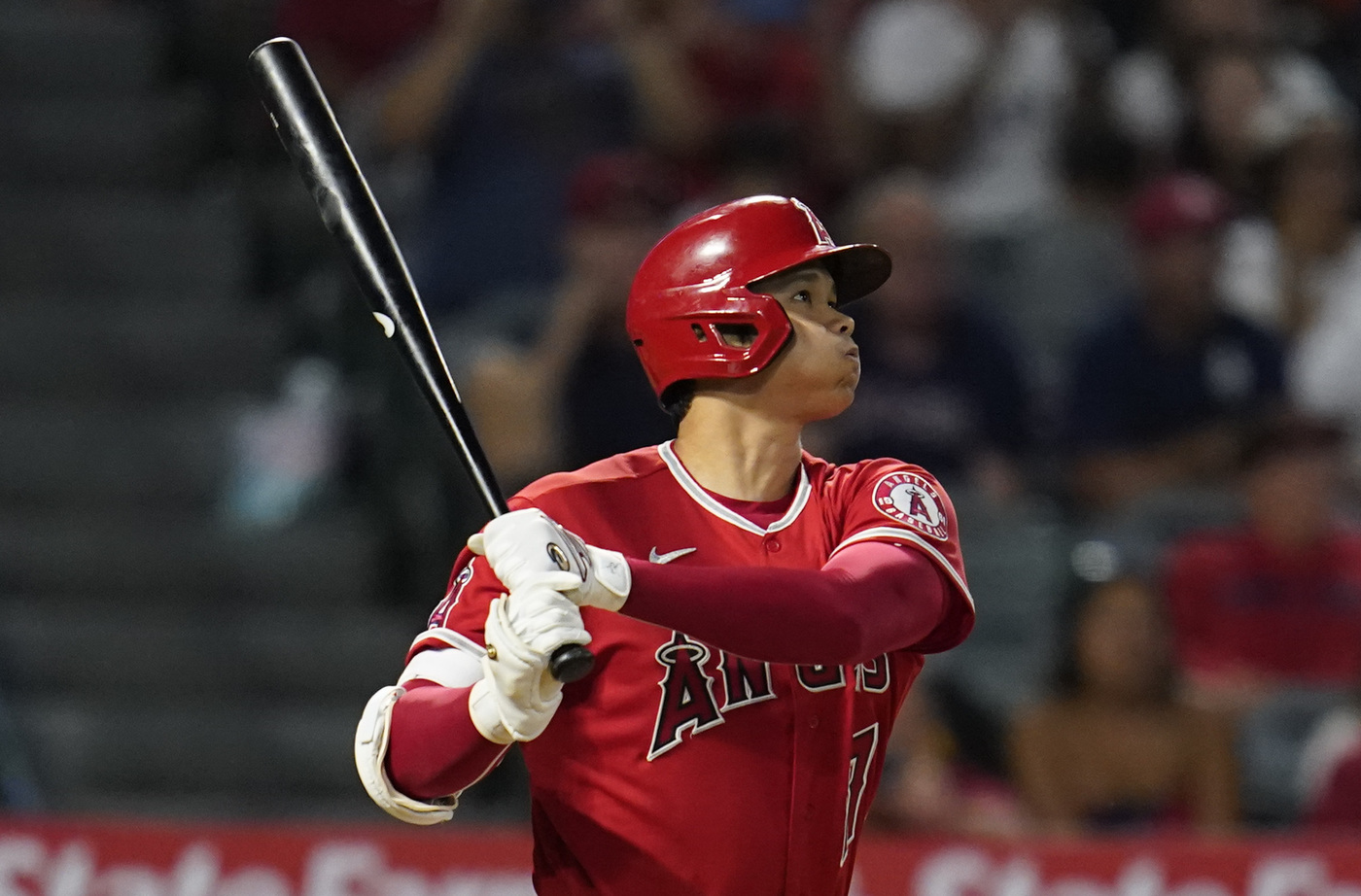 ANAHEIM ― As Shohei Ohtani rounded the bases, Jared Walsh stood by the on-deck circle and turned toward the stands, incredulous. He stretched his arms beside himself, the universal gesture for “are you kidding me?”

Ohtani’s second home run of the night came with two runners on base in the bottom of the ninth inning with the Angels trailing by three runs. The moonshot to right field gave Ohtani 861 feet of home runs and seven RBIs (he later added an eighth RBI) in a game the Angels lost in the 11th inning, 12-11, before an announced crowd of 20,189 on Tuesday night at Angel Stadium.

The crowd got its money’s worth. The Angels rallied from deficits of 5-0, 6-1 and 10-7. Phil Nevin became incensed in the middle of a pitching change and was ejected while standing on the mound. Ten days after he hit for the cycle, Walsh fell a single short of another.

In the top of the 11th inning, Whit Merrifield doubled off Jose Quijada to score Nicky Lopez, who began the inning on second base under the extra-inning tiebreaker rule. Merrifield eventually scored from third base on a chopper up the first-base line.

The Angels had runners on first and third with nobody out for Trout and Ohtani in the bottom of the 11th, but they could not capitalize. Trout struck out against Daniel Mengden. Ohtani flew out to left field, giving him eight RBIs on the night and bringing the Angels within 12-11.

Walsh, however, popped out to foul territory, ending the game a crisp 4 hours and 14 minutes after it began.

Carlos Santana and Bobby Witt Jr. were a two-man wrecking crew for the Royals. Santana, the veteran first baseman, went 4 for 5 with 5 RBIs, falling a triple shy of the cycle himself. Witt, the rookie shortstop, hit two home runs – the first multi-homer game of his career. The two had a hand in 10 of the 12 runs the Angels allowed.

Santana’s RBI single in the eighth inning against Aaron Loup gave Kansas City an 8-7 lead. Witt’s second home run of the game, a two-run blast to right-center field off Jimmy Herget, made it 10-7 in the ninth inning.

That merely set the stage for Ohtani’s latest act of heroism. Tyler Wade led off the ninth inning with a bunt single against Royals closer Scott Barlow. With one out, Trout drew a walk. The Angels drew six walks in addition to their 10 hits.

On a 2-and-2 count, Ohtani got all of a curveball over the plate, launching it 438 feet to right field. He watched the ball soar into the night sky, his 15th home run cutting a formidable path.

The Royals took advantage of their chances against Angels starter Reid Detmers, using two homers and two doubles to jump out to a 5-0 lead.

After falling behind 0-and-2, Witt ended a 10-pitch at-bat with a solo home run in the first inning. Hunter Dozier led off the second inning with a walk and scored on a …read more

Chelsea Handler: My 3 Abortions Are Why America Needs Roe

How a Detective Helped Nail the Torso Killer—From the Grave

The Perfect Summer Dress Exists, and We May Have Found It