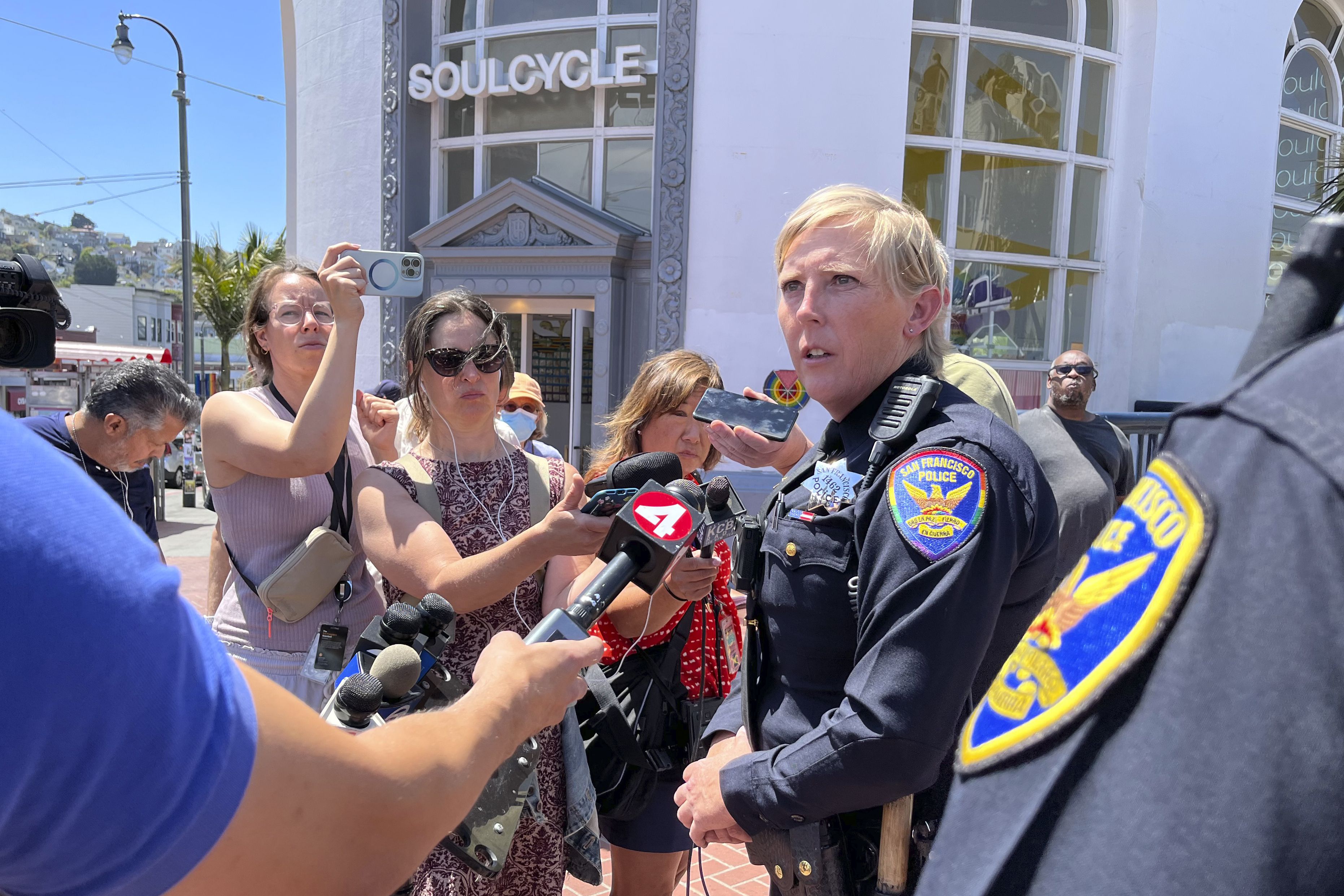 One man was killed and another was wounded in a shooting on a San Francisco subway train Wednesday that ended in the city’s historically LGBTQ neighborhood just days before Pride celebrations, police said.

The shooting occurred shortly before 10 a.m. on a commuter train as it pulled away from a residential station toward the station in the city’s Castro neighborhood. There, officers found two victims, one dead at the scene. The other person, a bystander, was taken to a hospital with an injured knee, said San Francisco Supervisor Myrna Melgar, whose district includes the residential Forest Hill station.

She said witnesses reported three or four shots and a “heated verbal argument” between the suspect and deceased victim. She said the suspect ran out with other passengers when the train stopped.

Supervisor Rafael Mandelman, who represents the Castro District, said the victim and suspect appeared to know each other.

“It’s cold comfort, but it does not appear that this was random,” he said. “It was not someone who, you know, got on the train and just started shooting, which would have been even more horrible. This was horrible enough.”

While authorities said the shooting was not connected to upcoming Pride events, the death cast a glum start to the celebrations at a time when members of the LGBTQ community are experiencing heightened threats, including protests at libraries where drag queens read to children. The station where the suspect ran out is at the heart of San Francisco’s famous Castro neighborhood, which is internationally known for its LGBTQ activism.

“There have been horrible incidents around the country and even in the Bay Area. So people are nervous, and I’m sure this doesn’t help. People should be alert,” said Mandelman.

Police provided few details Wednesday on what happened or how many people were on the train, although Melgar initially said on social media that the train was packed. They have not released information on the victims or the suspect but said the public was not at risk.

The shooting is believed to have been the first ever on a train with the San Francisco Municipal Transportation Agency — also known as Muni. The agency operates most public transit in the city, including trains, buses, streetcars and San Francisco’s iconic cable cars.

“The incident that took place this morning is unnerving and yet another reason why we need to do more to prevent gun violence,” Melgar said in a statement. “There are too many guns out in our society, escalating a verbal argument into a senseless death of a young life.”

Erica Kato, a spokeswoman for the transit agency, said she did not know how many passengers were on board but noted that overall ridership is about half of what it was before the pandemic. She said ridership to San Francisco’s downtown core is even less.

The shooting comes just four days before San Francisco’s Pride parade, which typically draws thousands of people from around the world.

“Never heard of anything like this over …read more