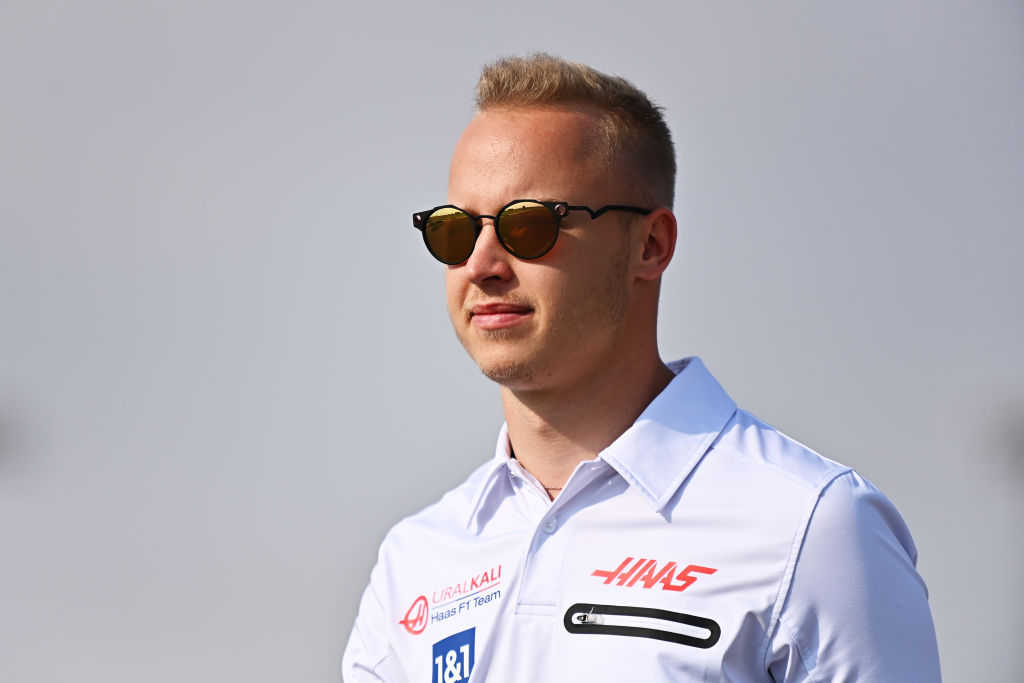 Nikita Mazepin was dropped from Haas before the start of the 2022 season (Photo: Getty)

Nikita Mazepin has said that he is suing his former team Haas over allegedly unpaid wages.

Haas terminated both the Russian driver’s contract and Uralkali’s title sponsorship of the team just before the start of this season in the wake of Russia’s invasion of Ukraine.

Mazepin’s father Dmitry has a significant stake in chemical company Uralkali, as well as close ties to Russian President Vladimir Putin, and the driver’s contract with Haas was almost entirely based upon the sponsorship deal.

The 23-year-old expressed his disappointment and anger with the decision at the time, saying: ‘The sport’s values need to be evaluated,’ despite not condemning the war himself.

Now, Mazepin has announced that his is suing Haas for the money he was due to receive this year before his contract was cancelled.

‘At the termination of the contract Haas had a salary debt to me for this year and they still haven’t paid it,’ he claimed to a group of journalists as reported by Russian outlet Championat.com.

‘It seems to me that the employer should at least compensate the salary until the moment of termination and probably pay some severance pay.

‘And when the whole world kicks you somewhere…that’s probably wrong. But that’s just my opinion.’

Mazepin’s contract with Haas was always under intense scrutiny, as is the case with most Formula 1 pay drivers, but given off-track demeanours and a less-than-stellar junior career many questioned whether the Russian should have been given a drive in the first place.

In 2021, he finished last in the standings with zero points, although it must be noted that the Haas car was not at all up to scratch.

While Mazepin says that the Urakali deal and his contract were two separate entities, his seat was always dependent on the sponsors funding, and as soon as that went, Haas saw no reason to keep the underperforming driver.

Kevin Magnussen was re-signed to the team and the Dane has had a good start to his F1 return with 15 points after nine races which leaves him 12th in the standings.

But Mazepin still doesn’t see his dismissal as fair, adding: ‘I’m just talking about the fact that the contractual obligations were not met.

‘You have to understand that we had two independent contracts. And the breakdown of the agreement with the title sponsor had no direct impact on my future in the team.

‘That is, they made two separate decisions. I have not seen my money, that is why we are going to court.

‘This is my personal story. Documents have already been filed with the court.’

Stock Market: Suez Canal Update! Floating!
Haim singer Este recalls being on verge of ‘full-blown seizure’ due to type 1 diabetes during past Glastonbury set: ‘I passed out’

Nine of the best air fryers for 2022, from Ninja to Philips