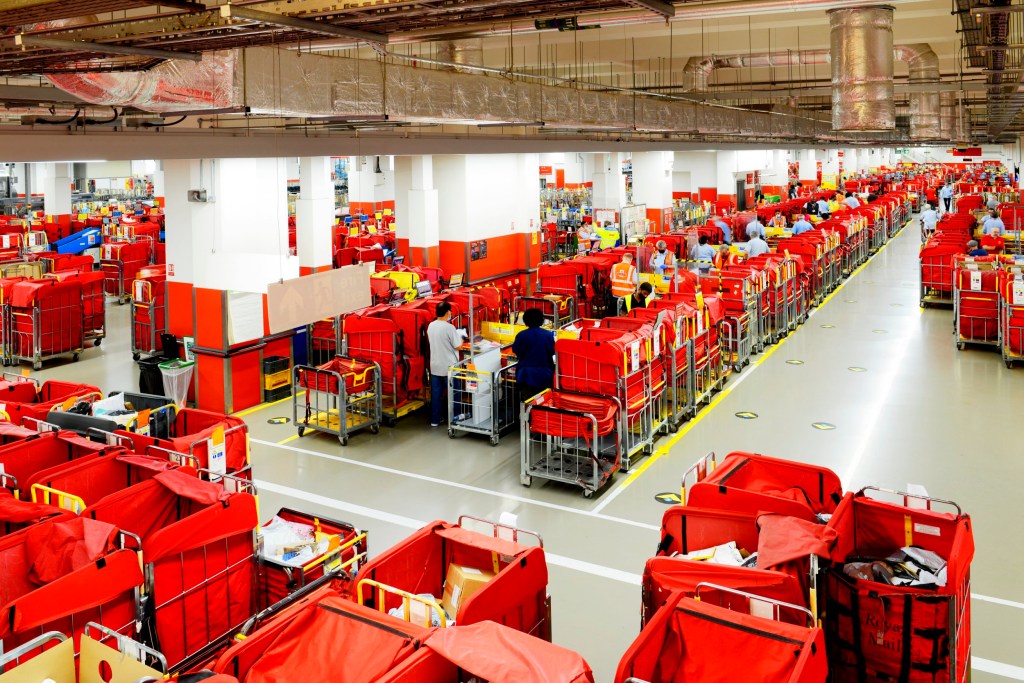 Royal Mail workers will be voting on industrial action next week (Picture: Getty)

Tens of thousands of Royal Mail workers could soon be joining the biggest strike action in more than 30 years over the cost of living crisis.

Around 115,000 Communication Workers Union (CWU) members will be voting on industrial action in a bitter row over pay.

Ballot papers will go out on Tuesday, June 28, after they rejected the company’s 2% pay award offer.

CWU deputy general secretary Terry Pullinger said Royal Mail’s proposal is ‘miles away from where inflation is’ and is ‘totally inadequate’.

‘We will be serving a notice on Royal Mail Group over a pay claim – our claim for an inflation-based, no-strings pay award,’ he confirmed in a clip shared on Twitter yesterday.

His announcement comes amid fears the UK is another ‘Winter of Discontent’.

The results of CWU’s ballot are set to be announced on July 19 (Picture: Getty)

After days of travel chaos across the UK, strikes are further planned on most major lines tomorrow and Saturday.

The Rail, Maritime and Transport (RMT) union has called for a 7% pay rise to keep up with skyrocketing cost of living after last-minute negotiations between unions and rail bosses failed.

Mr Pullinger said: ‘Throughout this entire dispute, Royal Mail management have conducted themselves insultingly and disrespectfully to key workers.

‘Their conduct, and particularly the imposition of such an aggressive pay offer, has eroded trust among loyal employees.

‘Nobody wants to be in this situation, but our members are heroes. We will defend ourselves if provoked – and we are convinced we will receive our biggest ever Yes vote for action.’

CWU’s demands come as inflation – currently at 9% – is set to surpass 11% in October, according to the most recent forecast by the Bank of England.

General-secretary Dave Ward also stressed workers have been treated in a ‘completely undignified manner’ by the people they make ‘incredible’ profits for.

‘Our members kept this country connected throughout our country’s greatest crisis since World War Two, and many paid the ultimate sacrifice,’ he added.

Stock Market: Suez Canal Update! Floating!
We had our first date at Glastonbury – our wedding was a tribute to the festival

Suspect review: Tales Of The Unexpected for The Killing generation

What to wear to work in the summer – and why you should Free your Feet!