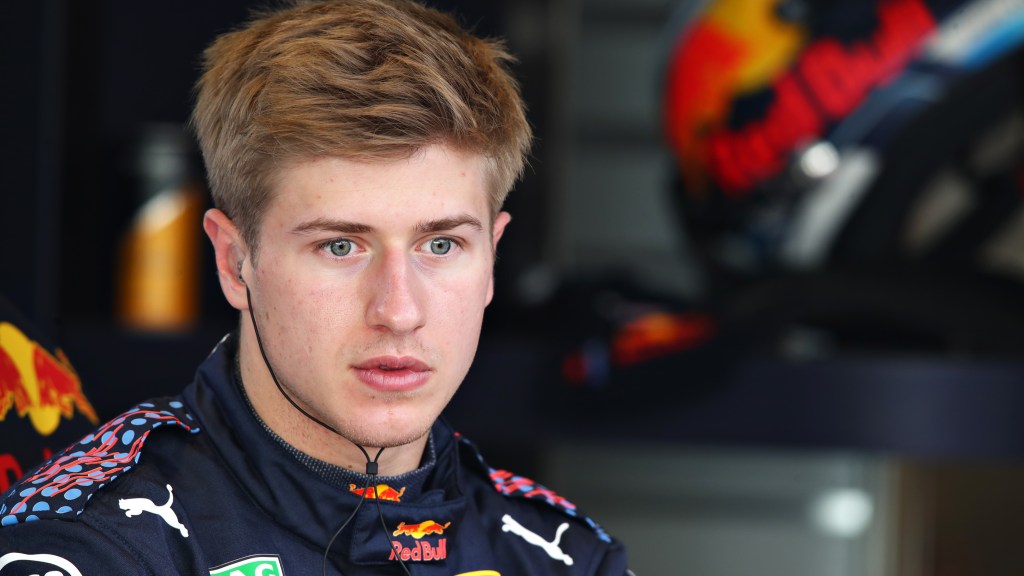 Red Bull has suspended driver Juri Vips from its young driver program after the Formula 2 racer used a shocking racial slur during a live stream on Twitch.

The 21-year-old Estonian currently drivers for Hitech in the F2 championship, the final category of junior open-wheel racing before graduating to Formula 1.

He took part in last season’s F1 young driver test at Abu Dhabi in a Red Bull car, and also stepped in for Sergio Perez at this year’s Spanish Grand Prix, taking part in the first practice session with the team alongside current world champion Max Verstappen.

Vips is currently seventh in the Formula 2 standings after the opening six rounds of the season, but his future racing career is now in doubt after his use of vile language during a live broadcast with fellow Red Bull junior Liam Lawson.

While the pair were playing a game of Call of Duty: Warzone in front of online viewers on streaming platform Twitch, Vips launched into a tirade about about a fellow player, shouting: ‘F**k! B**h! N****r!’

Once Red Bull were alerted to the broadcast, they immediately suspended Vips and launched an investigation.

‘Red Bull Racing has suspended junior driver Juri Vips from all team duties with immediate effect, pending a full investigation into the incident,’ the team said in a statement. ‘As an organisation we condemn abuse of any kind and have a zero-tolerance policy to racist language or behaviour within our organisation.’

‘I want to unreservedly apologise for the language used during a live gaming stream earlier today,’ Vips wrote to his social media followers. ‘This language is entirely unacceptable and does not portray the values and principles I hold. I deeply regret my actions and this is not the example I wish to set. I will co-operate with the investigation fully.’

London studio flat available to rent for £1,083 a month has a bed up a ladder