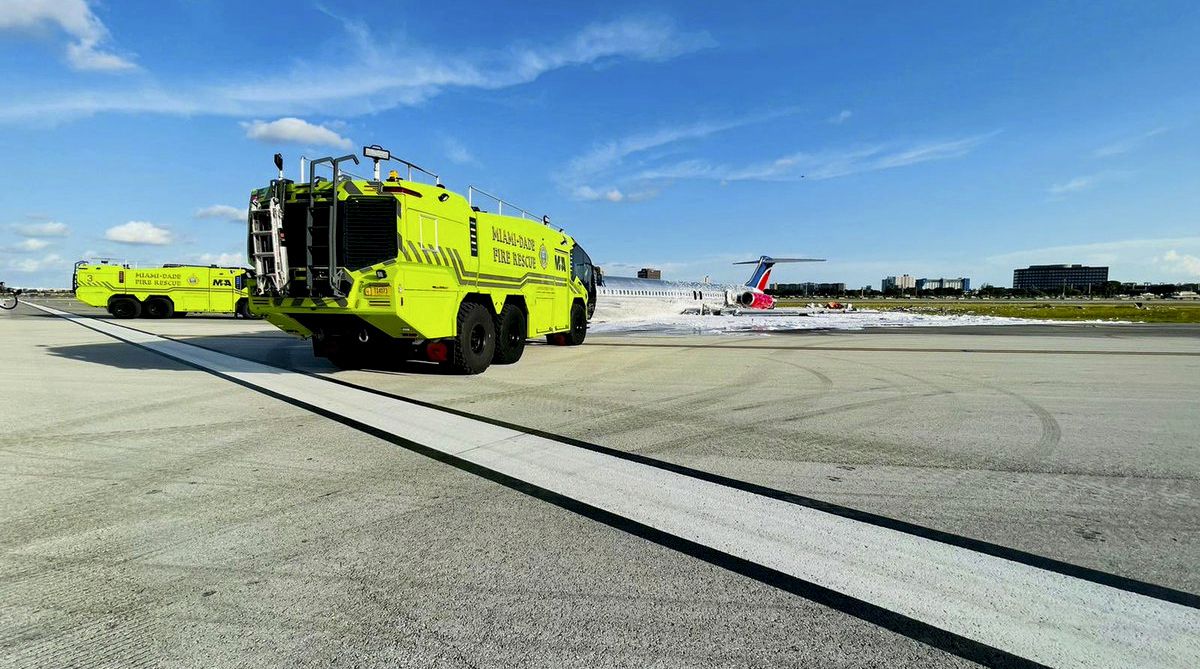 The fire was caused by the collapse of the front landing gear on a Red Air flight arriving from Santo Domingo, Dominican Republic, Miami-Dade Aviation Department spokesman Greg Chin said in an email to The Associated Press.

The MD-82 jetliner was carrying 126 people, and three of them were taken to a hospital for treatment of minor injuries, he added. Other passengers were being bussed from the plane to the terminal.

Miami-Dade Fire Rescue posted on Twitter that fire crews had placed the fire under control and were mitigating fuel spillage.

TV news images showed the plane appeared to have come to rest in grass beside a runway and that the aircraft and an area all around it were apparently doused with white firefighters’ chemicals. At least three firefighting vehicles were positioned nearby.

The National Transportation Safety Board posted that a team would arrive at the airport by Wednesday to investigate the fire.