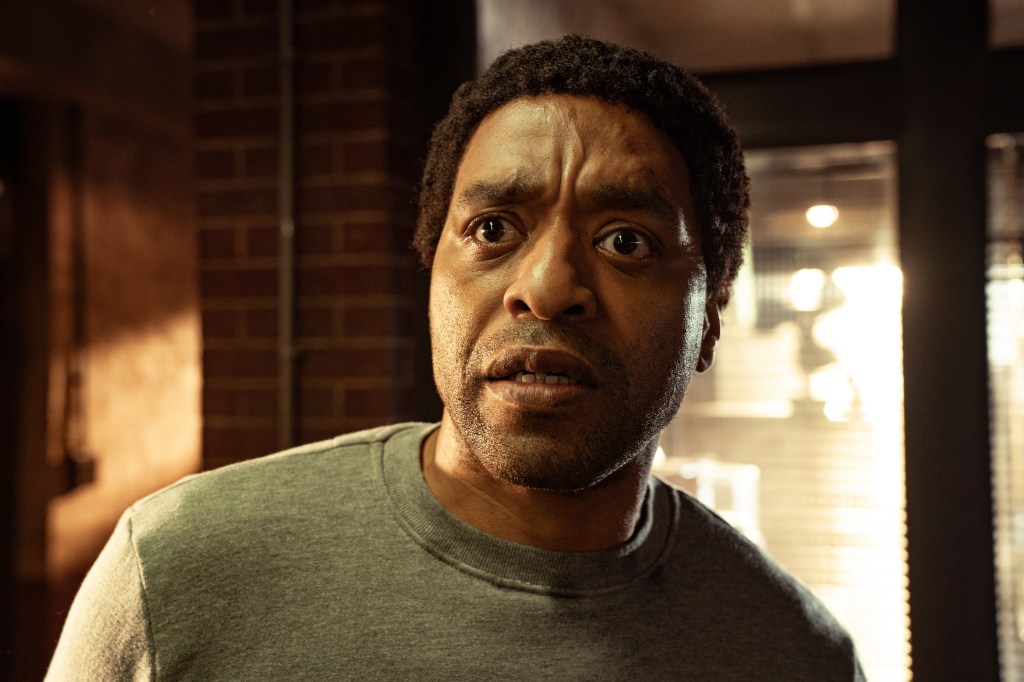 Chiwetel Ejiofor as Faraday in The Man Who Fell To Earth (Picture: Aimee Spinks/Showtime)

An open mind is prerequisite number one when it comes to the commandments in the Reviewers’ Bible. But boy is that hard when it comes to The Man Who Fell To Earth, a sequel to the classic 1976 movie starring David Bowie and directed by Nicolas Roeg that just happens to be top of my all-time list.

So coming to this 10-part TV series there’s a lot of ‘what were they thinking?’ to get over. Does it conjure up the aching melancholy of the original? No. Does it create the sense of mesmerising other-worldly alienation captured by Bowie? Another resounding no. Does it make a case for existing at all? Well, surprisingly, yes (just about).

This time around it’s Chiwetel Ejiofor who has fallen to Earth as Faraday, a successor to Bowie’s Newton.

Faraday’s persona, part Frankenstein’s monster, part Rain Man, is an altogether less fragile alien creation than Newton, Ejiofor giving him a surprisingly threatening presence even though his lack of human social skills puts him on the wrong end of several beatings.

What Faraday clearly does share with Newton is the ability to rise to the top of the techie ranks because, in what seems an odd editorial choice, we see him in the opening sequence, apparently fully humanised, given a hero’s welcome at a Ted-talk style gathering. Which kind of takes the edge off his stranger-in-a-strange-land journey.

There are strong performances from Naomie Harris and Chiwetel Ejiofor (Picture: Aimee Spinks/Showtime)

Indeed, odd choices abound: the tone veers from thriller to deadpan comedy to sci-fi fantasy without ever settling on one long enough to tell what this sequel truly wants to be.

There are times when it falls so heavily between every available stool it threatens to crumble into space dust.

Yet what does hold it together are the performances from Ejiofor and Naomie Harris, as Faraday’s reluctant accomplice, which succeed in creating an emotional gravitational pull.

And, more powerfully still, there’s the sense that almost half-a-century on from the original, the central theme of man’s humanity to man and distrust of anything ‘other’ resonates as strongly as ever. Some things never change.

The Man Who Fell To Earth airs on Paramount+ on Wednesdays.

MORE : Naomie Harris would ‘love’ to return as Moneypenny in James Bond film franchise – but is yet to be asked

MORE : David Bowie documentary featuring never-before-seen footage of the star to be released in 2023

Dear Abby: Boyfriend moves in, then mopes about my kids being here

Justin Timberlake issues apology after his dodgy Beat Ya Feet dancing goes viral: ‘Maybe it was the khakis’