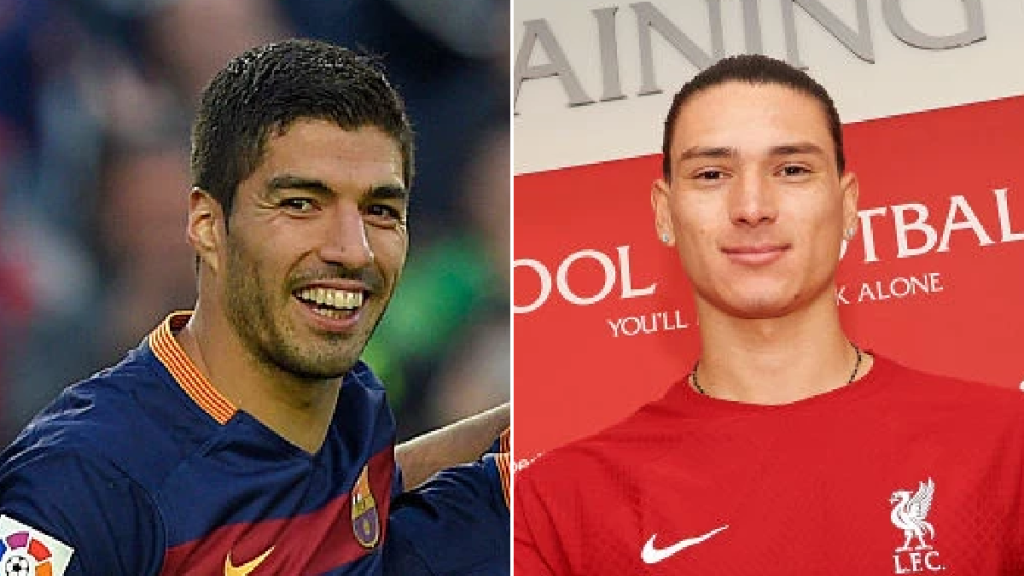 Luis Suarez has dismissed comparisons between himself and Darwin Nunez and insists his fellow Uruguayan will ‘write his own story at Liverpool’.

Jurgen Klopp has spent huge money on bringing the 22-year-old to Anfield in a deal initially worth £64m which could rise to a club-record £85m in add-ons.

Nunez scored 34 goals in 41 appearances last season for Benfica and is seen as a replacement for the likes of Sadio Mane – who has been strongly linked to Bayern Munich – and Roberto Firmino, who has entered the final year of his contract.

However, it could have ended up very differently for Nunez, with his fellow Uruguayan Suarez admitting that he recommended Barca to sign him before he moved to Portugal from UD Almeria.

‘It was last season that Europe started to take notice of him because of his performances for Benfica – but from an early age I could see there was something special in him,’ Suarez told the Daily Mirror.

‘While he was at Almeria I recommended him to Barcelona but it was something that never happened.’

The 35-year-old has spent the last two years at Atletico Madrid and is considered to be one of the best strikers of his generation, winning five La Liga titles and the Champions League.

He also won four Copa del Reys during his time at Camp Nou as well as the League Cup with Liverpool, the Eredivisie with Ajax and the Copa America with Uruguay – but Suarez has been quick to dismiss comparisons between himself and his compatriot Nunez.

‘He (Nunez) will write his own story at Liverpool,’ Suarez added. ‘He is Uruguayan and he is a forward but that is where the comparisons stop – he is a special player and doesn’t need to be compared with anybody.

‘He is going to a great club with one of the best coaches in the world, players he can learn off, and of course those special fans.

‘I can be there to offer him advice about England and about the style of play – but I don’t think he will need it – he will let his talent do the talking.’