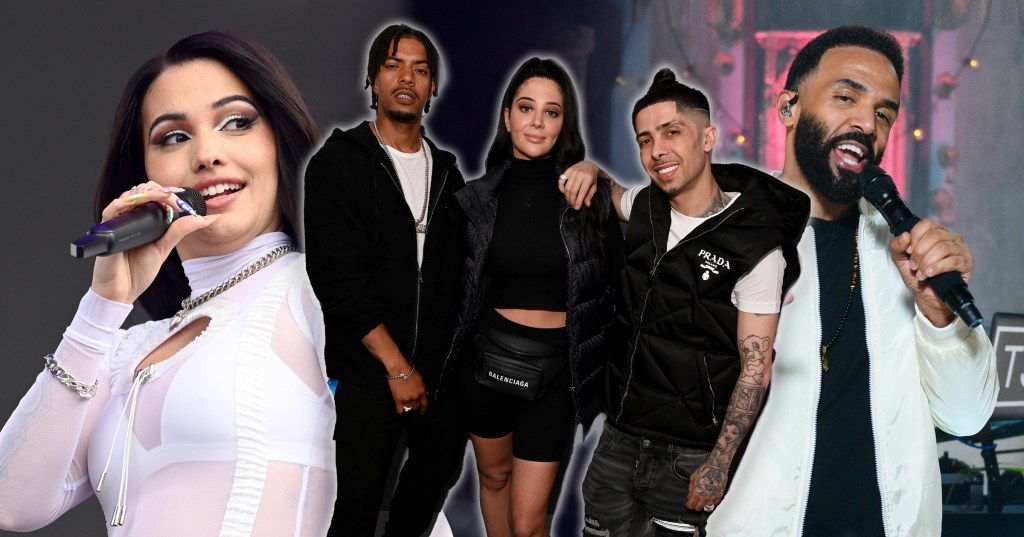 KISS’s Haunted House Party is back and Mabel (left), N-Dubz (centre) and Craig David (right) are all on the line-up (Picture: Getty)

The first names have been revealed for KISS’s Haunted House Party 2022 and fans will get to see N-Dubz’s first live performance ahead of their reunion tour.

KISS Breakfast presenters Jordan Banjo and Perri Kiely revealed the first set of names on Wednesday’s show, adding: ‘The KISS Haunted House Party is undoubtedly the best Halloween event of the year – and it’s finally back in real life!

‘We can’t wait to bring everyone together again for a huge memorable night of music and experiences. Let’s go!’

The event is set to return after two years on pause due to the ongoing coronavirus pandemic, and will also mark N-Dubz’s first live performance since getting back together this year.

The trio, consisting of Tulisa Contostavlos, Dappy and Fazer, had announced they were ending their decade-long hiatus in May, returning with their new single Charmer.

The band are set to start their tour on November 7, meaning the KISS Haunted House Party will be their first confirmed performance as a trio since they went their separate ways in 2012.

N-Dubz previously revealed that their big reunion was almost ruined by a taxi driver leaking that they were getting back together.

Dappy joked: ‘Let’s just say a familiar Uber man that I always use was like “Dappy, who is that?” And I was like “Bro, bro just shhh don’t worry.”

Tulisa added: ‘He took a picture of me that day and we were like “Please, please don’t post it”, because we were coming out of a studio session. But he can post it now!’

KISS’s Haunted House Party is famous for the stars (and the partygoers) getting dressed up in their best Halloween costumes, and past years have seen some incredible looks, including Rita Ora transforming into rapper Post Malone and Anne-Marie dressing up as Billie Eilish.

KISS Haunted House Party presented by VOXI will take place on October 28 at the OVO Arena Wembley, with tickets going on sale here from 10am.

Take a peek inside the glamping experience at Glastonbury