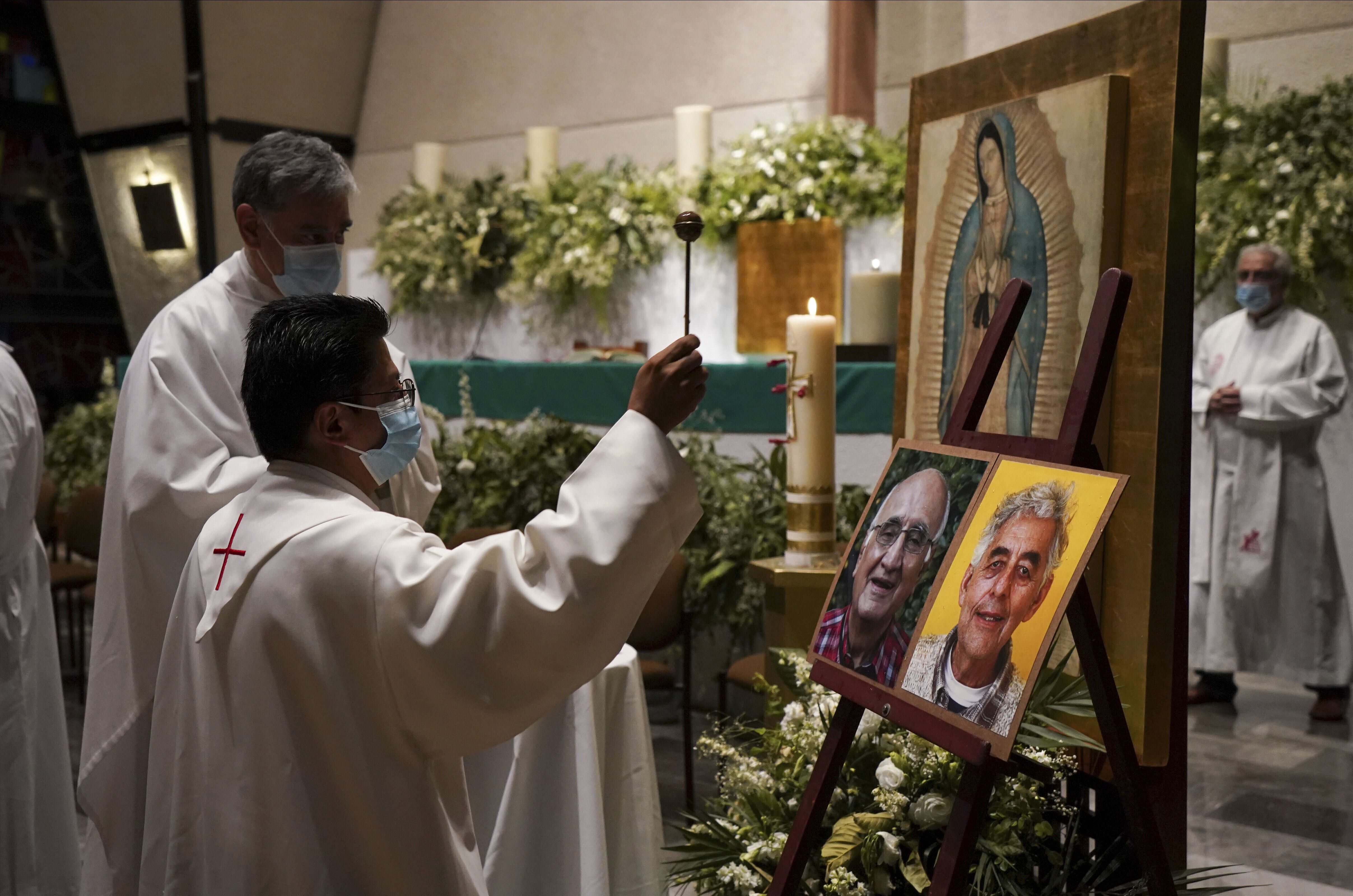 Two elderly Jesuit priests were killed inside a church where a man pursued by gunmen apparently sought refuge in a remote mountainous area of northern Mexico, the religious order’s Mexican branch announced Tuesday.

Javier Campos Morales, 79, and Joaquín César Mora Salazar, 80, were slain Monday inside the church in Cerocahui in Chihuahua state.

They were apparently killed after a man fleeing a drug gang took refuge in the church, authorities said. The gang apparently pursued and caught him, and killed all three.

Chihuahua Gov. Maria Eugenia Campos confirmed a third man was killed, without identifying him. But President Andrés Manuel López Obrador said during his daily news conference that the man fleeing the gunmen was also killed.

The state government later identified the third man as a tourist guide, and said he had been kidnapped and taken to the church, apparently by the gunmen.

The governor said the killings caused “deep anger, indignation and pain” and “shook us to our deepest depths.”

López Obrador said authorities had information about possible suspects in the killings and noted the area has a strong organized crime presence.

Violence has plagued the Tarahumara mountains for years. The rugged, pine-clad region is home to the Indigenous group of the same name. Cerocahui is near a point where Chihuahua state meets Sonora and Sinaloa, a major drug-producing region.

A statement from the Roman Catholic Society of Jesus in Mexico demanded justice and the return of the men’s bodies. It said gunmen had taken both of their bodies from the church.

“Acts like these are not isolated,” the statement said. “The Tarahumara mountains, like many other regions of the country, face conditions of violence and abandonment that have not been reversed. Every day men and women are arbitrarily deprived of life, as our murdered brothers were today.”

For some reason, the gunmen did not kill a third priest who was at the church, but refused his pleas for them to leave the bodies of his two colleagues, said Narce Santibañez, the press director for the Jesuits in Mexico.

The surviving priest said his two colleagues had been killed with gunshots at close range.

The Tarahumara Diocese said in a statement that “the killers, not content with murdering them, have taken their bodies … leaving a wake of pain, sadness and indigation among all of us who want to mourn them.”

The killing of priests has been a persistent tragedy in Mexico, at least since the start of the drug war in 2006.

The Rev. Gilberto Guevara serves in the parish of Aguililla in the western state of Michoacan, a town which has been on the front lines of cartel turf wars for years. Three priests have been killed in the area over the last decade.

“The danger is always there,” Guevara said about working in the cartel-dominated region. “As long as we don’t get in the way, they respect us, just as the government respects as as long as we are useful to them.”

The church’s Catholic Multimedia Center said seven priests have been murdered under the current administration, which took …read more