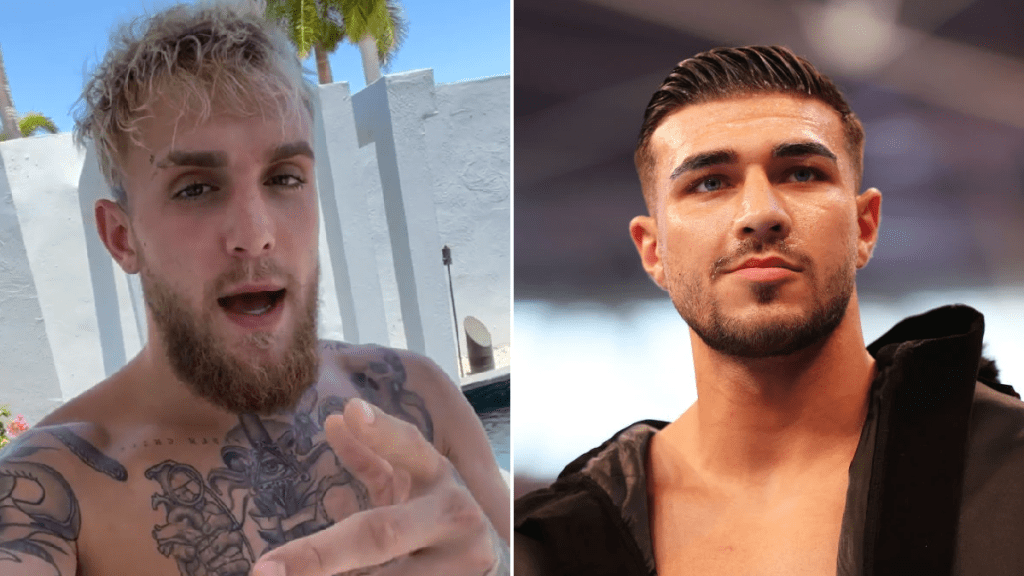 Paul revealed the reason for the latest stumbling block in a video message (Picture: Getty)

Jake Paul has warned Tommy Fury he has 24 hours to sign his contract for their August showdown.

Paul and Fury were scheduled to meet in the ring last December only for the former Love Island star to pull out of the bout after suffering a broken rib and a bacterial infection.

While the American went onto secure another knockout win over former UFC champion Tyron Woodley, the bad blood between him and Fury has simmered ever since.

Tommy’s father and trainer John Fury recently revealed to Metro.co.uk that negotiations were back underway for his son to fight Paul this summer. Paul has already confirmed a date for his return on 6 August when he will share a card with Amanda Serrano at Madison Square Garden in New York City.

While a deal appeared to be agreed, Paul has claimed it is now on the brink again because Fury is reluctant to fight without John in his corner – with Fury Snr banned from travelling to the US because of a prison sentence handed down in 2011.

Paul wrote on Twitter: ‘Tommy Fury and boxers like him are the reason this sport started to die. Tommy, you have 24 hours to fix this.’

The YouTuber-turned-fighter also shared a video, providing details on the latest breakdown in talks.

‘I wake up to another message this morning that says Tommy Fury is pulling out of the fight. We agreed to all of the terms, everything is ready to go, we are 45 days away,’ Paul said.

Tommy Fury and boxers like him are the reason this sport started to die. Tommy, you have 24 hours to fix this. pic.twitter.com/JZFh6VAiGo

‘We agreed to his $2million purse, we agreed to VADA testing, extra flights, extra rooms extra tickets. We are scheduled to have a press conference next week in New York. His entire team kept saying ‘we’re good, we’re signing the contract today’. It kept getting pushed until today.

‘What’s the excuse? ‘We can’t do it because my dad can’t be there with me’. Tommy, your dad has been banned from the United States for 15 years, he’s a criminal he’s not allowed in. You have known this the entire time.’

Paul went onto offer to level the playing field by agreeing to fight without his coaches in his corner on the night, insisting both men can ‘fight solo’.

‘This is what real boxers do. They make fights f*****g happen. You’re scared. You claim to be a professional boxer but you don’t want to make the fight with me? Who you said you would spark? Who is nothing to you? Where is all that s**t talk now, Tommy?’

Fury responded to Paul’s message suggesting the deal is done.

Glastonbury Friday, June 24: Who is playing at the festival today?