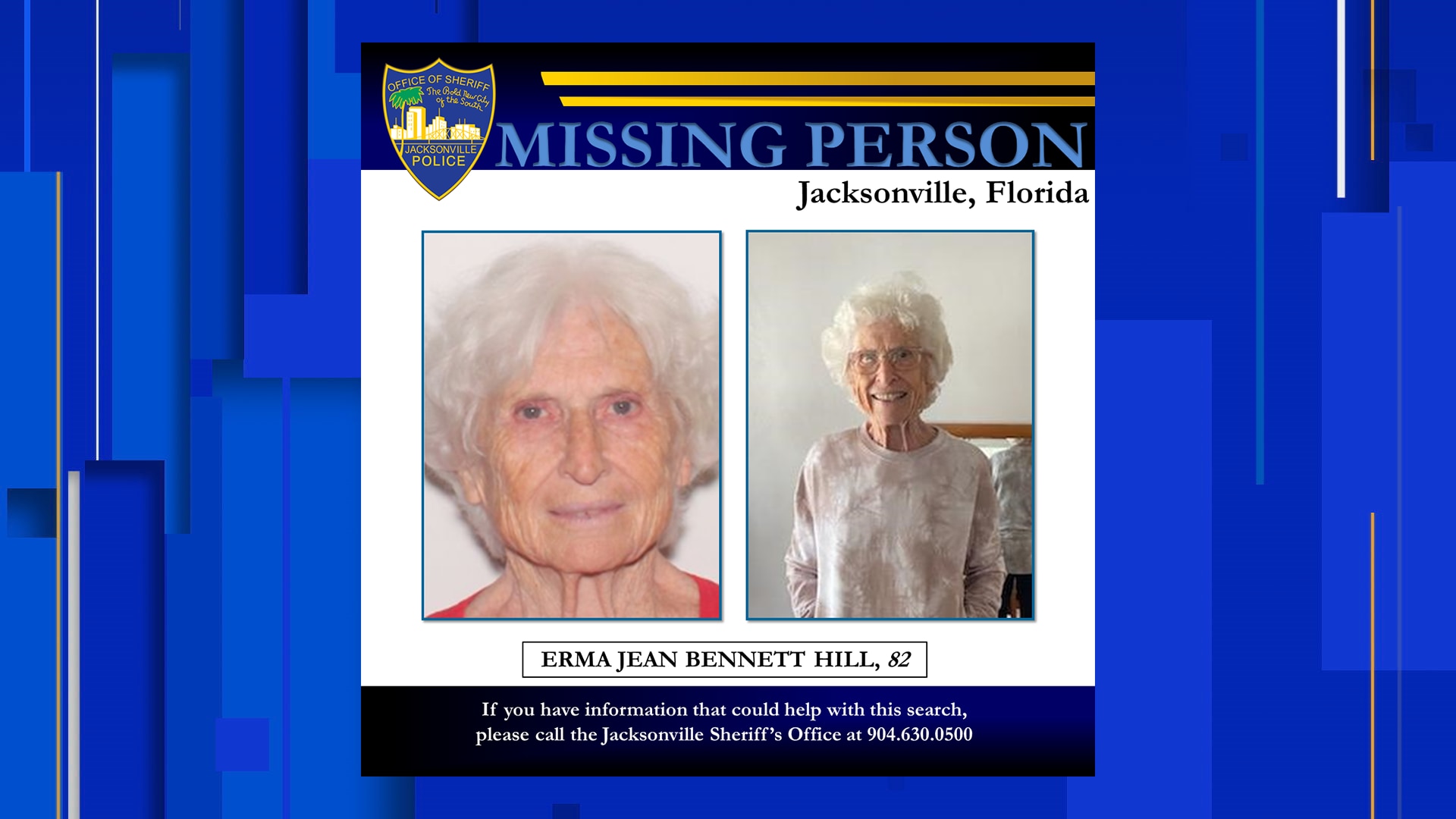 The Jacksonville Sheriff’s Office on Tuesday asked for help tracking down a missing 82-year-old woman.

According to the Sheriff’s Office, police responded to the area of Brackridge Boulevard South and Belfort Road just after 1 p.m. Police said the woman, Erma Jean Bennett Hill, was last seen at her residence by a caregiver between 11 a.m. and noon.

Hill is said to be 5-feet 2-inches tall and weighs 110 pounds. She was last known to be wearing a red V-neck shirt, black headband, black jeans and black shoes.

At least 20 dead in South African club; cause of deaths still a mystery