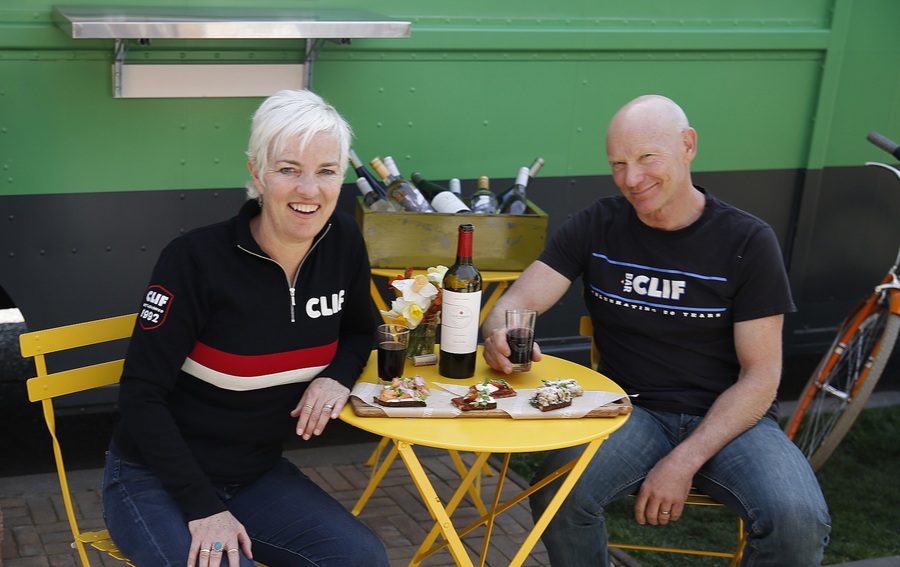 Mondelez International, the snack food conglomerate that owns brands such as Oreo, Ritz, Triscuit, Trident, Stride, and Chips Ahoy!… among many, many others… just announced it has reached a deal to add a new brand to its roster: Clif Bar.

A snack brand being acquired is perhaps not normally interesting-enough to warrant a Celebrity Net Worth story. However, Clif Bar’s history and current ownership structure is a bit unique. Unlike most food brands that have been around for decades and finally sell-out for billions, Clif Bar was not owned by a dozen investors and venture capitalists. Clif Bar was small, family affair.

First off, the company’s founder Gary Erickson worked with his mom, a master baker, to create the very first Clif Bars. Second, Gary named the company after his father Clifford, the man who encouraged him to follow his passions and appreciate the wilderness. And finally, at the time of the sale, Clif Bar was majority owned by just two people: Gary and Kit Crawford… his wife, and longtime co-CEO.

A tale as old as time: Necessity was the mother of Clif Bar’s invention.

Back in 1990, Gary Erickson was running a bakery in Emeryville, California. He loved baking but hated running a bakery – especially one that was struggling to make ends meet. The whole purpose of being his own boss and running the bakery was to provide a lifestyle where he could rock climb and go cycling whenever he chose. Instead he found himself tied to the bakery 24/7 trying to make the business work.

One morning, Gary and a friend managed to get away for what was supposed to be a 125-mile bike ride through the mountains. For nourishment, Gary brought along six energy bars.

Gary and his friend ended up riding 175 miles that day and along the way Gary ate five of the six energy bars. He was still starving after fifth, but couldn’t stomach another “unappetizing, sticky, hard-to-digest bar.”

He would later describe this moment as “the epiphany.”

As he would learn roughly three decades later, that moment was actually a multi-billion dollar epiphany.

Gary practically drove straight from his ride to his mom’s house. His mom was the best baker he knew. Together they spent the next six months experimenting and perfecting. After thousands of failed attempts, they eventually landed on a bar that had just the right mix of nutritious ingredients and delicious taste. The final winning product was actually a remix of his mom’s recipe for oatmeal + chocolate chip cookies.

Gary named their creation the “Clif Bar,” in honor of his father Clifford who taught him how to enjoy and appreciate the wilderness AND always encouraged him to follow his passions in life.

After getting taste-test approval from friends, Gary went door-to-door to bike shops around the Bay Area to make the first sales.

Jessica Chastain: I Tried to Bring ‘Calmness’ to Oscars After Will Smith Slap During ‘Weird Night’