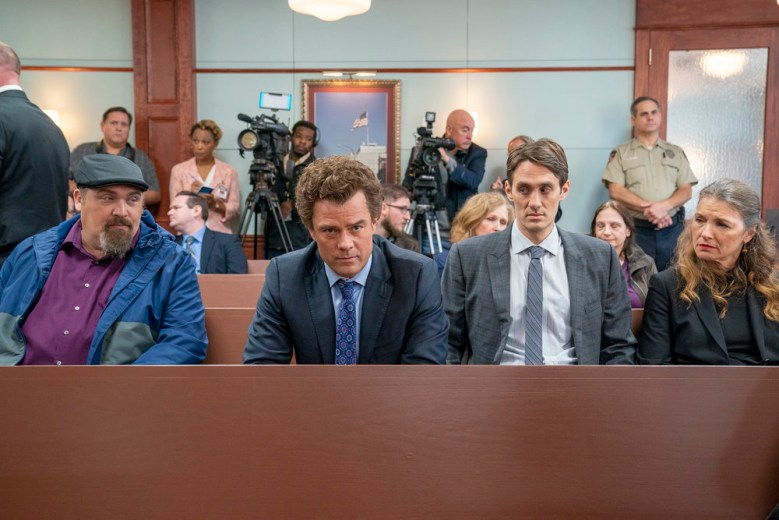 Renée Zellweger has been justly celebrated for her astonishingly transformative performance as Midwestern murderer Pam Hupp in the NBC series “The Thing About Pam,” but the key to the show’s greatness lies in the fact that the entire supporting cast is worthy of sharing the screen with her. Showrunner Jenny Klein’s vision for the series, which has the breadth of an Altman-esque ensemble piece with the penetrating complexity of a deep-dive character study, demanded that every role from the day players on up be played with precision, empathy, and wit — all while respecting the gravity of the real-life tragedies being depicted.

“I’ve been in this position [of casting true stories] a couple of times, and I do think there are added responsibilities and challenges,” casting director Terri Taylor told IndieWire. “It goes beyond physical resemblance, because you don’t want to just cast a lookalike. You want to be able to capture the essence of the human being, but also stay true to the kind of story the filmmakers are trying to tell.”

In the case of “The Thing About Pam,” that meant finding actors who could navigate the unusual tonal complexities of Klein’s style, which is part satire, part docudrama, and part devastating tragedy. (The show is a coproduction between NBC News Studios and Blumhouse Television, which gives you an idea of its unusual combination of elements.) “We needed actors who could handle the heavy lifting of that very complex needle that we wanted to thread,” Taylor said. “Actors who could make us feel the trauma and the sadness connected with this absurd story but who also had a sense of humor that they could capitalize on.”

“The Thing About Pam”

Josh Duhamel, who plays defense attorney Joel Schwartz, perfectly embodies Taylor’s approach; as Schwartz sees his client railroaded by a justice system that inexplicably defers to the truly guilty and psychotic Pam, Duhamel conveys the character’s frustration and bewilderment so palpably that it’s simultaneously hilarious and deeply upsetting. “We needed the kind of charm and charisma Josh has, and we also needed someone who would feel like a fish out of water in Troy, Missouri,” Taylor said. “Josh ticked all those boxes.” In a nice piece of kismet, just as Taylor and Klein were zeroing in on Duhamel, they got an email from NBC suggesting the actor, revealing that everyone was on the same page. “I think it was just meant to be.”

For the part of Leah Askey, a prosecutor who is both completely wrong in her assumptions and completely unyielding in her belief that she is right, Taylor went to frequent collaborator Judy Greer, recently seen in another pair of Blumhouse projects, David Gordon Green’s “Halloween” reboot and its sequel. “Judy is part of our repertory company,” Taylor said. “There’s no hiding our affection for her, she’s just unbelievably talented.” Taylor’s history with Greer goes back to the first film Taylor had a casting director credit on, “13 Going on 30. “When …read more

Amber Heard Has Signed A “Multi-Million Dollar” Book Deal, But Could End Up Back In Court Over Defamation