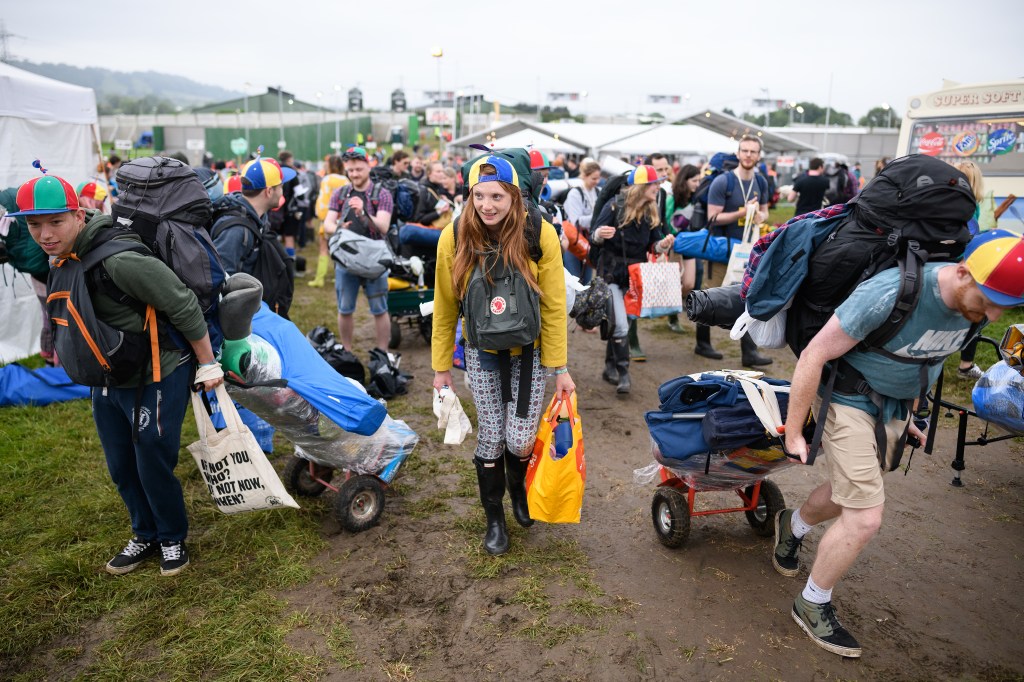 Festival-goers have finally returned to Glastonbury in 2022 (Picture: Leon Neal via Getty)

Thousands of people will descend on Worthy Farm in Somerset for the Glastonbury Festival over the next few days, as the event returns after three years.

The festival become quintessential for musical-lovers, and has played host to everything from weddings to huge-scale climate change protests as well.

But a lot has changed since the event first started, including the number of people that attend.

So, how many people are at the festival this year?

How many people are at Glastonbury this year?

This year marks 52 years of the Glastonbury Festival, with the event starting in 1970.

Back when it first began, tickets were just £1 each, with only a few thousand people seeing the headliners.

The event outgrew Worthy Farm in 1985, and the adjacent Cockmill Farm was purchased in order to allow for the festival’s expansion.

This year, more than 3,000 performers and 200,000 fans will attend the event – the maximum capacity for Worthy Farm.

What year had the highest turnout?

This year could see the official attendance record broken, overtaking 2002‘s festival when 153,000 tickets were sold with The White Stripes, Coldplay, and Kylie Minogue headlining.

Unofficially, other years have seen higher numbers, with many gatecrashers finding their way into the festival each year.

The largest number of attendees is thought to have been in 1994, when around 300,000 people turned up – a significant number of them who had not bought tickets.

According to estimates, there were enough fence-jumpers to double the festival’s size.

The festival was again overcrowded due to fence-jumpers in 1999, and in 2000 an additional 100,000 people gatecrashed the site, increasing the attendance to an estimated 250,000 people total.

This led to public safety concerns and the local District Council refused any further licences until 2002.

MORE : Rain expected at Glastonbury after people battle through train strikes to get there