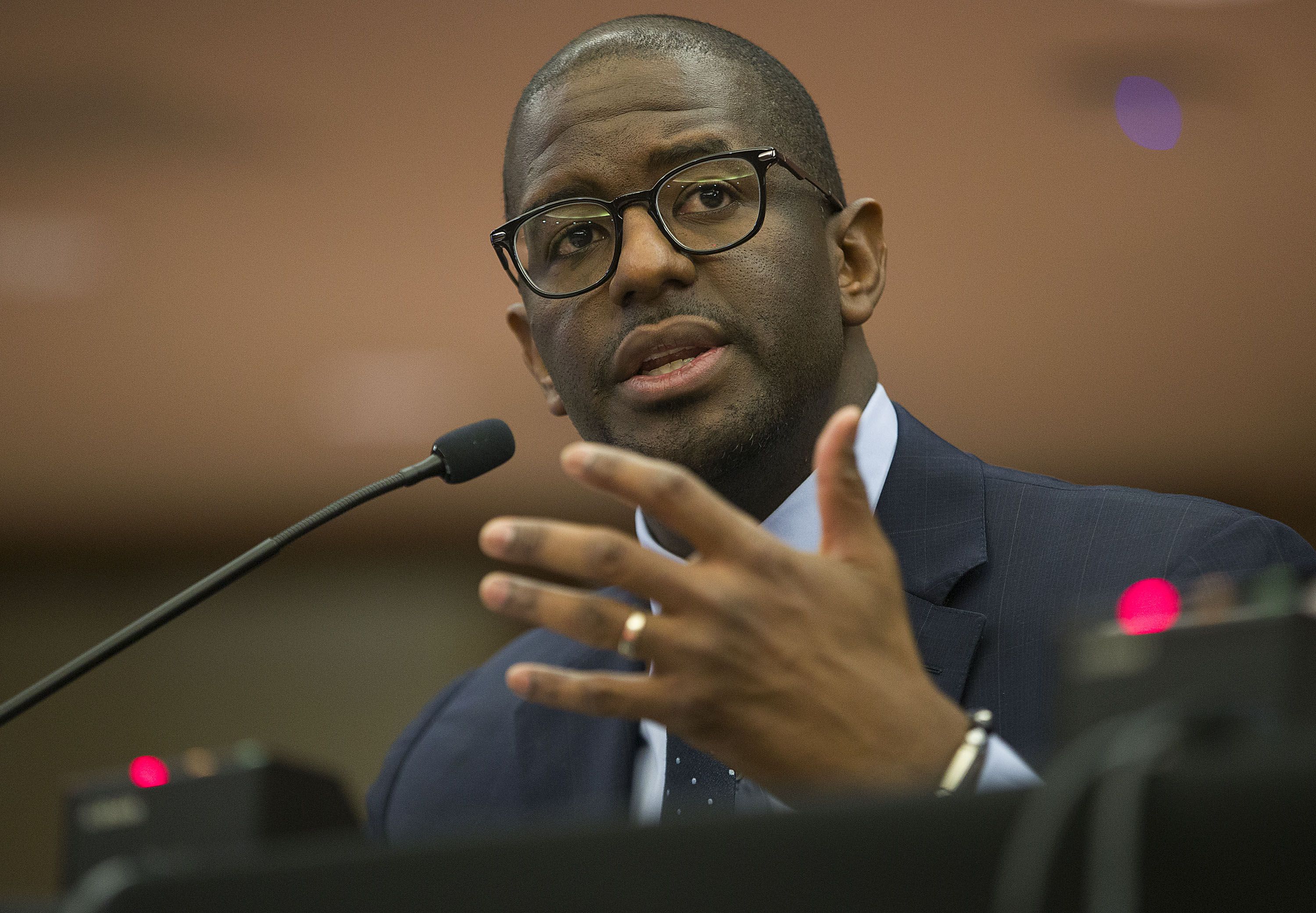 A federal grand jury has returned a twenty-one-count indictment against Andrew Demetric Gillum, 42, and Sharon Janet Lettman-Hicks, 53, both of Tallahassee, Florida, according to a release on Wednesday.

The indictment was announced by Jason R. Coody, United States Attorney for the Northern District of Florida.

The Indictment alleges that between 2016 and 2019, Gillum and Lettman-Hicks conspired to commit wire fraud, “by unlawfully soliciting and obtaining funds from various entities and individuals through false and fraudulent promises and representations that the funds would be used for a legitimate purpose.”

The Indictment also alleges the two used third parties to divert a portion of those funds to a company owned by Lettman-Hicks, who then fraudulently provided the funds, disguised as payroll payments, to Gillum for his personal use.

Both are being charged with 19 counts of wire fraud. Gillum is also charged with making false statements to agents of the Federal Bureau of Investigation.

The initial appearance is scheduled for Wednesday, June 22, 2022, at 2:00 pm, at the United States Courthouse in Tallahassee in the Magistrate Judge’s Courtroom on the main floor.

The maximum terms of imprisonment for the offenses are as follows:

Gillum faces a maximum sentence of 45 years in prison if convicted.

The investigation was conducted by the Federal Bureau of Investigation. The case is being prosecuted by Assistant United States Attorneys Stephen M. Kunz and Andrew J. Grogan.

This is a developing story. This article will be updated throughout the day.