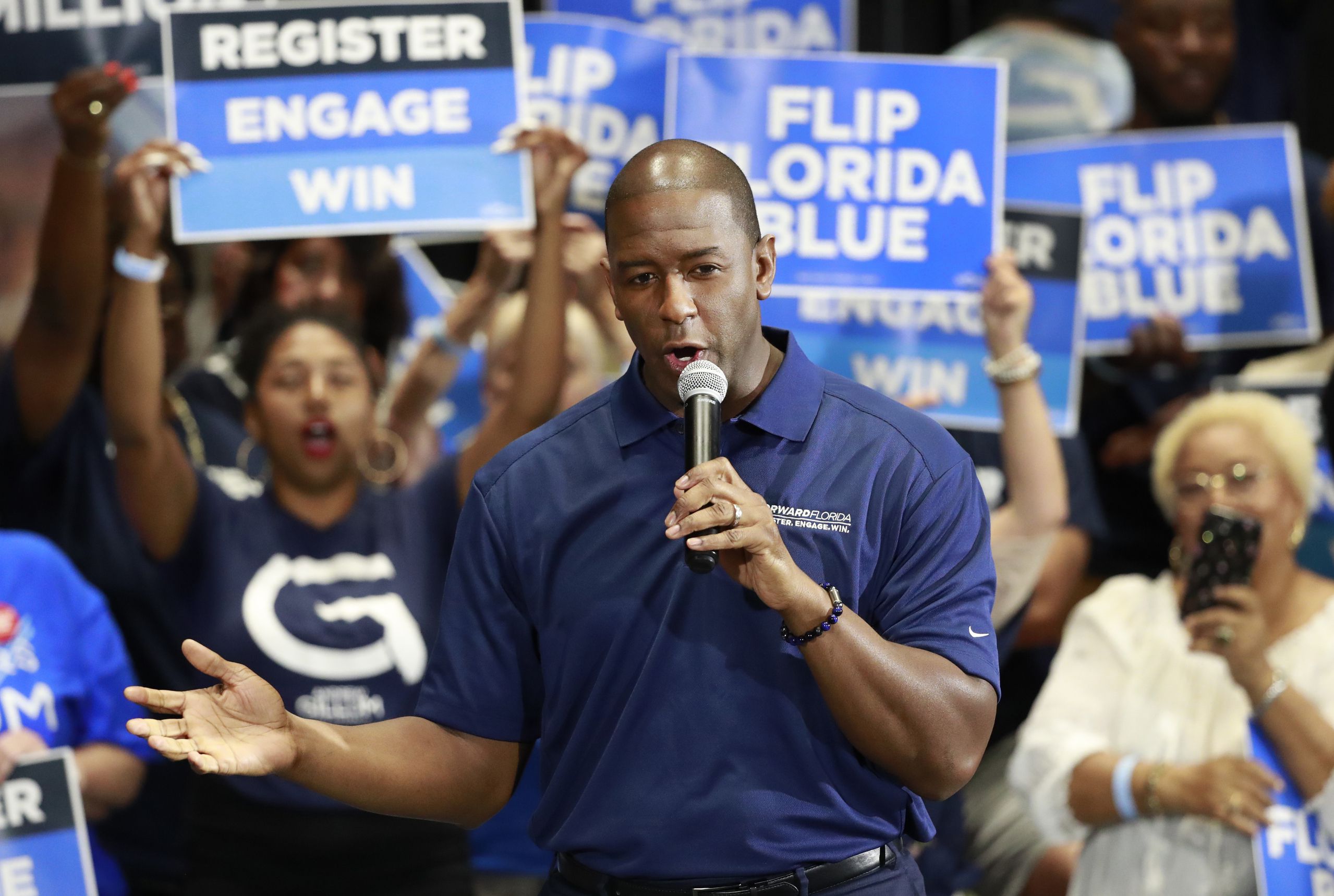 Andrew Gillum, the 2018 Democratic nominee for Florida governor, is facing 21 federal charges related to a scheme to seek donations and funnel a portion of them back to him through third parties, the U.S. attorney’s office announced Wednesday.

The U.S. attorney’s office said the pair “conspired to commit wire fraud, by unlawfully soliciting and obtaining funds from various entities and individuals through false and fraudulent promises and representations that the funds would be used for a legitimate purpose.”

Lettman-Hicks then used her company to fraudulently give money to Gillum disguised as payroll payments, the office said in a press release.

“Make no mistake that this case is not legal, it is political. Throughout my career I have always stood up for the people of Florida and have spoken truth to power. There’s been a target on my back ever since I was the mayor of Tallahassee. They found nothing then, and I have full confidence that my legal team will prove my innocence now,” Gillum said in a statement released by his lawyers.

Gillum met with undercover FBI agents posing as developers while he was mayor and during his campaign for governor. His associates sought donations from the agents, and suggested ways to provide money without listing them as political contributions, including paying for a fundraising dinner, according to the indictment.

The agents were asked to contribute $100,000 to Gillum’s campaign and said the money could be given to a private company in order to keep the agents’ names out of campaign finance documents. The agents said they would want favorable consideration on development projects and were told that wouldn’t be a problem, according to the indictment.

The agents also met with Gillum in New York City and paid for his hotel, food and drink, a boat ride and a ticket to see “Hamilton,” according to the indictment.

Later, other FBI agents interviewed Gillum and asked if he had contact with the undercover agents. Gillum told them that he never asked for or received anything from the “developers,” and stopped communicating with them after they tried to link contributions to support for their projects, the indictment said.

It’s the latest trouble for Gillum, who lost to Republican Gov. Ron DeSantis in a race that required a recount. Gillum fell 32,464 votes short of being elected out of more than 8.2 million ballots cast.

Gillum served as mayor of Tallahassee before running for governor. He won a crowded Democratic primary against better funded candidates with 34.4% of the vote, stunning political observers. The charismatic politician won over the hearts of hardcore Democratic activists and ran a strong grassroots campaign.

After losing, Gillum was still seen as a rising star in Democratic politics and was hired as a CNN analyst.

Then, in March 2020, Gillum was found intoxicated and unconscious in a hotel room with two men, including one who works as a male escort. …read more

To some defenders, gun ruling could right a racial wrong

EXPLAINER: What’s the impact of a Russian debt default?

Russia strikes Kyiv as troops consolidate gains in the east