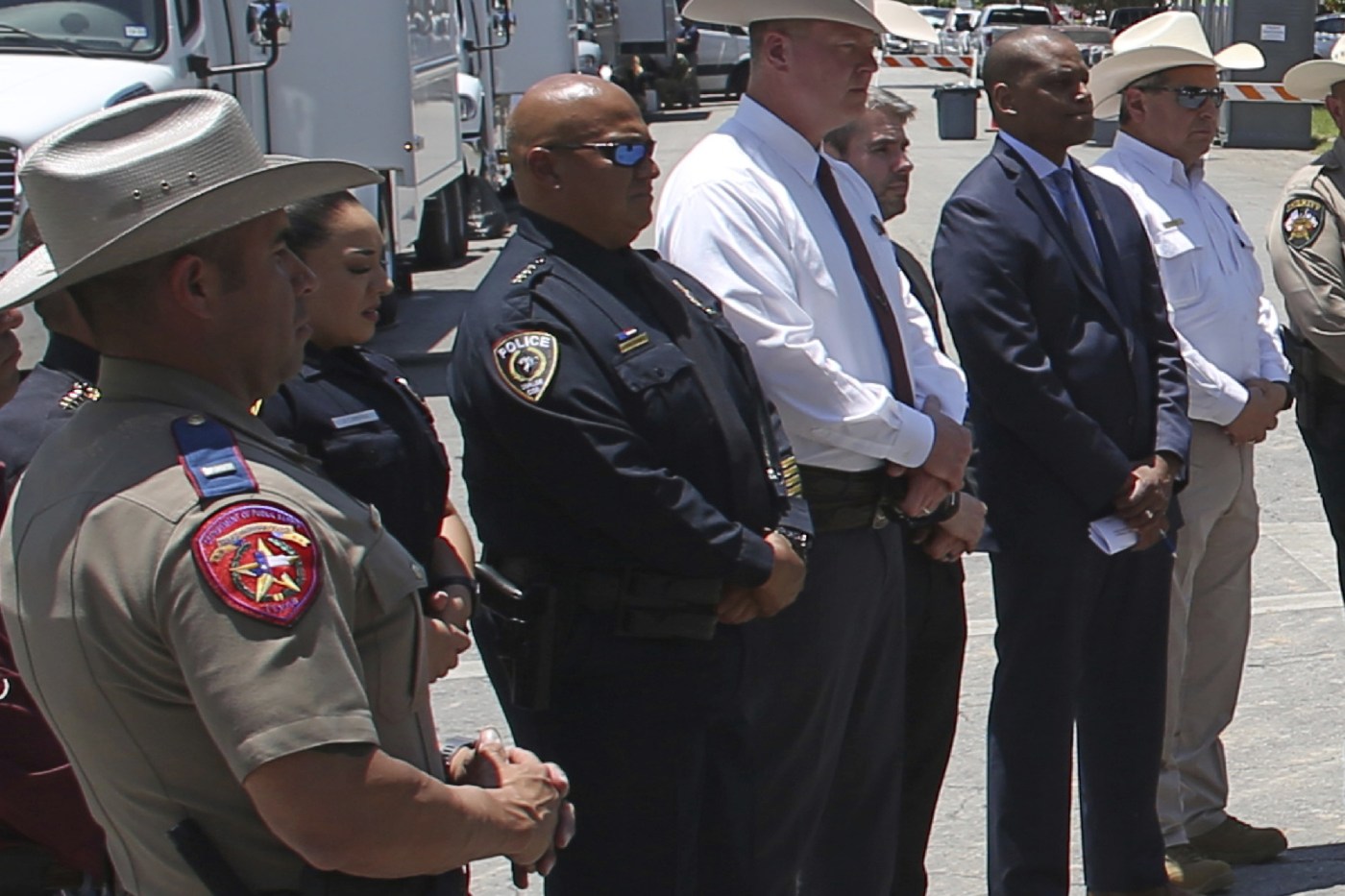 UVALDE, Texas — The Uvalde school district’s police chief was put on leave Wednesday following allegations that he erred in his response to the mass shooting at Robb Elementary School that left 19 students and two teachers dead.

Uvalde Consolidated Independent School District Superintendent Hal Harrell said that he put schools police Chief Pete Arredondo on administrative leave and that another officer would assume the embattled chief’s duties. In a statement, Harrell did not give a reason for removing Arredondo but said it remains unclear when district officials will know the outcome of the investigation into the shooting.

Col. Steven McCraw, director of the Texas Department of Public Safety, told a state Senate hearing on Tuesday that Arredondo — the on-site commander — made “terrible decisions” as the massacre unfolded on May 24 , and that the police response was an “abject failure.”

Three minutes after 18-year-old Salvador Ramos entered the school, sufficient armed law enforcement were on scene to stop the gunman, McCraw testified. Yet police officers armed with rifles waited in a school hallway for more than an hour while the gunman carried out the massacre. The classroom door could not be locked from the inside, but there is no indication officers tried to open the door while the gunman was inside, McCraw said.

McCraw has said parents begged police outside the school to move in and students inside the classroom repeatedly pleaded with 911 operators for help while more than a dozen officers waited in a hallway. Officers from other agencies urged Arredondo to let them move in because children were in danger.

“The only thing stopping a hallway of dedicated officers from entering Room 111 and 112 was the on-scene commander who decided to place the lives of officers before the lives of children,” McCraw said.

Stock Market: Suez Canal Update! Floating!
Why There’s a Chance We Heard From Aliens Back in 1977

What will Clippers do with 43rd pick? It’s a mystery

When Harry met Oprah, it was a post-wedding talk on non-royal future, author says

You Know What’s Missing From the ‘Dobbs’ Opinion? Women.