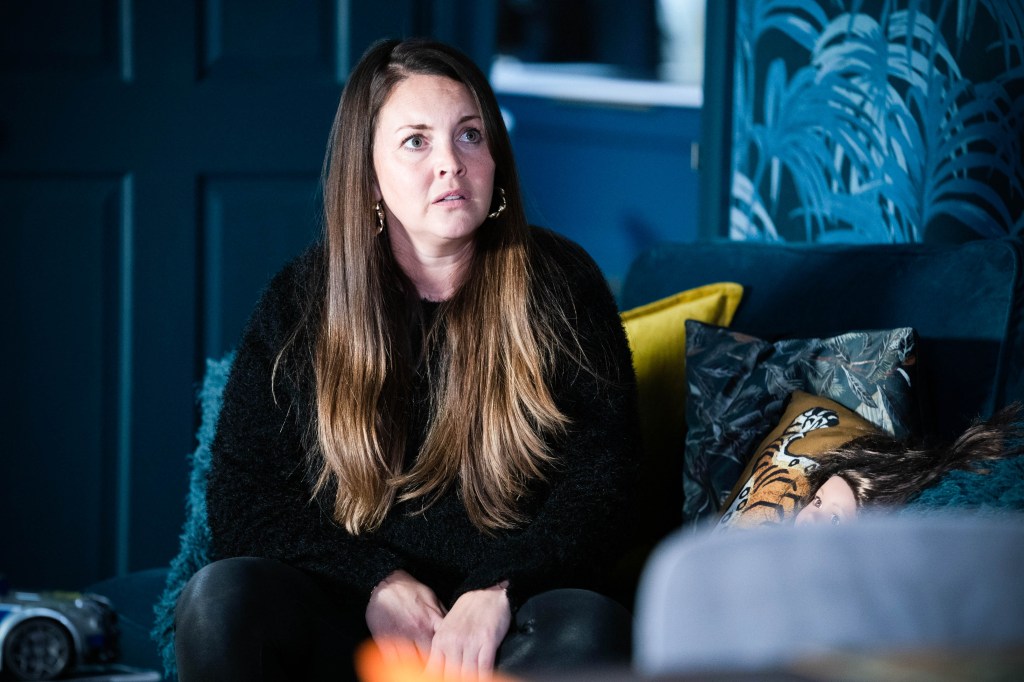 Stacey learns about the Panesars’ past (Picture: BBC)

While hiding behind a sofa.

Suki’s anxiety is high throughout most of the week as she’s aware Mr Panesar’s release date from prison is nearing ever closer.

She also has trouble with Ash (Gurlaine Kaur Garcha) and tries to stop her moving to Canada by applying for a GP job on her behalf.

Meanwhile, Stacey prepares to meet up with Kheerat (Jaz Deol) at number 31.

When Billy (Perry Fenwick) tells Suki that he’s heard people inside, she rushes in to check along with Eve (Heather Peace) and Ash.

Kheerat arrives to see them, unaware Stacey is hiding behind the sofa.

The Saturdays singer Mollie King pregnant with first child: ‘We’re over the moon’

Pictured: ‘Perfect’ mum stabbed to death alongside son, 5, at their home

As Stacey absorbs the information, she interrogates Eve the next day.

When Suki invites Eve for lunch to thank her for her support, Eve agrees Stace can tell Kheerat – but how will this impact things?

Does Suki have a different view of Mr Panesar to the children?

Glastonbury’s Emily Eavis emotional as people return to Worthy Farm for first time in three years: ‘I had to step away’